Rules of the Game: Archery

Could you hit an apple 76 yards away with an arrow? That's basically what archers will be trying to do. 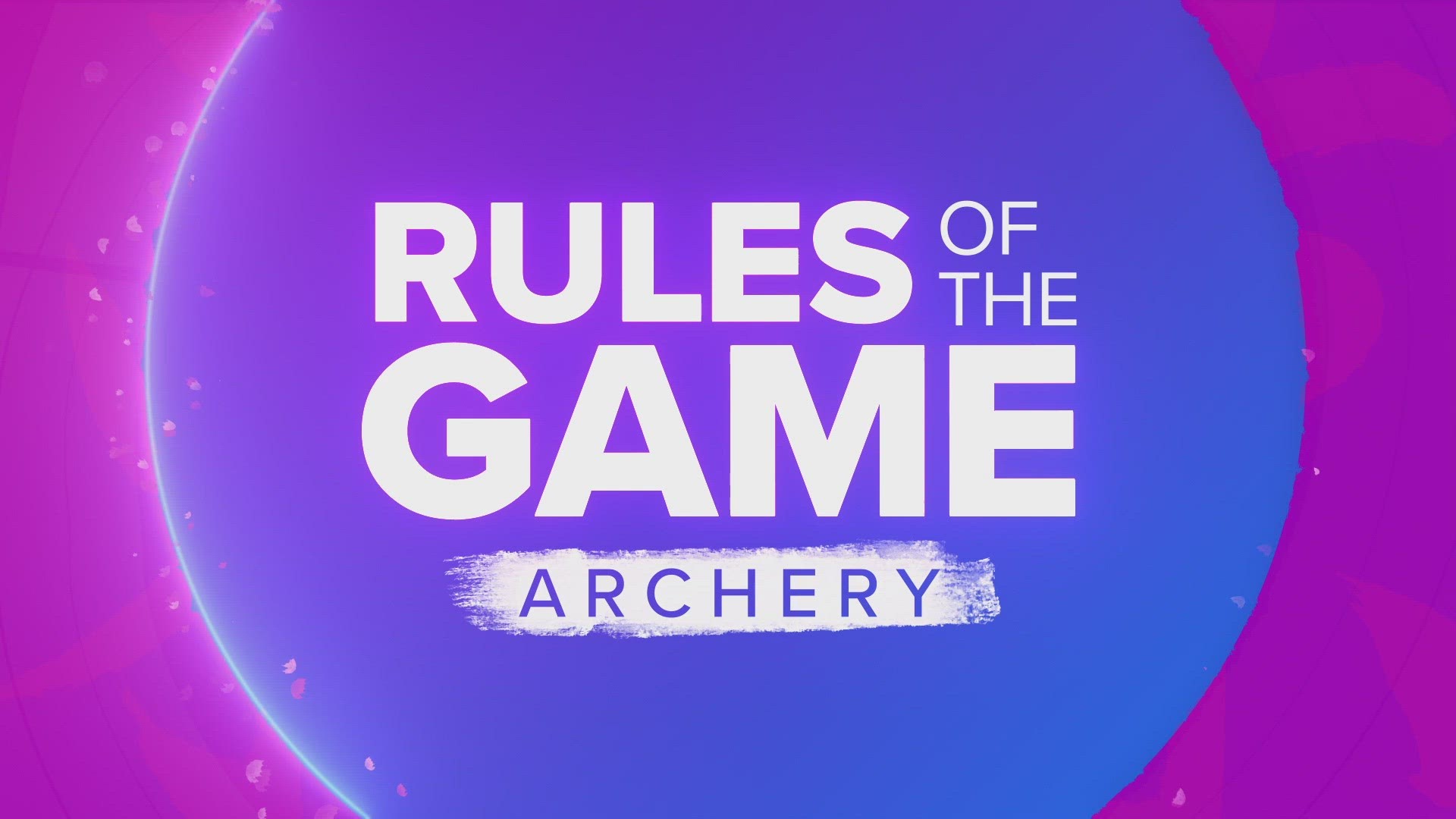 Olympic archery targets are 122 centimeters in diameter -- about four-feet wide. There are ten scoring rings separated into five colors. The inner color is gold. If you hit the very center -- about the size of an apple -- it's 10 points. Points get lower the farther out you go.

Archers shoot from a distance of 70 meters, or about 76 yards. Think about that. If you were standing at the 34-yard-line of a football field, you'd be trying to hit an apple on the goal post at the opposite end of the field.

To start, all archers will shoot 72 arrows in the ranking round to determine seedings for both the individual and team events. The individual competition is set up in a 64-person bracket. The highest-ranking competitor faces the lowest, etc. (Think the NCAA tournament). Winners continue to advance toward the gold medal match.

Each match consists of sets or “ends.” In each set, archers get three arrows. And are given 20 seconds to shoot each one when it is their turn. The person with the highest score in each set gets two set points. If they tie, each person gets one set point. The first one to six set points wins the match. If it's tied after five sets, each person gets to shoot one arrow. The person closest to the bullseye wins unless they both shoot a 10 -- then they get a second arrow.