1 win from history, Baylor is focused on playing cleanly

The top seed in the South Region, Baylor has trailed in all three games during this NCAA Tournament. 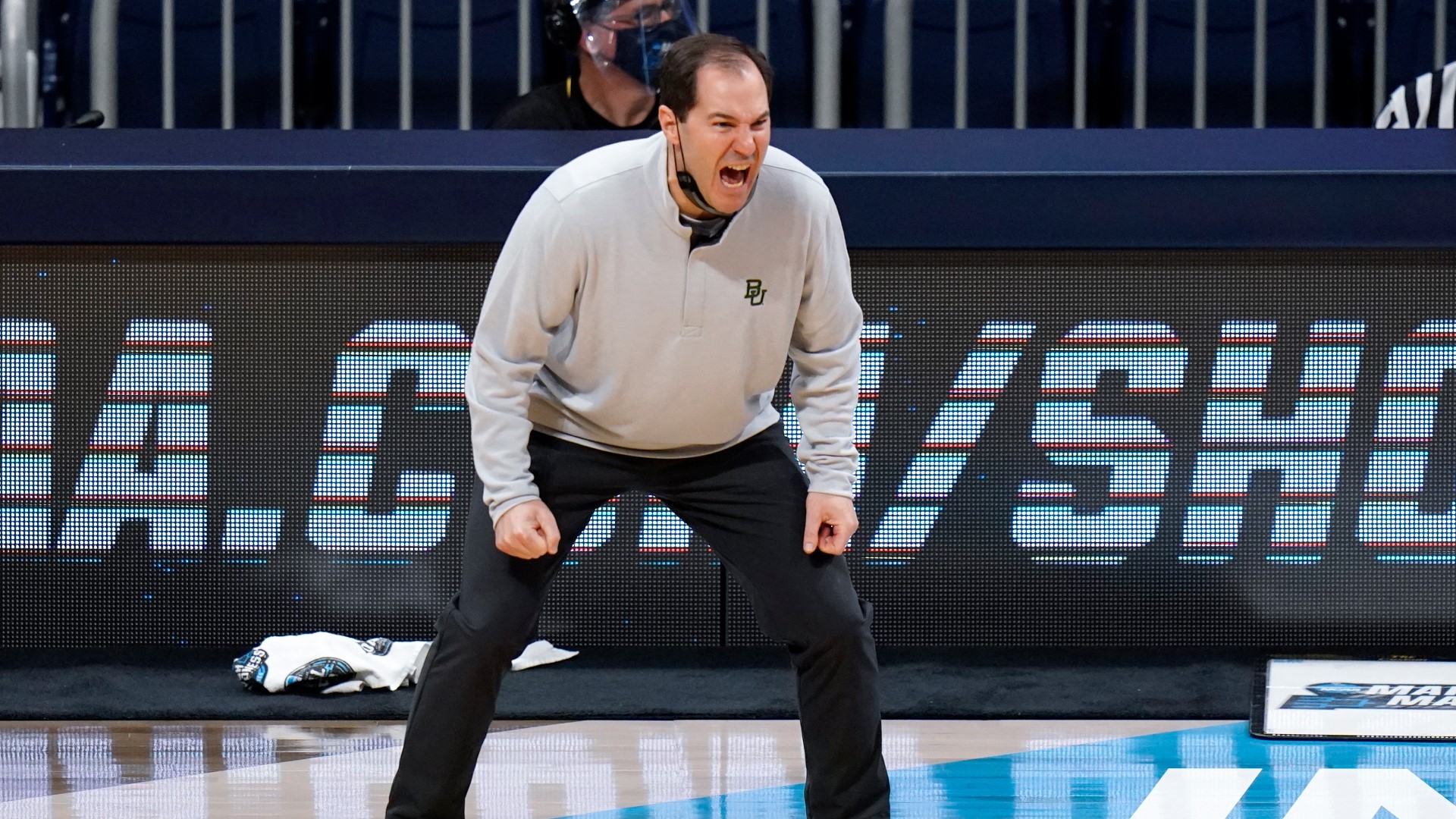 INDIANAPOLIS — Monday night, Baylor could do something it hasn't done since the NCAA Tournament was just eight teams.

No. 1-seed Baylor will play No. 3-seed Arkansas in the Elite Eight, as the former Southwest Conference rivals will play for the South Region's bid to the Final Four.

Arkansas hasn't been since 1995, the year it lost to UCLA in the National Championship Game in Seattle.

For Baylor, it's been since 1950, the last time the Final Four was played at Madison Square Garden in New York City. That was the same year the City College of New York famously became the only team to win both the NCAA Tournament and NIT titles.

The Bears have two things going for them entering the game Monday night. First, their defense has sparked big runs to give Baylor a lead in all three NCAA Tournament games.

The second is their guard play, from Jared Butler, Davion Mitchell, MaCio Teague, Adam Flagler, all of them. At least, according to Arkansas coach Eric Musselman.

"I can go all the way down the line," Musselman said Sunday. "They're all great shooters, they can beat you off the bounce, they have great spacing, they defend as perimeter players. This is just a really, really difficult team to prepare for."

The biggest key for Baylor in Monday's game is to play well and play clean for all 40 minutes. In all three NCAA Tournament games this year, the Bears have trailed.

Just like Arkansas, which has won 12 of its 13 games since losing to Oklahoma State in the Big 12-SEC Challenge on Jan. 30th.

"They're basically the hottest team in the country, besides Gonzaga," Baylor coach Scott Drew said Sunday. "So, you're playing a team that has a lot of momentum, a lot of confidence. They really get after you, doesn't matter if you're up or down, they're never out of it."

The Razorbacks came from behind to beat Colgate, Texas Tech and, most recently, cinderella Oral Roberts in the Sweet 16.

While they also boast a coach with NBA coaching experience, Baylor has a coach who's been on this stage in college basketball before.

Drew coached Baylor to the Elite Eight twice: against Duke in 2010 and Kentucky 2012.

Although, this is his first trip since losing to Kentucky in this round in Atlanta nine years ago, Drew said Sunday there's things he and his coaching staff learned in preparing for this round that they're sharing with the players.

The Bears will go for history Monday night, looking to accomplish a feat taken from them 12 months ago by a global pandemic. Texas has two teams in the Elite Eight (Houston) for the first time since 1968.

Houston will look to put Texas teams in back-to-back Final Fours for the first time since the Cougars went in 1983 and 1984. They'll tip against Oregon State at 6:15 p.m. cenral.

Baylor and Arkansas will follow, scheduled for an 8:57 p.m. CT start.