Sure, there are some new recruiting footprints and a chance to expand the conference's presence from sea to shining sea, but what else do they add? 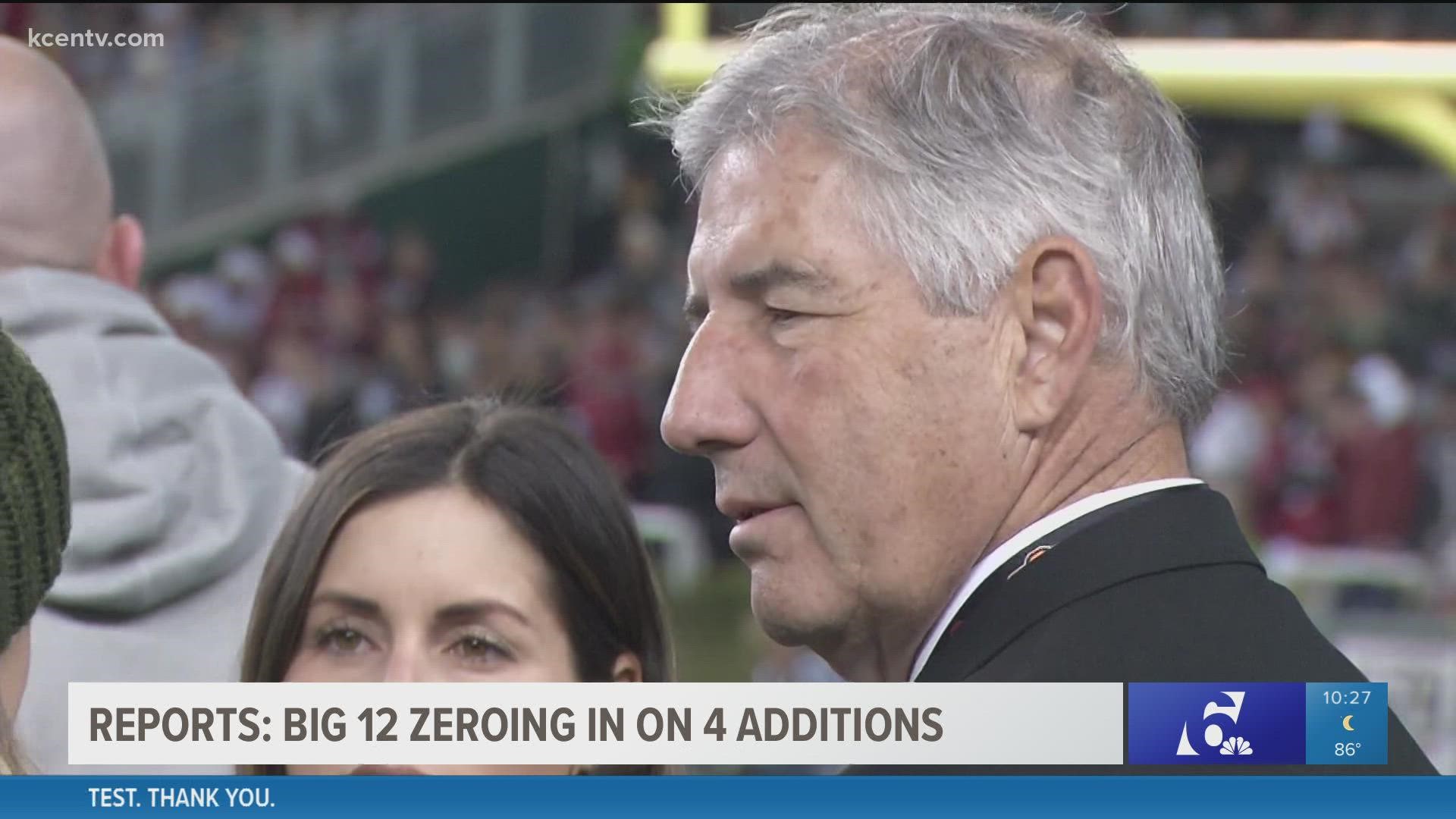 They all stated that the league was zeroing in on adding Houston, UCF, BYU and Cincinnati into the fold to keep the league alive. They were all published just a day after a vague statement from the conference essentially admitted the conference knew it needed to expand to survive.

Let's start by addressing the obvious: aside from Nebraska, these are four of the only six options the conference had. The Big 12 was never going to get Nebraska to sacrifice its finances for the sake of winning. The two schools it appears to be moving past are SMU and Memphis.

In basketball, these schools add plenty.

Three of the four have made runs to at least the Elite Eight of the NCAA Men's Basketball Championship. Houston and Cincinnati each boast a rich basketball tradition they're trying to revitalize. And, in Houston's case, it appears they have.

But what do these programs add in football?

Two of the four have come close to making the College Football Playoff in UCF (twice) and Cincinnati.

Houston brings in flashy new facilities, a former power-conference coach and a needed re-expansion of the conference's Texas footprint, taking back the Houston television market (even if it is more than a decade after losing it to the SEC).

UCF gives the Big 12 a highly-desired Florida footprint. It's recently had a stretch of consecutive undefeated regular seasons. But after its head coach jumped to his alma mater Nebraska after the Golden Knights' 13-0 season, it simply hasn't gone well.

And things don't bode well for their most recent head coach who left for the power-conference table in Josh Heupel at Tennessee.

Why bring them up?

Because power-conference football is a different animal.

BYU, since its hey-day in the 1980's, has become the G5 school most determined to gain the Power 5 status it felt it should have had the entire time.

The devoutly-religious private school brings a presence for the conference on the West Coast.

Cincinnati adds Ohio and a coach with well-documented experience as an interim at a blue blood program.

But what do any of these football programs have that the remaining eight members don't?

Their facilities are comparable.

Their TV ratings are comparable.

There are national championships among the remaining eight, so they don't add that.

Their ceilings are comparable.

There is nothing these four add to the Big 12 in football that it doesn't already have.

Sure, they make it an even more exciting basketball conference than watching Texas get upset by Abilene Christian in the first round. They bring more tradition than a school with fewer Final Fours than both Cincinnati and Houston that isn't on pace to make another (given its own record book) until 2030.

BYU can always shoot the basketball so well and Kelvin Sampson's Final Four run in April looks to be far from his last with Houston.

What this move indicates is that the SEC is right: There will no longer be a Power 5.

For years, the American Athletic Conference has been looked at as the unofficial sixth power conference. If this move goes through, which it appears it will, then the Big 12 simply becomes the new American: the league listed first when you get done naming the power players.

While this college realignment cycle is far from over and the cash cows (looking at you, Big Ten) haven't yet made all of their moves, it appears the Big 12 knows where its status is headed, no matter what additions it makes.

This decision, as much as Texas' and Oklahoma's to leave the league for the SEC, is driven by money. And, rightfully so.

The Big 12 lost millions of dollars when the Longhorns and Sooners back-channeled a move to college football's premier conference. These four programs, and the brand power they bring to college football, simply put pressure on the wound to slow the bleeding.

But that's it, because it's far from the brand power the conference just lost.

And, although all four have arguably greater brand-power than some schools already in power conferences (namely Vanderbilt and Wake Forest), they don't bring enough to elevate the Big 12 to the same status it held previously.