If you're looking for a fun activity, we've got you covered. 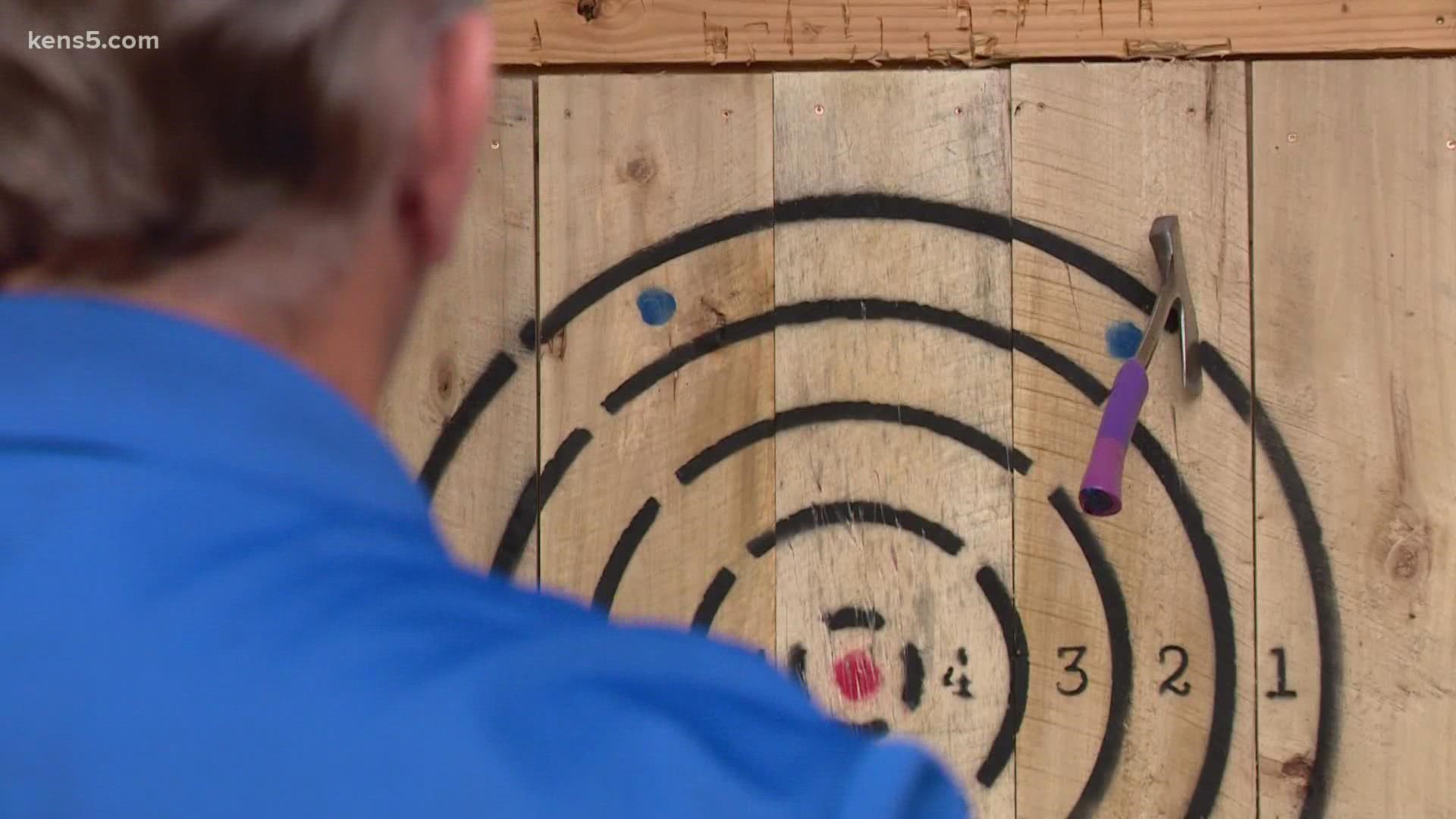 SAN ANTONIO — I grew up where it's really cold in the winter, so I have split more wood with an axe than I care to remember. But, I never thought about throwing one for sport. And boy, have I been missing out!

When I first heard about this sport, I remember thinking, "Who would want to stand and throw an axe at a piece of wood?" Oh my gosh is it fun. But, than again, I love competition.

"The person who starts out not being able to stick it ends up being the best thrower at the end of the night" says Sweaty Yeti Assistant Manager Zamantha Sigler. Sigler says it's gotten so popular, their inside and outside courts sell out on the weekends in advance!

It's actually more of a standard Estwing hatchet you can buy at many hardware stores. The key is the distance it's thrown and the type of wood in which you're trying to stick it.

Sweaty Yeti has locations not only in San Antonio, but Houston, Austin, Dallas, Denver, Cincinnati, Jacksonville as well as three other cities. And it's growing.

There is even a "World Axe Throwing League," with a Championship televised on ESPN. The San Antonio location is starting league play September 14. If you're interested in checking it out, click here.