Ever done yoga with farm animals? This place lets you channel your inner zen | Texas Outdoors

If yoga takes you deep inside your inner self, the crow of a rooster will bring you right back out! 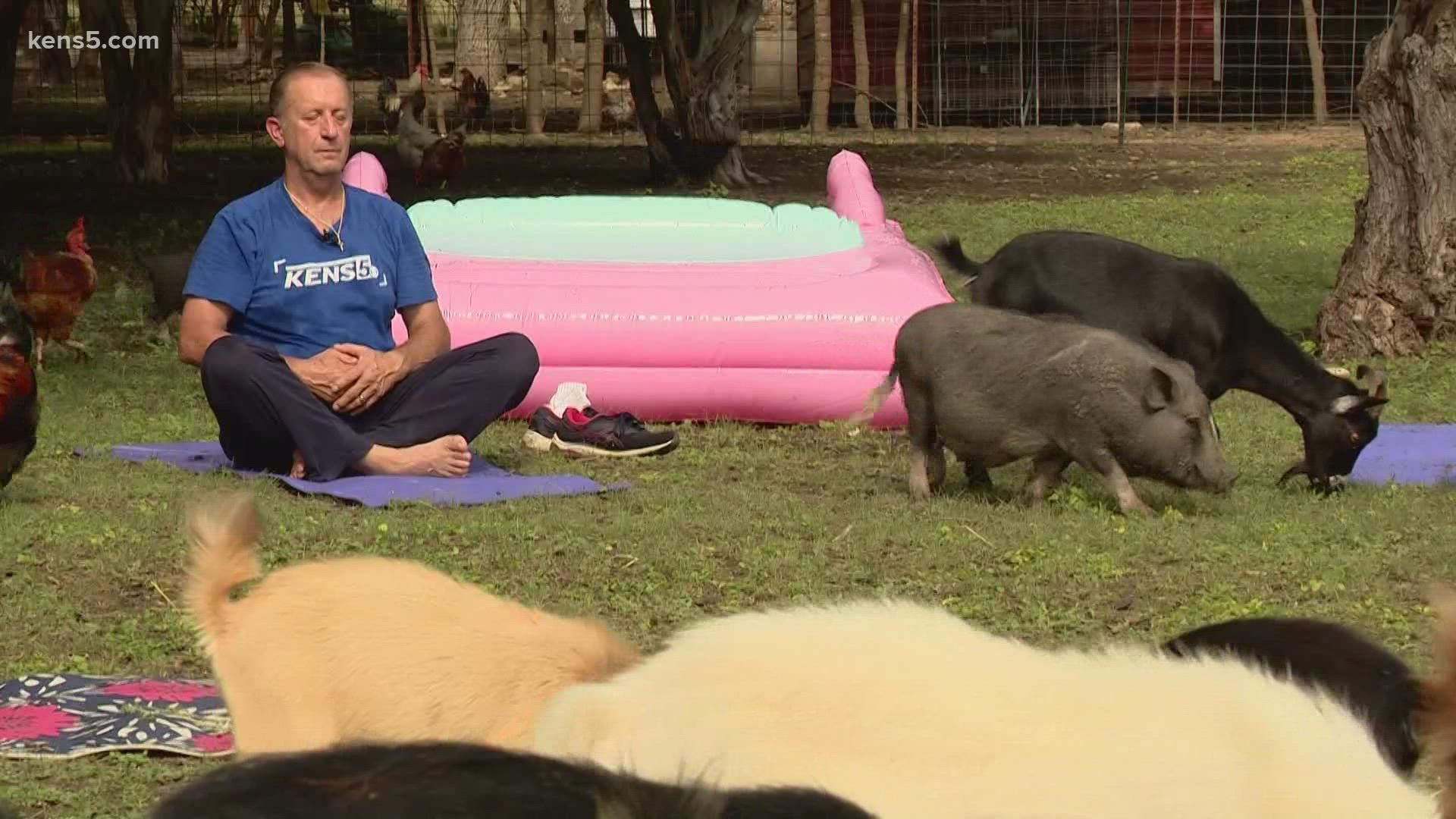 SAN ANTONIO — As my body grows older, I find I don't bend as easily as I used to, and it's much harder to get back up. So, I've been thinking about doing yoga. I've always heard it's tough at first, but it definitely helps your flexibility.

When someone first suggested I try doing "Farm Yoga," I thought it was a joke. Doing yoga with farm animals just didn't sound very practical to me. Now that I have tried it, I think I see a little more clearly as to why people are attracted to this.

"They’re reconnecting you back to nature, and it’s for calmness, for wellness" says Coco Trevino, the owner of Farm Yoga. Before a couple of years ago, Trevino had never really been on a farm.

She and her husband David decided they wanted out of the hustle and bustle of the city and bought a small farm off Potranco Road. Soon they had chickens, ducks, turkeys and goats.

Trevino says, "We have lots of friends who do yoga, and one of them saw this in Boston and said, You should try it!'"

They weren't really sure, so they invited some friends out to experiment with a class, and it went over so well. Other friends started calling asking when they could attend the next class.

Growing up in the country, farm animals don't bother me at all. I have to admit, I was a little skeptical about how it would work. But once the class began, I found myself immersed in not just the yoga, but the sights and sounds of the animals moving around us.

I don't know much about yoga, but I know I thoroughly enjoyed the experience, and the animals definitely added to it. I think I will start making time for more yoga and would enjoy the Farm Yoga as well.

About the author: Barry Davis is a morning anchor at KENS 5. He enjoys spending time with his wife, three kids and two dogs. He also loves to fish, hunt, ride his Harley, tinker with his 1967 Formula S Barracuda and do basically anything outdoors. Send your outdoor story ideas to bdavis@kens5.com.