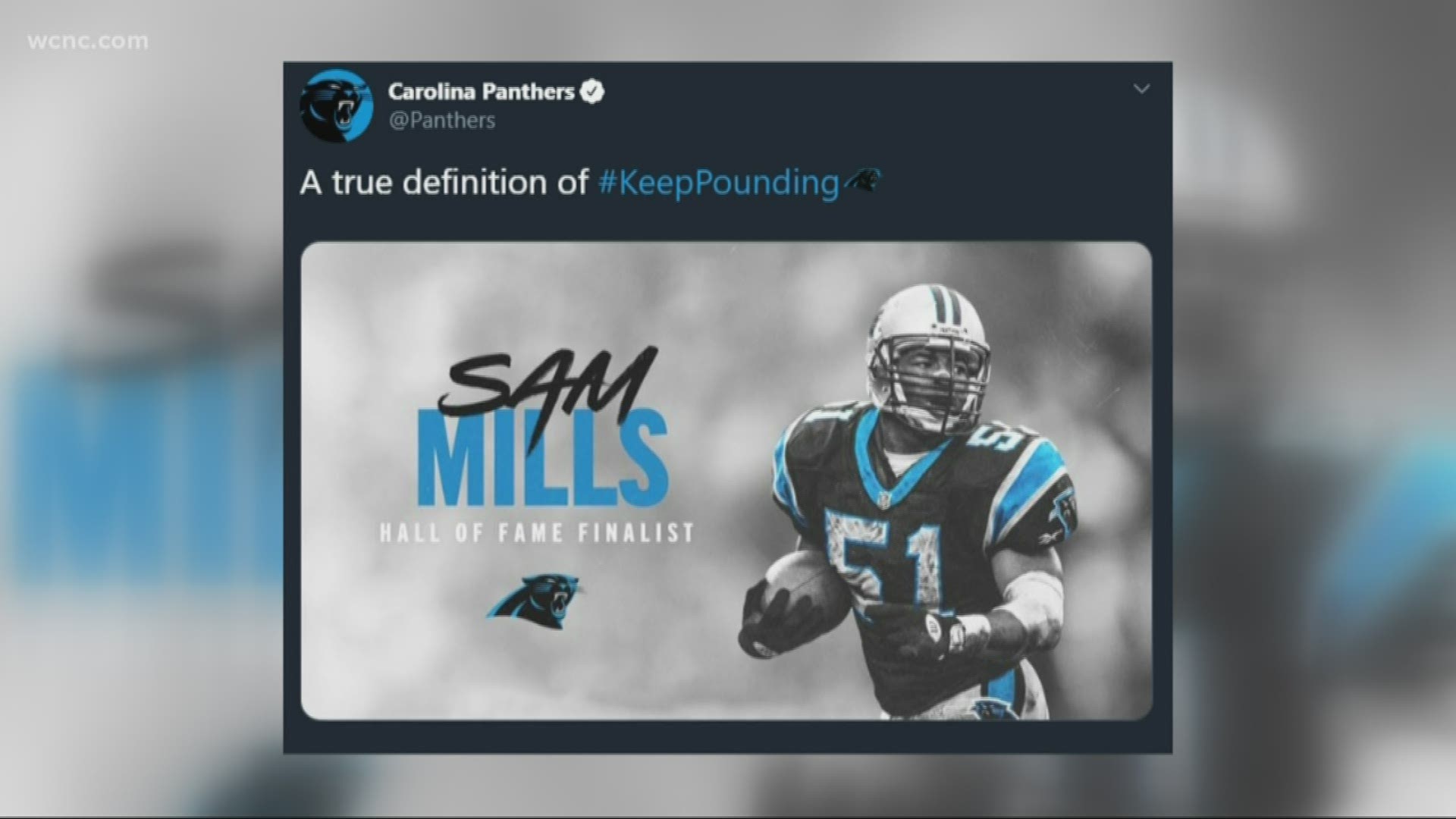 Mills spent his first nine seasons in the NFL with New Orleans before becoming one of the original Panthers in 1995. During three seasons with Carolina, Mills earned 331 tackles, 10 sacks and seven interceptions. He later joined the team as an assistant coach until 2004.

During Carolina's first ever playoff win, Mills had an interception return for a touchdown and was named an AP All-Pro, helping the team reach the NFC Championship Game in 1996.

Mills' legacy still remains, as he coined the team's "Keep Pounding" motto during a famous speech before the Panthers' 2003 playoff game against Dallas. Mills, who was battling intestinal cancer, told players and coaches to always keep pounding no matter what was in their way. He died from cancer in 2005.

As of January, Mills is the only player in franchise history to have his jersey number (51) retired and is a member of the Hall of Honor.

The Pro Football Hall of Fame's Class of 2020 will be introduced during the NFL Honors award show the night before Super Bowl LIV.