Alex Cora joins A.J. Hinch and Jeff Luhnow as team employees who have lost their jobs in the wake of the investigation. 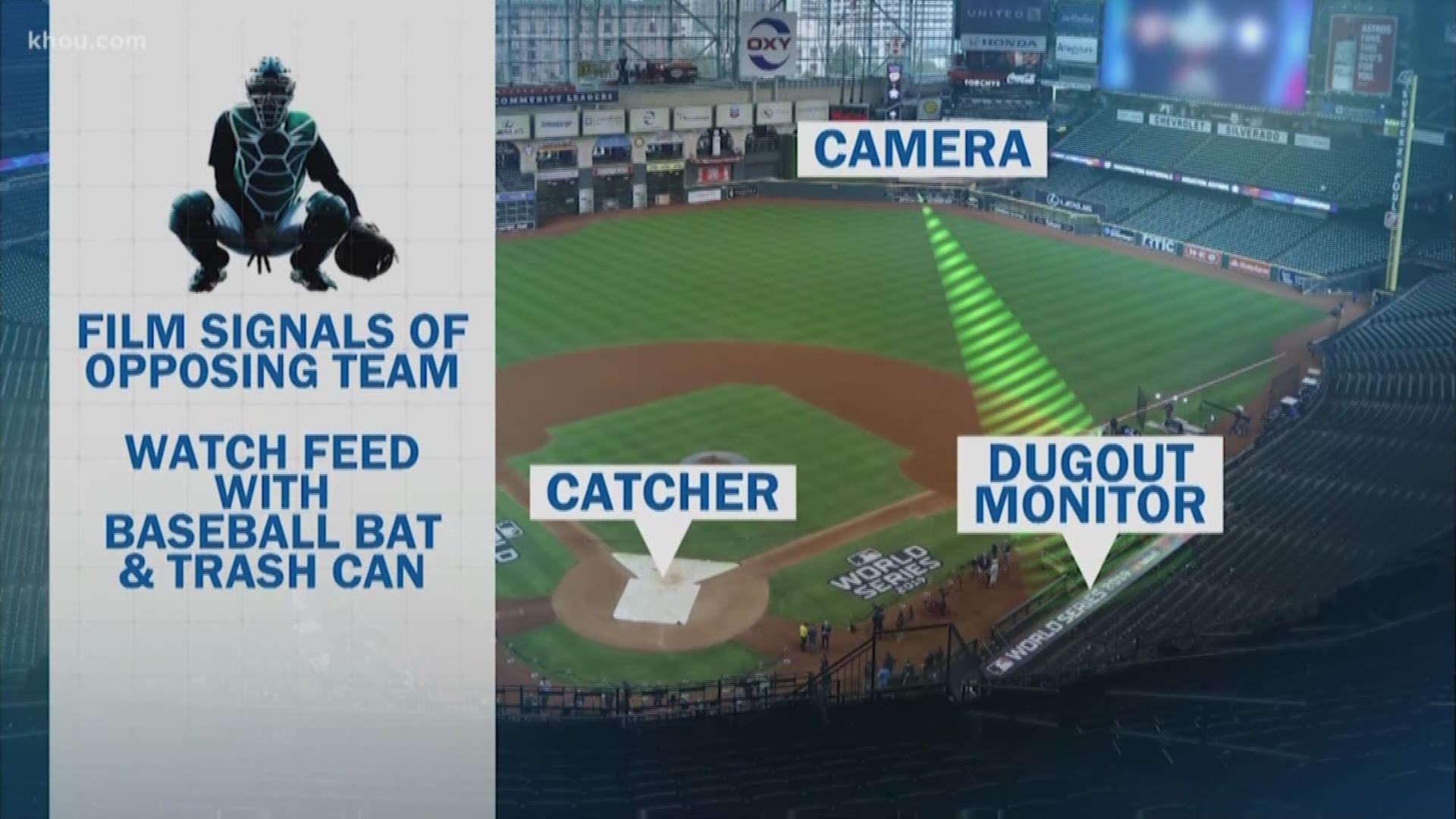 The team made the announcement by posting a statement on Twitter on Tuesday evening.

"Given the findings of the Commissioner's ruling, we collectively decided that it would not be possible for Alex to effectively lead the club going forward and we mutually agreed to part ways," the statement read.

Cora was hired by Boston after the 2017 season in which he spent as the Astros bench coach.

"We agreed today that parting ways was the best thing for the organization. I do not want to be a distraction to the Red Sox as they move forward," Cora said in the statement. "My two years as manager were the best years of my life. It was an honor to manage these teams and help bring a World Series championship back to Boston.

"This is a special place. There is nothing like it in all of baseball, and I will miss it dearly."

MLB suspended Hinch and Luhnow for the 2020 season, fined the Houston Astros $5 million and took away Houston's 1st and 2nd-round draft picks in 2020 and 2021.

Throughout the summary of findings MLB released Monday, Cora's name kept popping up. Cora was the bench coach for Houston in 2017 when the Astros won the World Series.

According to the report, Cora not only knew of the Astros sign-stealing scheme, but he was also instrumental in making it happen. The report says he was involved in both developing the banging scheme and using the replay room to decode and send signs.

"This is a sad day for us. Alex is a special person and a beloved member of the Red Sox. We are grateful for his impact on our franchise," team executives said in the statement on Tuesday night.

Cora spent 16 years as a player in the Major Leagues. He played with the Dodgers from 1998 to 2004, then went on to Cleveland before he was traded to the Boston Red Sox. He called Fenway Park home from 2005 to 2008, where he was part of a World Series-winning team in 2007. He went on to play two years with the Mets, one year with the Rangers and finished his playing career with the Washington Nationals in 2011.

As a manager, Cora won back-to-back World Series, the first with the Astros as their bench coach in 2017 and the second as the manager of the Red Sox in 2018. When he took over as manager in Boston, he became only the second Puerto Rican-born manager in MLB history.

Cora has an older brother, Joey Cora, played in the Major Leagues for 11 seasons.

RELATED: How is Alex Cora linked to the Astros cheating scandal?

RELATED: 'I am not a cheater': Jeff Luhnow implicates Alex Cora, players in statement on cheating scandal