Relive the best moments of the Capitals Victory Parade

From the moment Devante Smith-Pelly and T.J. Oshie walked out of Capital One Arena with smiles on their faces and beers in hand to load the bus, we knew this would be a day to remember. 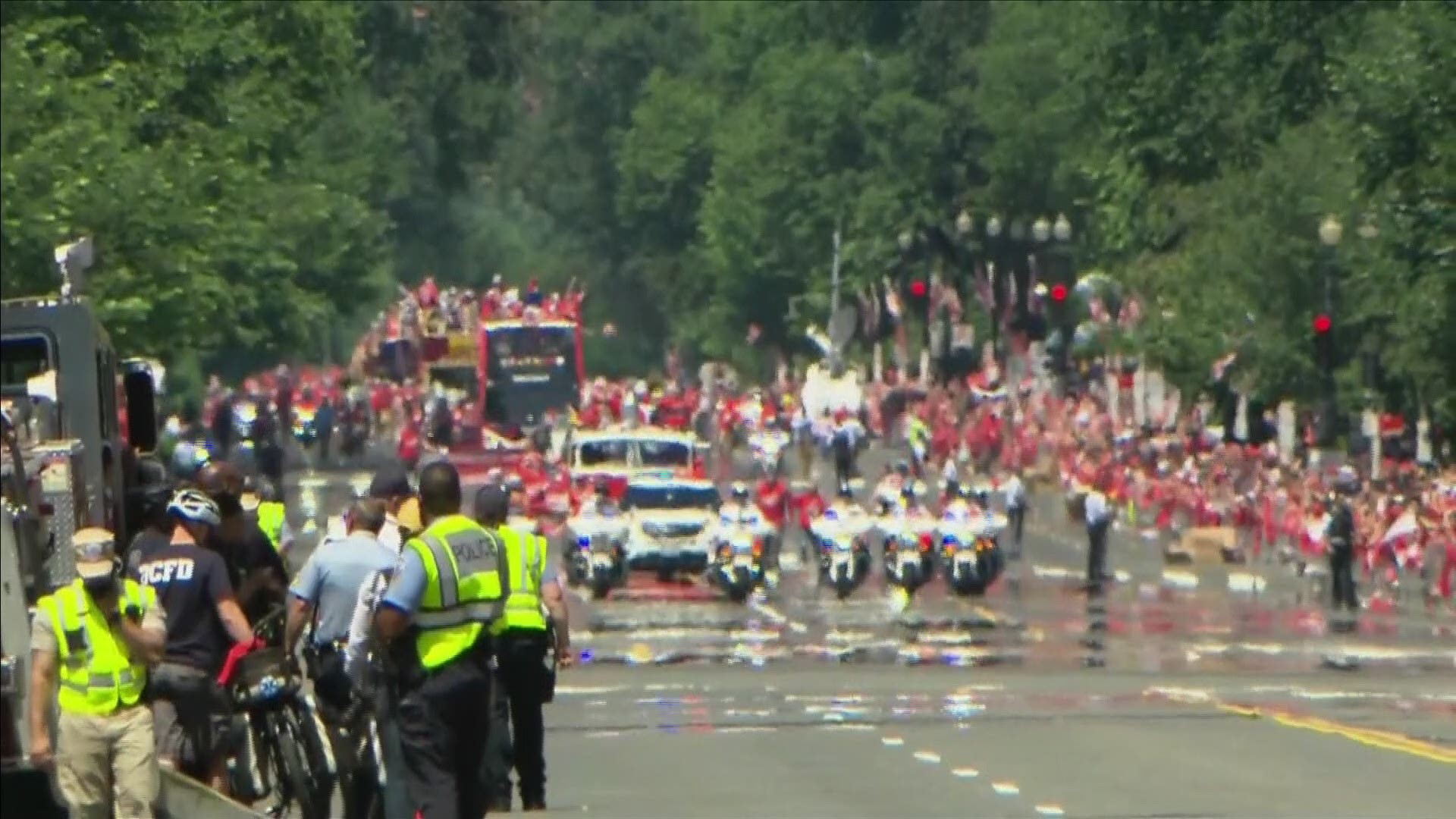 If you're viewing this story inside the WUSA9 app, tap here for the full experience.

WASHINGTON (WUSA9)--What a time to be alive!

That was the feeling throughout the day on Tuesday as the Capitals Victory Parade took over the National Mall.

The emotions from the team over the past few days have been like a wildfire spreading all over the District.

It's been a feeling of true pride.

Proud to be a Caps fan.

Proud to be from D.C.

Proud to finally be a champion.

One of the best moments of the parade was hearing from some of the longtime Capitals season ticket holders like Mark Rosenburg.

He has been waiting for this moment since 1974 when the Caps first came into existence.

He told WUSA9, "the ride has been amazing." 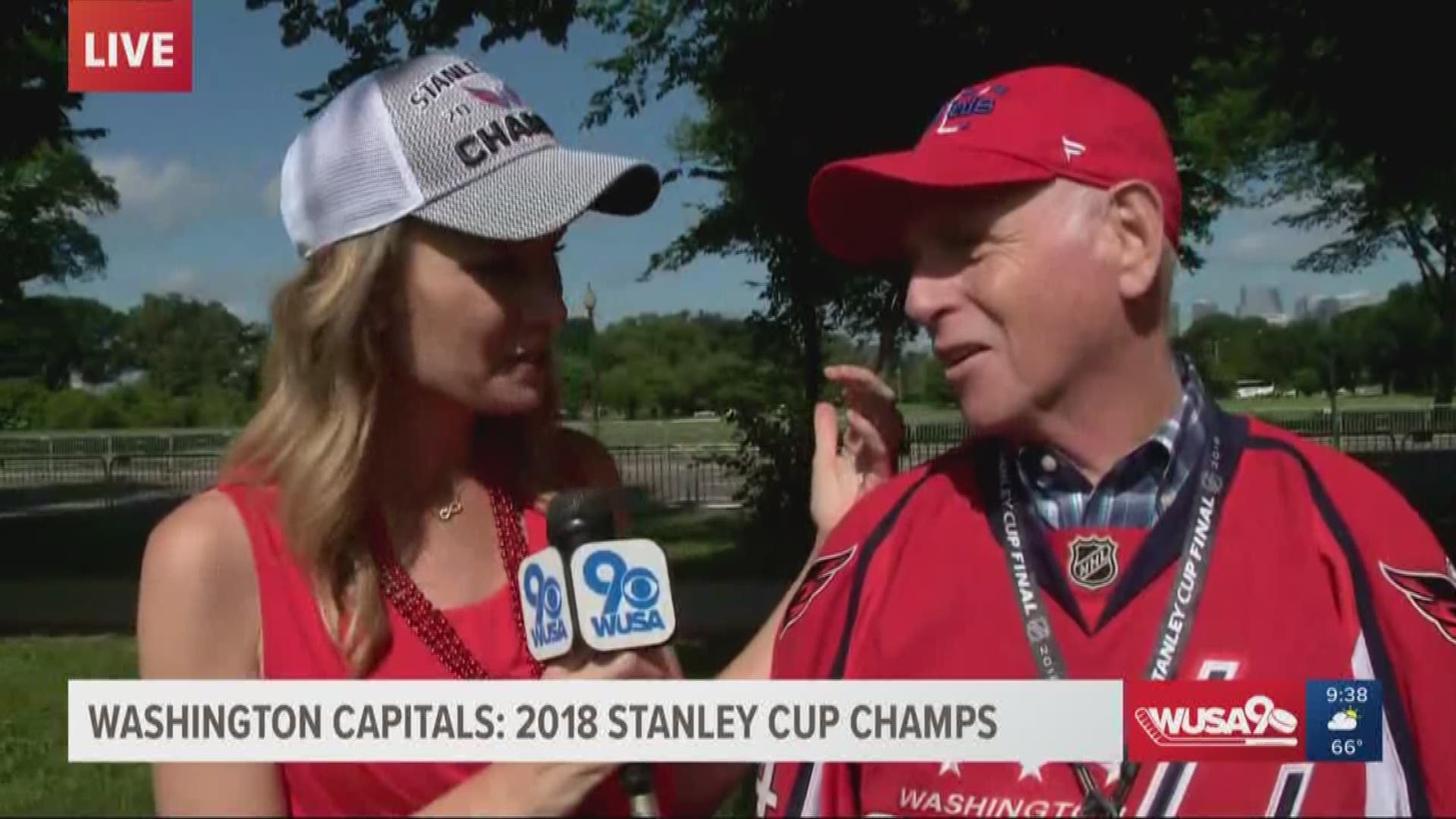 Another great moment at the parade was watching the Capitals players load the bus from Capital One Arena.

Every player seemed to have two things with them, a smile and a beer.

Ove the past few days that seems to be the requirement for the Stanley Cup Champions.

RELATED: Capitals players load the buses for the victory parade with smiles and beer 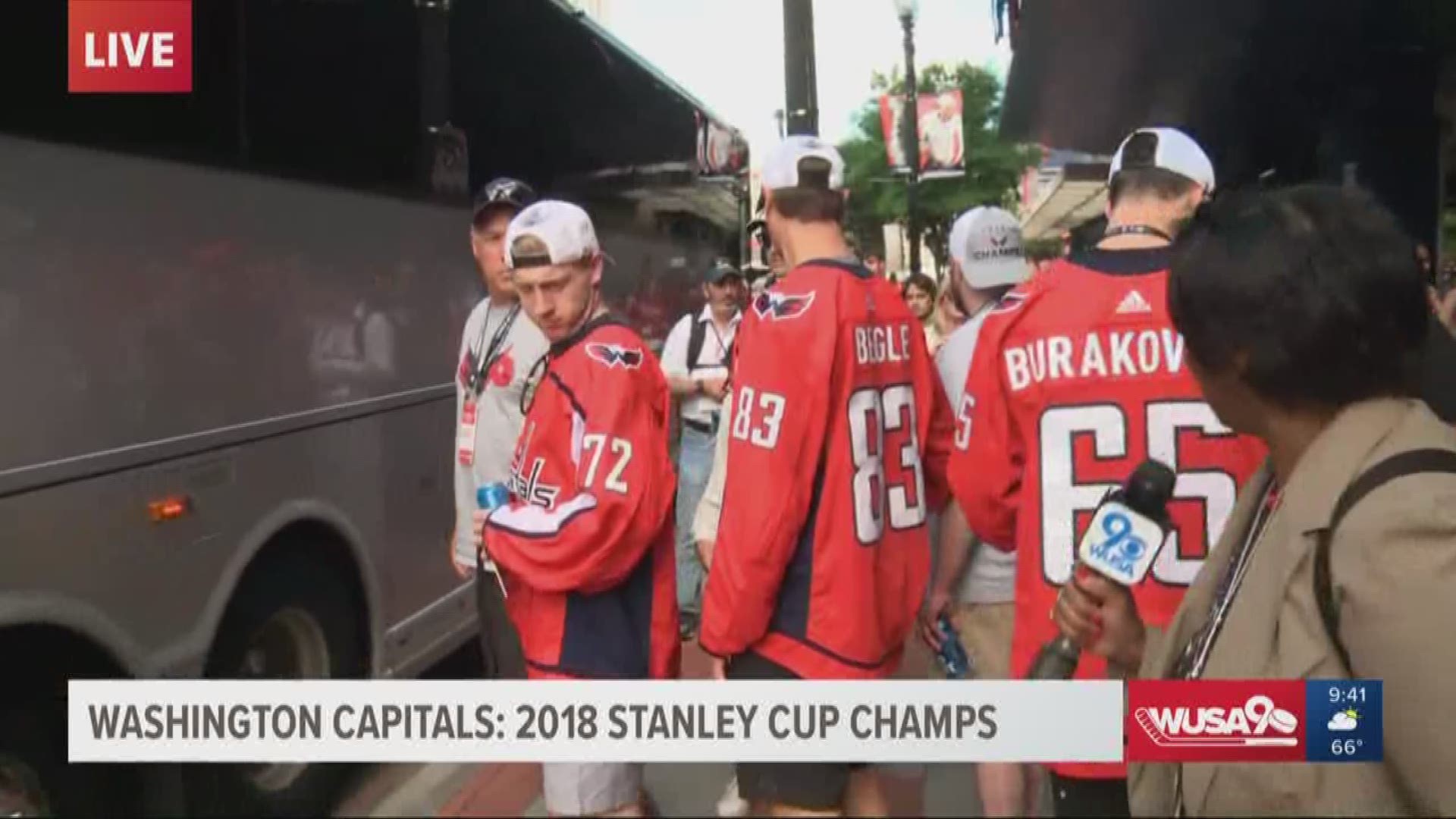 Perhaps one of the most entertaining moments was when Capitals forward Jakub Vrana sprayed the crowd with beer, and the fans loved it.

Usually a beer shower is less than pleasant, but this was an exception.

Of course a Capitals Victory Parade wouldn't be a parade without Caps forward Devante Smith-Pelly showing up with his customized Washington Capitals wrestling belt.

From wearing it through out the parade and then lifting it up high on stage, it was for sure a crowd favorite. 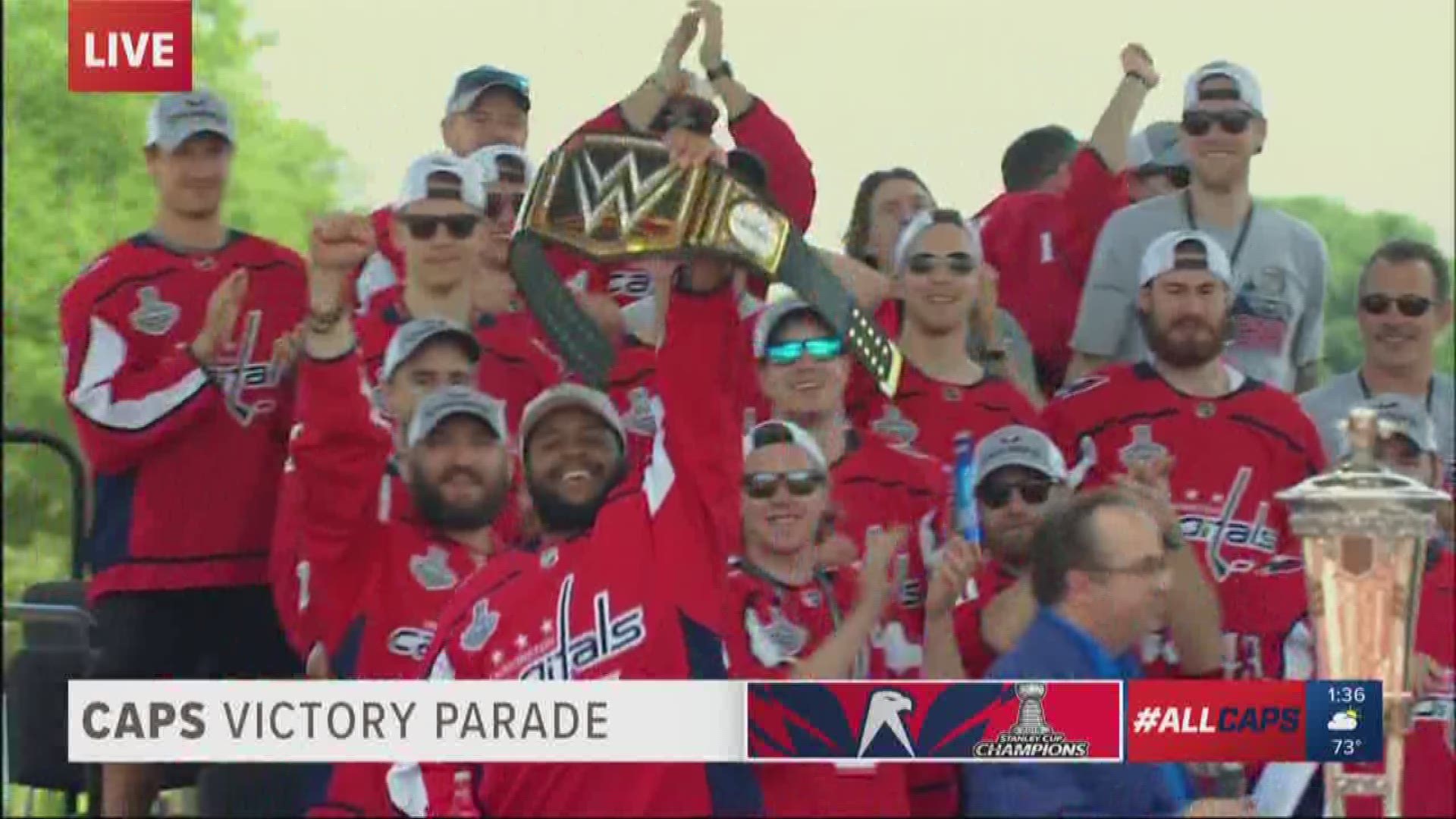 Speaking of big stage moments, Brett Connolly did something that I'm sure was happening a lot over the weekend as the Caps celebrated, chugging a full beer.

No one can ever question if these guys like beer. 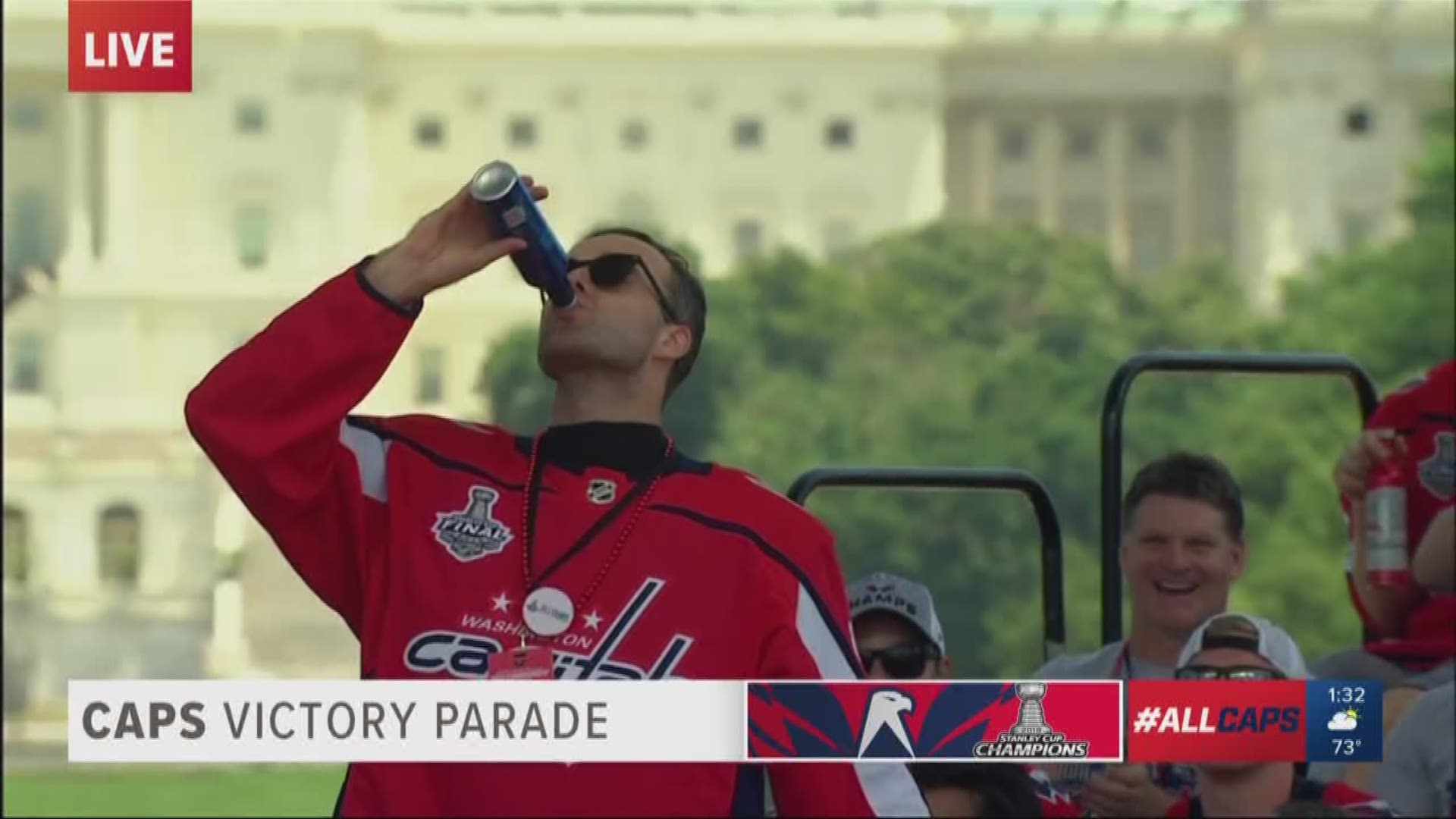 The final two best moments of the Capitals Victory Parade include the captain Alex Ovechkin.

If you've seen Ovi on any newscast or in any pictures recently, he has a permanent grin on his face.

This man has waited 14 long years before he could be able to call himself a Stanley Cup Champion and he has earned the right to revel in this moment.

After Ovi's speech he led the team and the fans in the famous song, "We Are The Champions."

It'll give you chills. 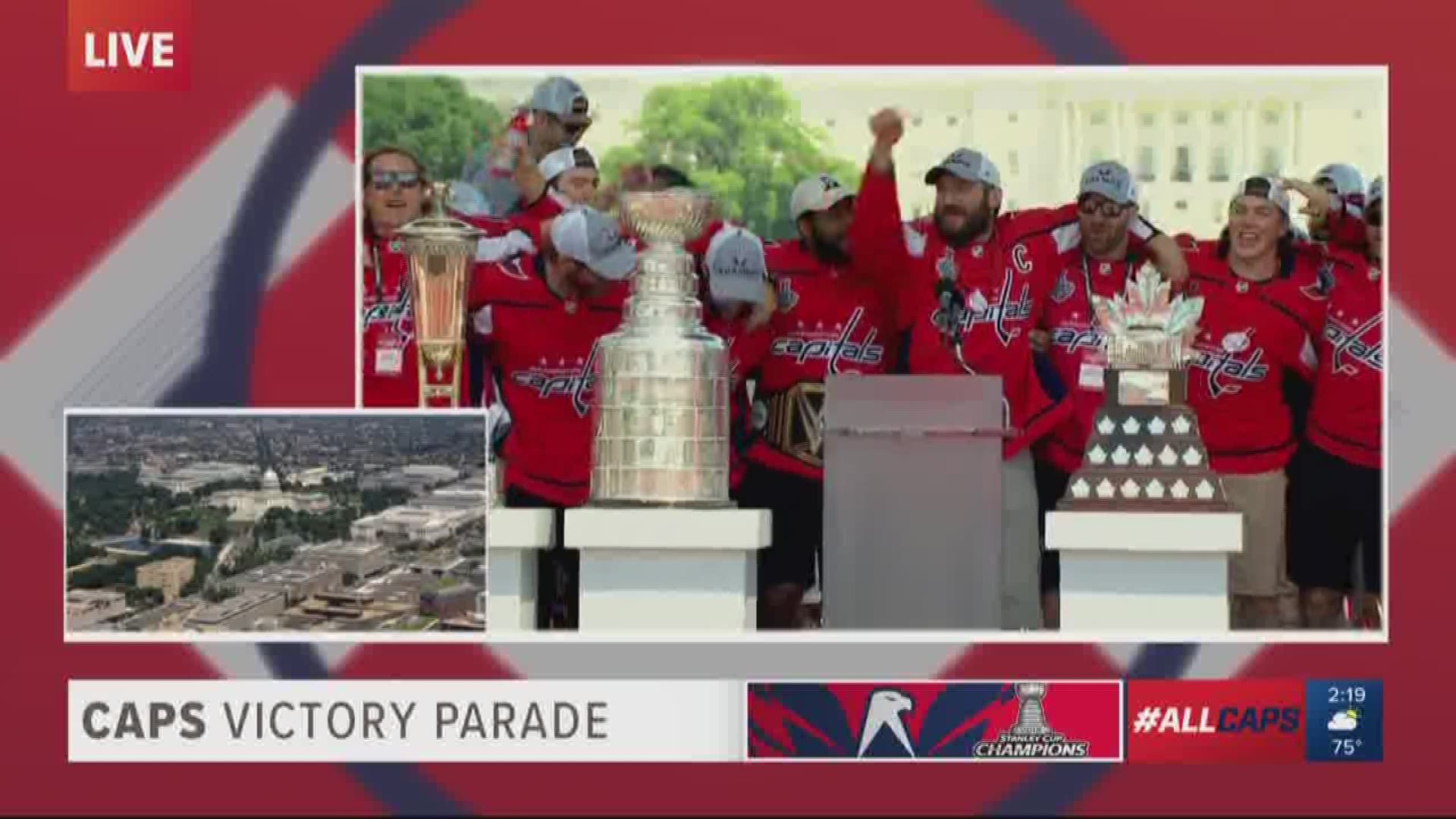 But when Ovechkin asked for the music to be turned down, we should have known something memorable and epic was about to happen.

This moment couldn't have been predicted but every Caps fan loved it and will never forget it. " 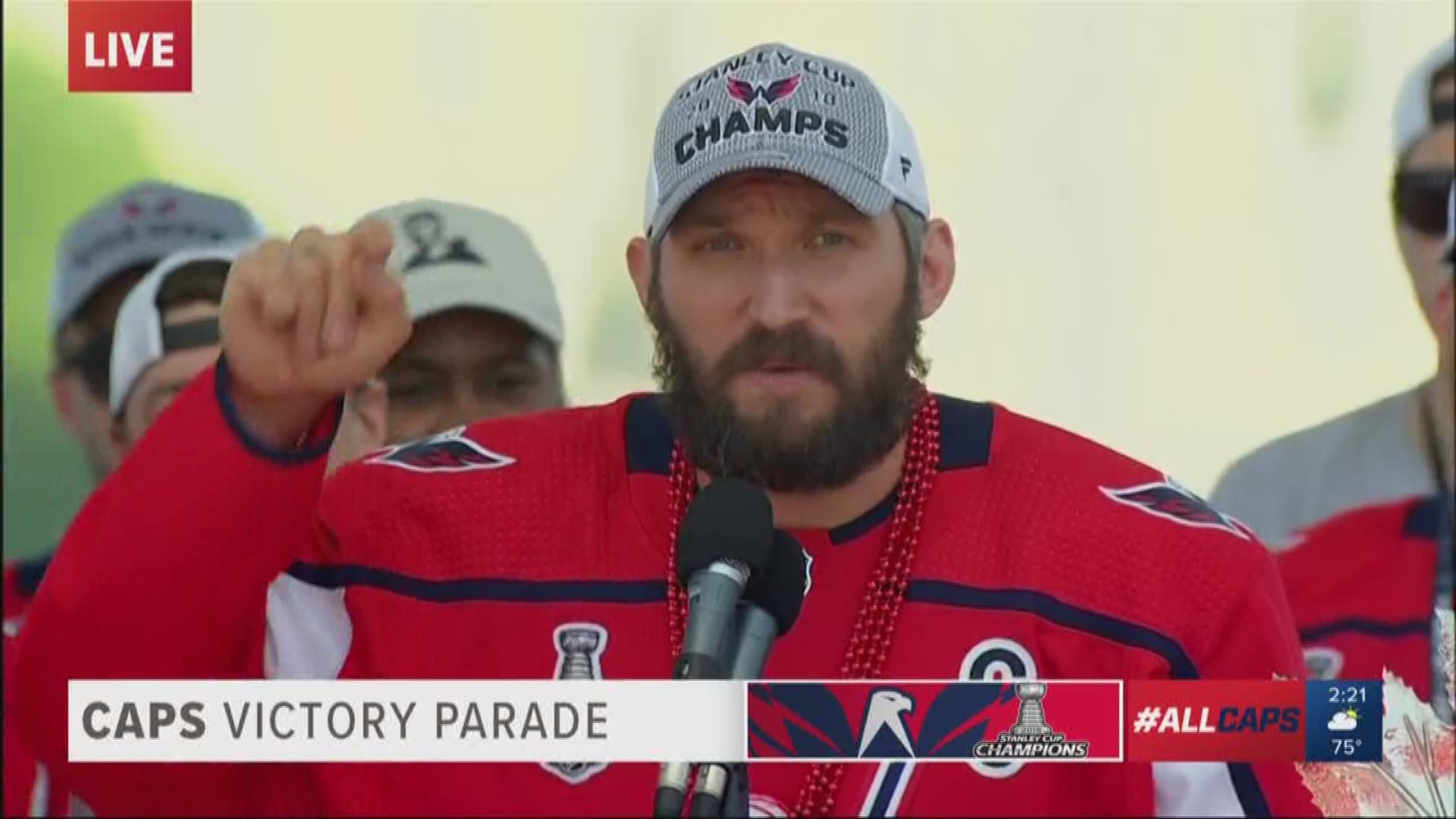 "One and last thing: Before the year, I said 'we not going to be f***ing suck this year. YAHHHHHHH!!!"

MORE OVI | Watch him lift the 40-pound Stanley Cup at least 17 times during the parade and rally
RELIVE IT ALL | A minute by minute recap of the entire Caps parade and rally
CLASS | Caps buy full-page ad in Vegas newspaper, congratulating Golden Knights 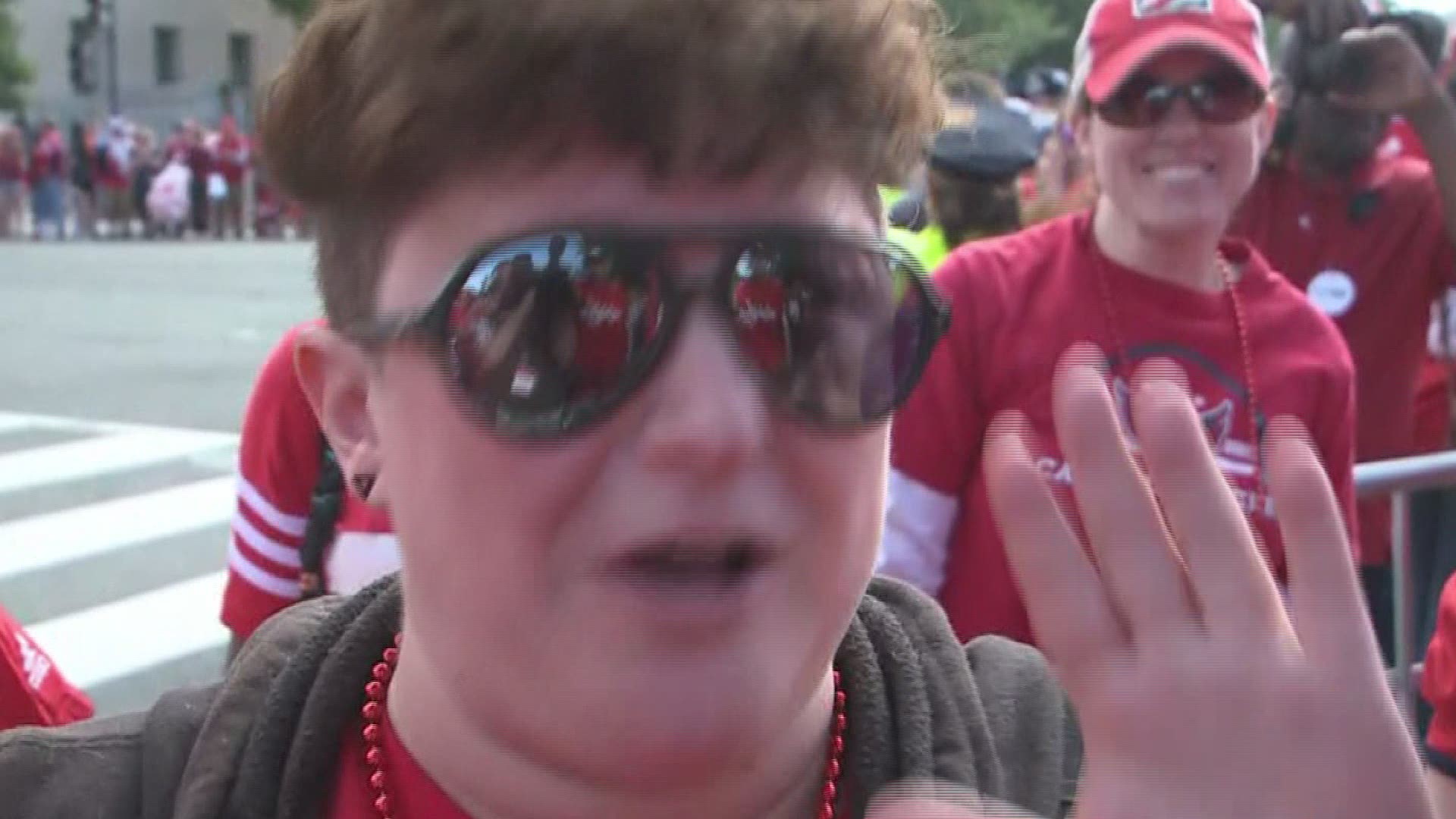