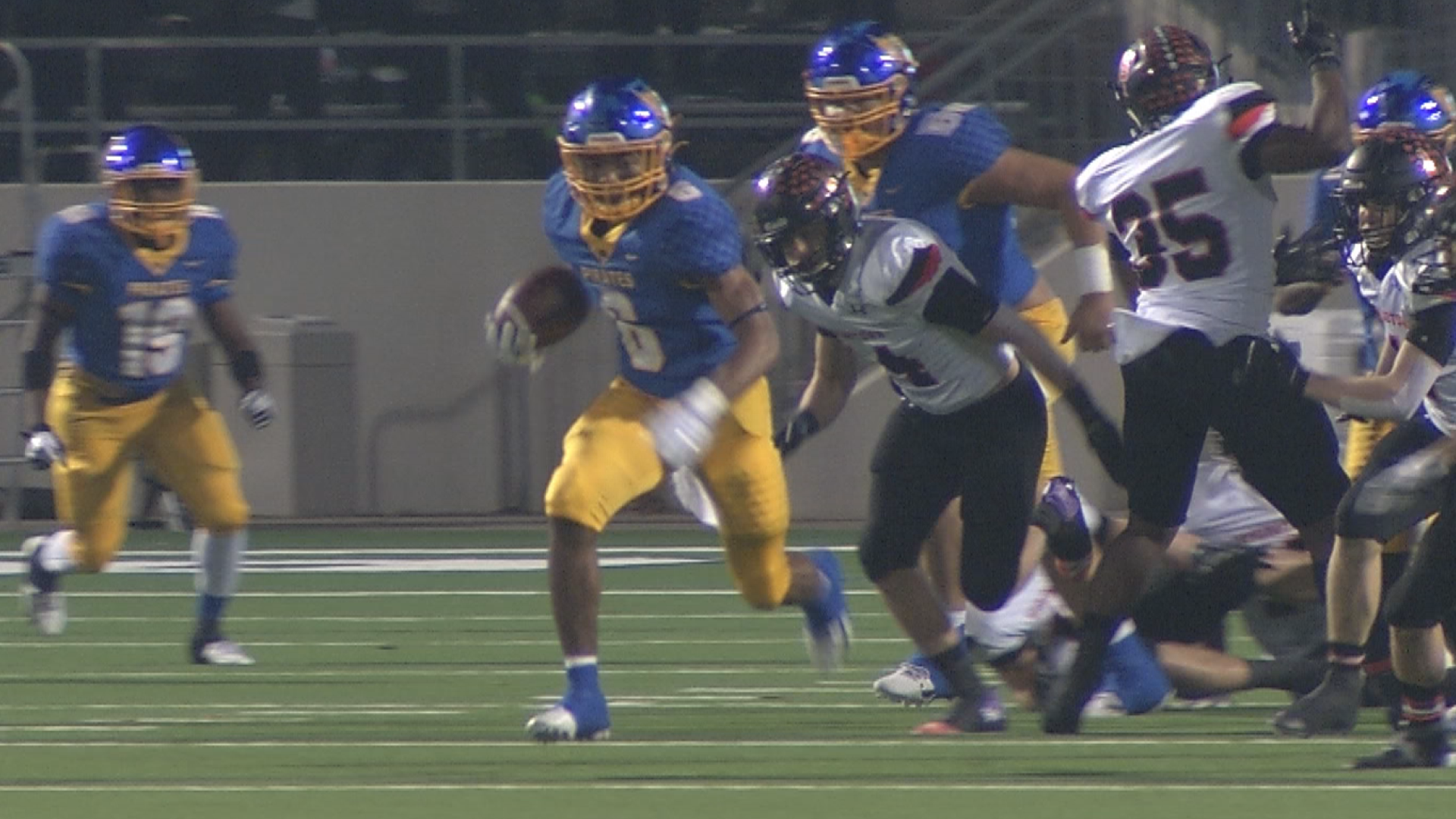 BELLMEAD, Texas — For about a week and a half, McLennan County schools thought they'd lose weeks to their football season.

The same day the UIL announced it would allow schools in classes 1A-4A to start on time, the county announced no schools could hold in-person classes or on-campus activities until Labor Day.

But, a decision from the state's attorney general this week reversed that.

The damage, for three area football powers, had already been done.

No. 1 Mart (2A Div. II), No. 1 La Vega (4A Div. I) and No. 15 Connally all lost non-district opponents because of the uncertainty surrounding the McLennan County order.

"We kept them updated and told them if they need to make sure they have a game, I completely understand," La Vega coach Don Hyde said.

The Pirates lost their opponents in Weeks 1, 3 and 5 (Dumas, Austin LBJ and 5A Wichita Falls Rider). Hyde quickly was able to replace Dumas with West Orange-Start to open the season in Madisonville.

"Coach Thompson made it clear this was a one-year deal," Hyde said.

Across I-35, Hyde said he and Connally coach Shane Anderson had frequent conversations about what they needed.

Anderson, who played for Hyde at Connally when Hyde was a linebackers coach for the Cadets, need to fill holes in Weeks 1 and 5.

"We just kind of said we may have to play each other more than once and we laughed it off like, 'O.K., yeah, right,'" Hyde said. "But, then, then next thing we know we're doing it and I don't know that it's ever been done before. I know I've coached 27 years and I've never seen it done before."

So, La Vega and Connally, just a couple miles and an interstate between the two campuses, added a Week 5 match-up to their previously scheduled game in Week 2 for the coming 2020 season.

Anderson added 4A Div. II No. 7 Sunnyvale, a Dallas County school in a similar predicament, to Week 1 and the Cadets were set.

La Vega still needs a Week 3 game, though, heading in to practice Monday.

Down the road in Mart, where one of the greatest active dynasties in Texas lives, there's more of a struggle.

Mart lost opponents in Weeks 3 and 5 and has not been able to replace them, leaving the Panthers with three open dates, currently, and two in consecutive weeks.

Coach Kevin Hoffman said he's talked to almost every coach at 2A and 3A schools in the state, trying to fill the void.

"We're not just going to give up trying to find games," Hoffman said. "We're still going to try to find games and I've talked to some people about some possibilities of doing something that's not normal in playing someone. But, we'll see, we're going to keep looking and I'll keep looking until that week whenever it is we need a game."

Hoffman has even taken to frequent social media posts trying to fill two of the open dates on his schedule caused by the recent uncertainty.

And, he's looking at creative solutions involving bigger schools with good JV teams or a varsity squad with a lot of kids, that way everyone can prevent injury and more kids can take reps. That reason boils down to enrollment at schools like La Vega, which has 915 kids on its UIL alignment compared to Mart's 151.

At this point, both coaches will take anything to give them a game and get their kids reps.

It's the scheduling curse schools which make their way to AT&T Stadium on a regular basis struggle with every re-alignment.

You left off the significant part of the classification resume 2017 - 2018 - 2019 State Champions. The blessings of success and curse of scheduling.

But, in 2020, a year which has already presented so many challenges, it's manifesting itself yet again. 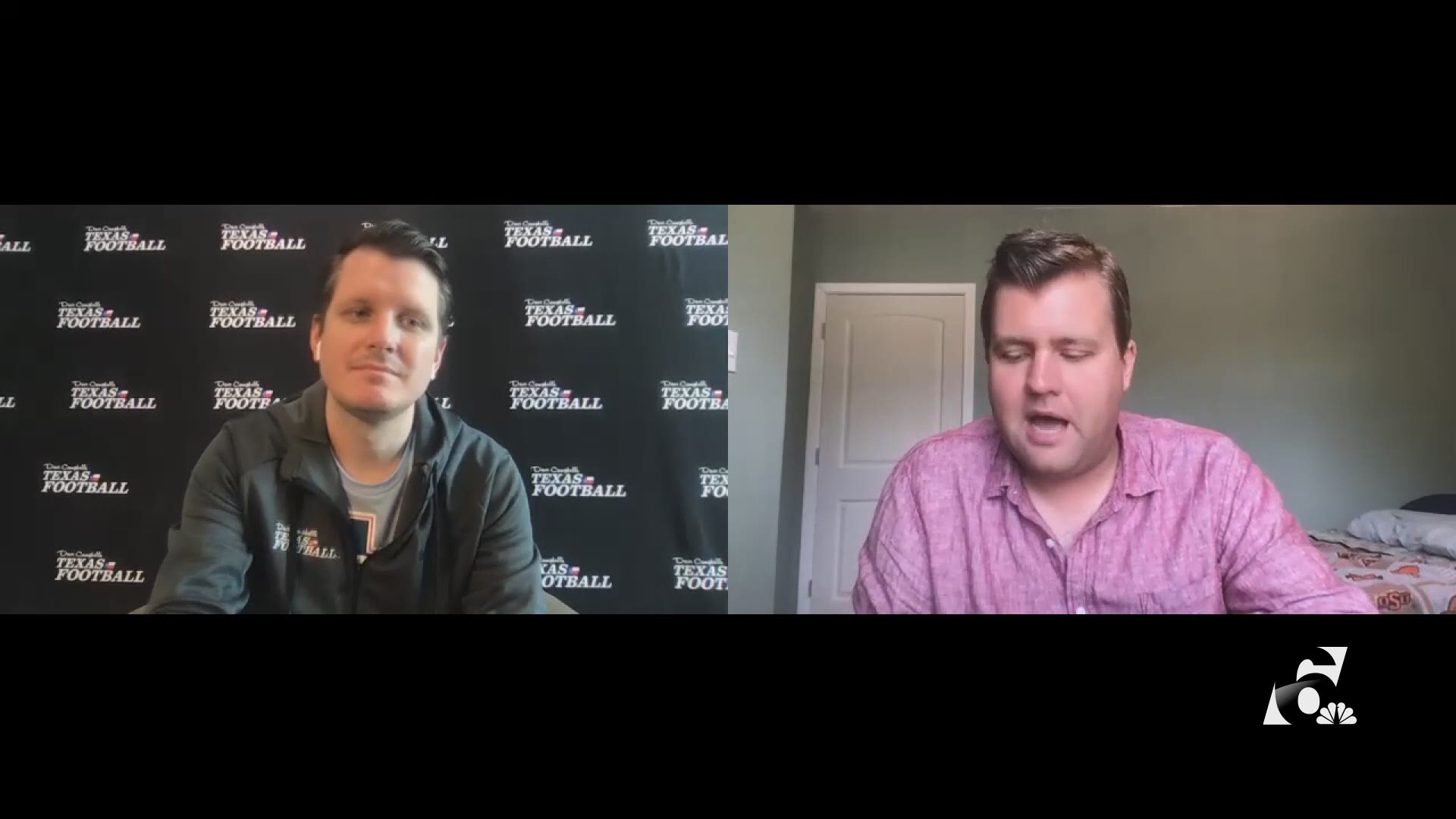