Texas' senior quarterback played in 46 games and made 43 starts during his time on the Forty Acres, leading the Longhorns to 27 wins as the starting quarterback. 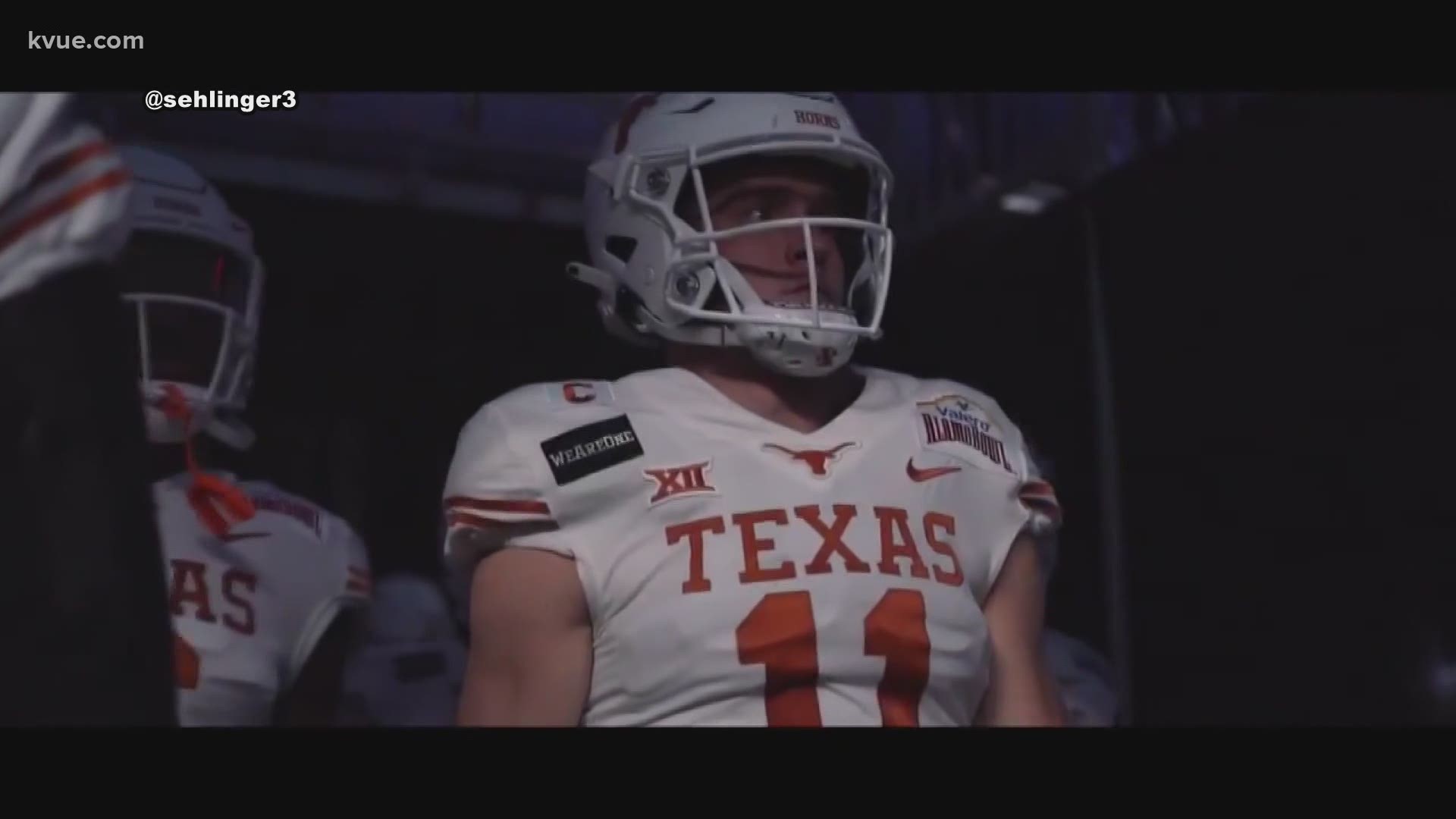 AUSTIN, Texas — After four illustrious years as the starting quarterback for the University of Texas, Sam Ehlinger announced Sunday that he would forego his extra season of eligibility and declared for the NFL Draft.

The announcement comes after Ehlinger played his final game for the burnt orange and white in the Alamo Bowl. Ehlinger was sidelined from halftime onward due to a shoulder injury, but the Longhorns won the game against Colorado, 55-23.

Well, there you go folks. It’s official: @sehlinger3 is moving on. He’s declaring for the @NFL Draft. @KVUE https://t.co/fyGikpnwvN

Texas' senior quarterback played in 46 games and made 43 starts during his time on the Forty Acres, leading the Longhorns to 27 wins as the starting quarterback, which is the fourth-most in school history. He ends his collegiate career at the Forty Aces ranked second in UT history in completions (923), passing yards (11,436), total offense (13,343), passing touchdowns (94), and total touchdowns responsible for (127).

In 2020, Ehlinger earned second-team All-Big 12 recognition from the Big 12 coaches. He was also a three-time Academic All-Big 12 First Team selection (2018-20) and a six-time member of the Big 12 Commissioner’s Honor Roll.

Ehlinger has accepted an invitation to the 2021 Senior Bowl that will be played on January 30 in Mobile, Ala.