It was like a Charles Dickens novel, as Baylor wins a tale of two halves. 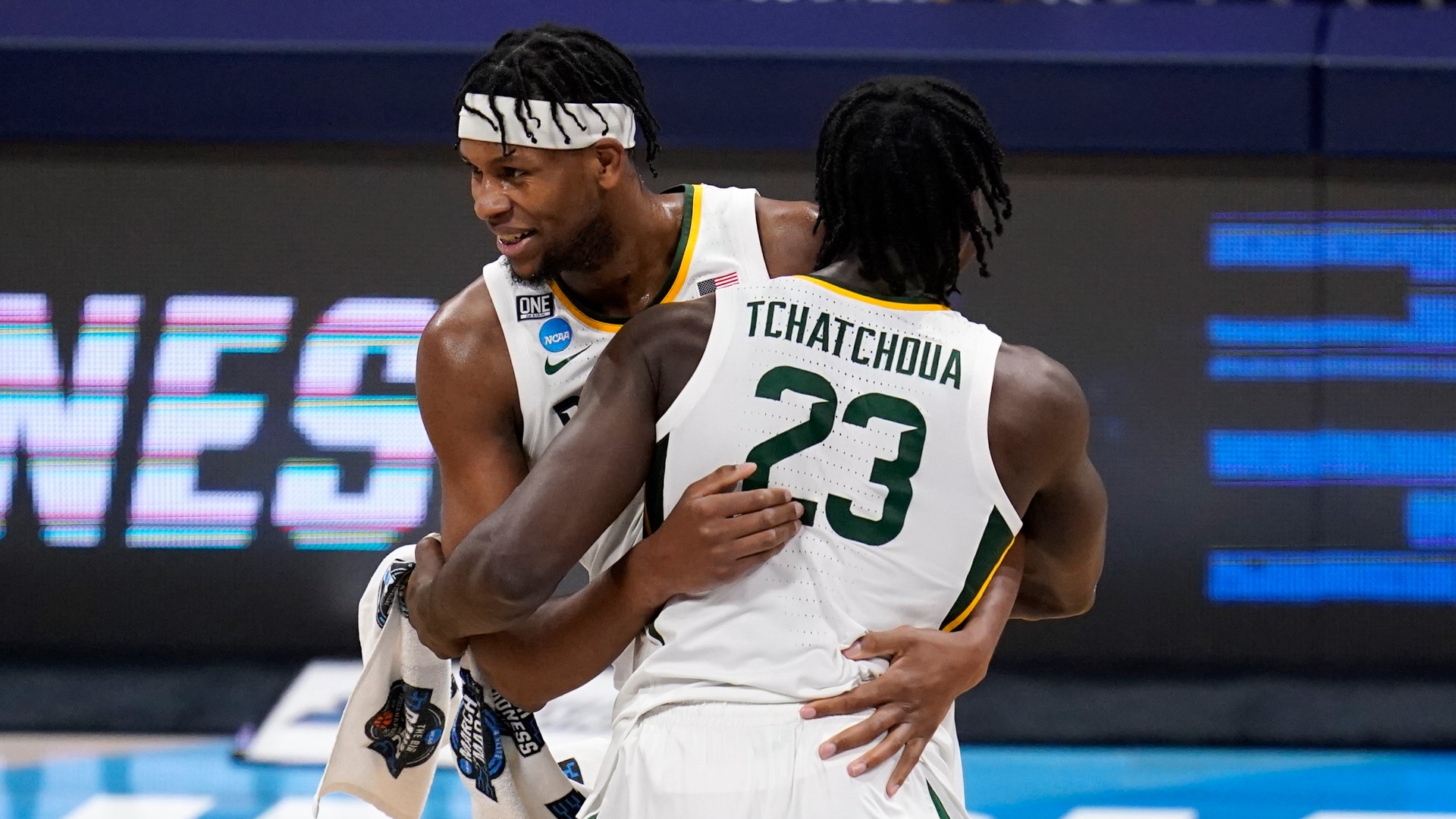 INDIANAPOLIS — It was the best of times, it was the worst of times as Baylor flipped a switch in the second half of Saturday's Sweet 16.

No. 1-seed Baylor beat No. 5-seed Villanova 62-51 in the South Region Sweet 16 inside Butler's Hinkle Fieldhouse.

The win sends Baylor to its first Elite Eight since 2012 and puts the Bears one win from their first Final Four since 1950.

Baylor trailed 30-23 at halftime, shooting just 2-12 from three-point range and a dismal 34.5% from the floor in the first 20 minutes. Combined with Villanova shooting more than 50% in that range, and it didn't matter that the Bears had committed two fewer turnovers than the Wildcats.

In the second half, Baylor changed its defensive approach, going from man-to-man to a zone look and giving 'Nova fits, forcing nine second-half turnovers, including six steals.

Davion Mitchell led the way for Baylor with 14 points and Adam Flagler scored 10 points off the bench for the Bears.

Mark Vital, after appearing to tweak his ankle in the first half chasing down a loose ball and leaping over the broadcast table, went on to pull down a team-high nine rebounds.

For the Wildcats, winners of two of the past four national championships, NBA prospect Jeremiah Robinson-Earl only scored 8 points but had a game-high 12 rebounds

Baylor will play the winner of Saturday's game between Arkansas and Oral Roberts in the Elite Eight at Lucas Oil Stadium on Monday.

That tip time will be announced later.