Stafford is Baylor's record holder in single-season hitting percentage and has more than 1,000 career kills in green and gold. 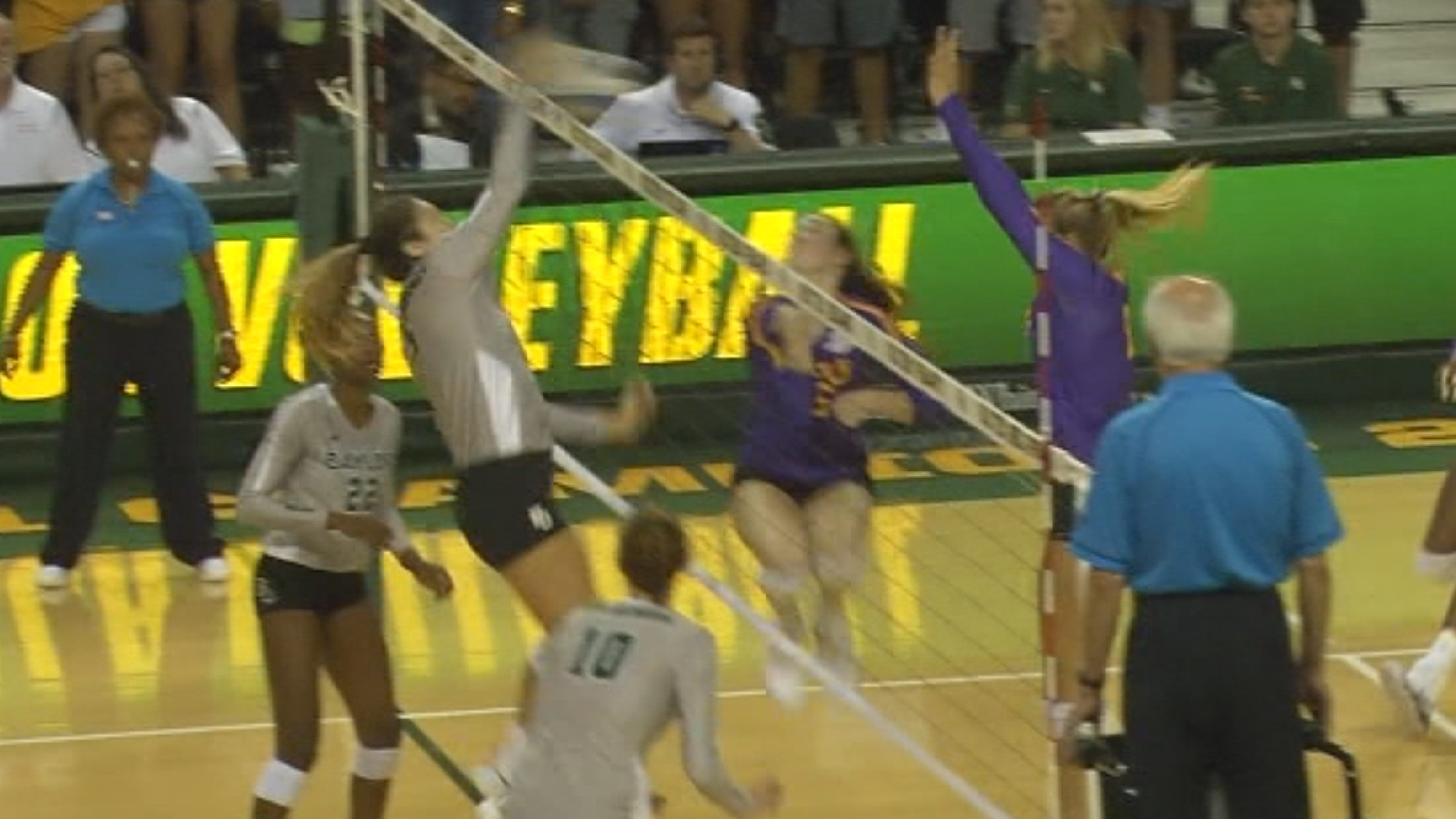 WACO, Texas — Life as a college athlete can often be like a roller coaster.

For Shelly Stafford, the ride has included some of life's highest highs and lowest low's. And she changed names along the path.

Known and loved by so many Baylor volleyball fans as Shelly Fanning, the redshirt senior's name changed in May when she got married in Costa Rica.

"The best week of my life, for sure," Stafford said. "Getting to marry the most amazing man that I've ever met, in probably one of the most beautiful places I've ever been."

Her coach even noted the growth he's noticed from Stafford from the time she first stepped on campus to her wedding day just four years later.

"We joke about it, she came freshman year and it was probably about boys and volleyball," Baylor fifth-year head coach Ryan McGuyre said. "Probably in that order, some days of the week."

But that four-year stretch, during which she broke the program's single-season hitting percentage record twice, was far from easy.

Stafford found her way into the rotation as a true freshman in 2015. However, an injury forced her to redshirt during the 2016 season, something which would later prove a blessing in disguise.

But, that wouldn't be the only injury she'd face.

"Last season, I played with a stress injury in my shin and a torn labrum in my shoulder," Stafford said.

Following the 2018 season, her redshirt junior year, Stafford had surgery to repair her labrum and rested her shin.

Not long after that, the player fans knew and loved as Shelly Fanning would become Shelly Stafford.

All of this helped her recover during a brutal six-month rehab to finish her collegiate career.

"She had no rust," McGuyre said. "That was one of the most impressive things in the preseason was she was out there, being she was and still being really, really good."

For that, she had to thank her support system.

Because recovery from this injury was so much easier than her first.

"My dad was dealing with cancer," Stafford said of her injury in 2016. "So, that was probably the lowest of low, I would say. Injuries and all the other things, it all puts it in to perspective."

For most of her redshirt year in 2016, when she couldn't travel or play with the team, Stafford drove back-and-forth to visit her family near Houston.

She did it to support them. And to support her dad, Bill, who was fighting for his life.

"Nobody felt mad that she missed a practice or she was gone," McGuyre said. "Because, we want to cherish those times with those who love us most."

Three years later, with her dad cancer-free, she's aiming to help Baylor accomplish things it never has on the volleyball court.

And she does it with the inspiration from a man who, recently, didn't know how many tomorrow's he had left.

"Just seeing him in the stands cheering me on every single day is so cool," Stafford said. "And having him walk me down the aisle was also super cool...He's a walking miracle."

With the record books at Baylor changed, to reflect the present and the future, Shelly Stafford is looking to add to her list of accomplishments.

"I did make a name for Shelly Fanning," she said. "But I'm excited to see what this new name brings."

During Friday's win over No. 4 Wisconsin, Stafford surpassed the 1,000-kill mark.

She'll add to it during the Bears' home opener against Houston at 7 p.m. Thursday.