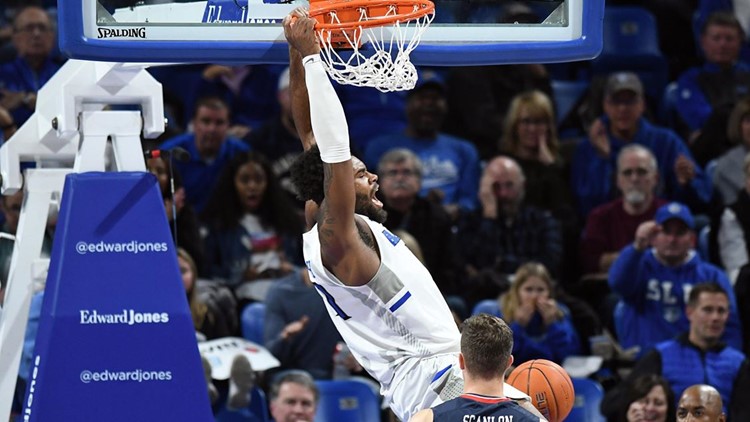 The Atlantic 10 Conference single-game rebounding record stood for 26 years before being tied twice in 11 days, including Saturday by French.

French tied the game at 55 with a driving layup with just under three minutes to play, and added three free throws down the stretch as the Bruins went scoreless.

Jordan Goodwin added 13 points and 13 rebounds for Saint Louis (5-1). Javonte Perkins added 10 points and Yuri Collins had six rebounds and four assists for the Billikens. He also had eight turnovers but only four assists.

Grayson Murphy scored 17 points and had nine rebounds to lead the Bruins (4-2), whose four-game win streak was broken. 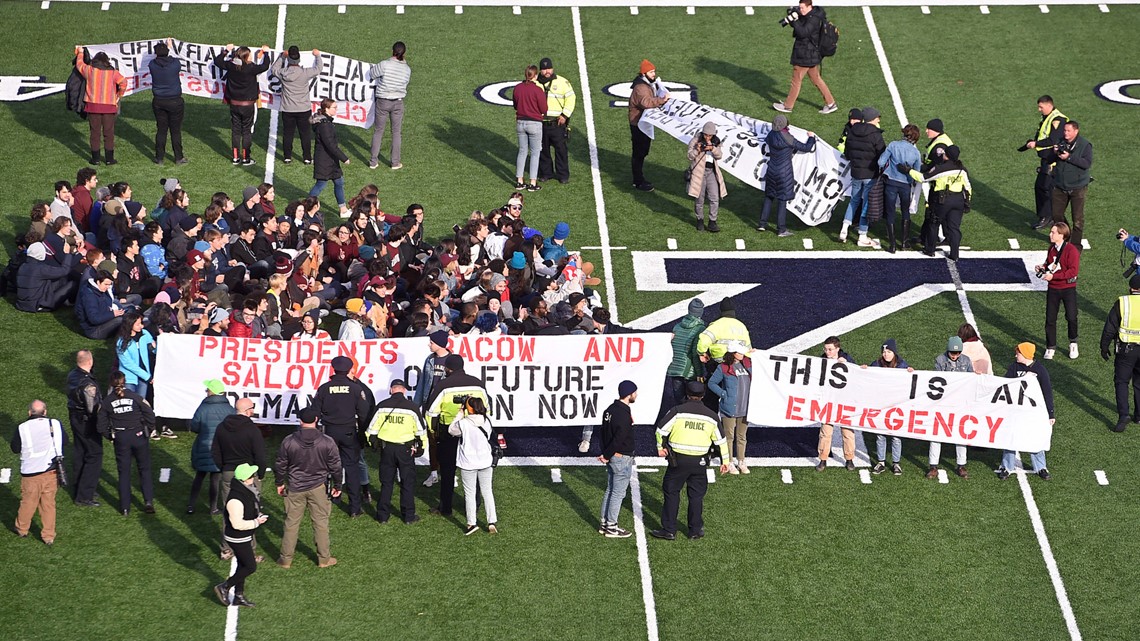 Students storm field to protest at halftime of Harvard-Yale football game
NEW HAVEN, Conn. - Protesters wearing the colors of both Harvard and Yale staged a sit-in at midfield of the Yale Bowl during halftime of the 136th edition of the annual football rivalry known as The Game. Most left after about an hour when they were escorted off the field by police; a handful of others were arrested.

RELATED: Six things to know about Stan Musial on his 99th birthday