The stadium naming rights were given to Q2 Holdings Inc., an Austin-based digital solutions provider. 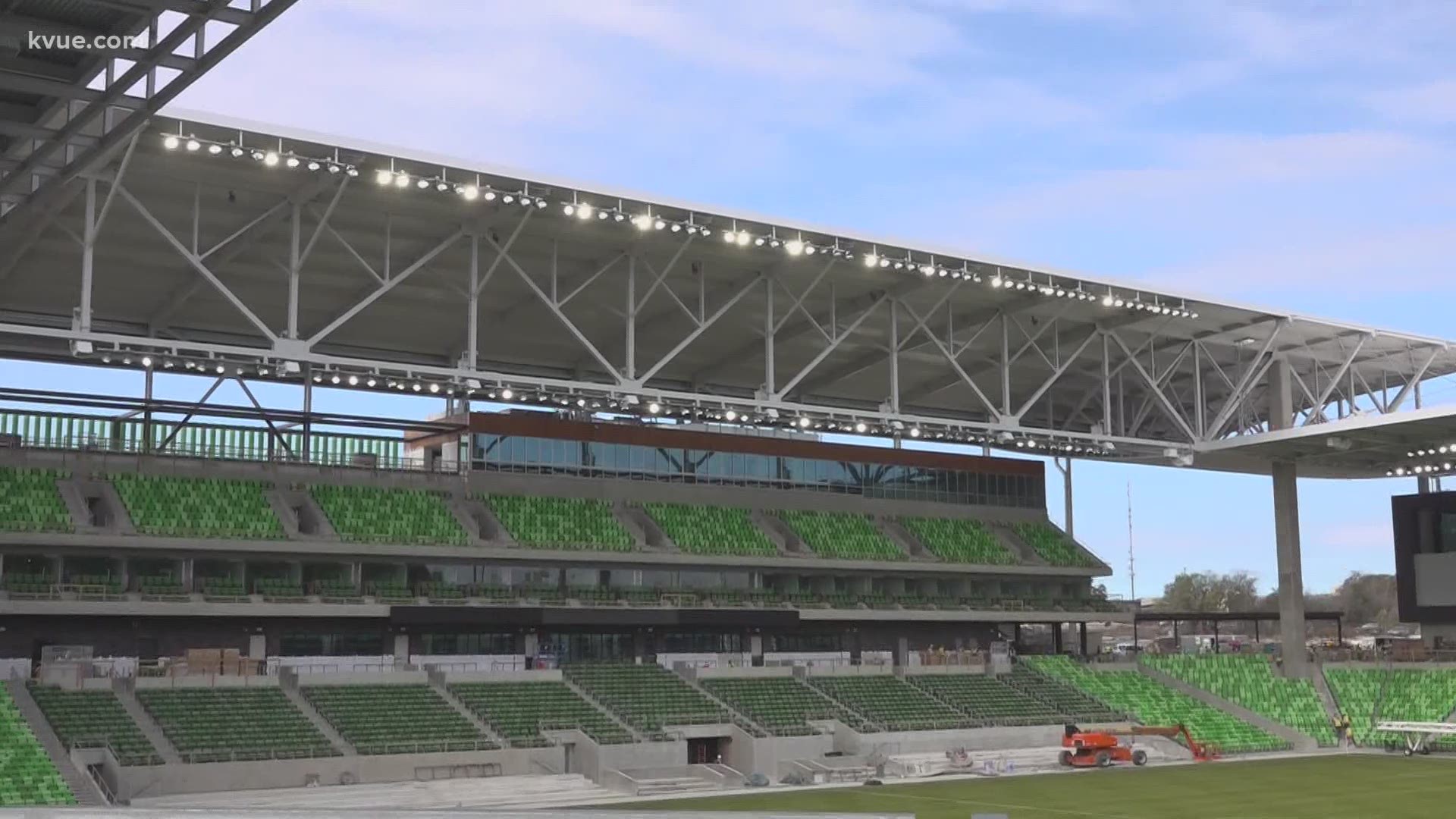 AUSTIN, Texas — Austin FC held a ribbon-cutting ceremony and announcement to reveal its stadium naming rights partnership for the 20,500-plus seat soccer stadium.

The club said it would name the stadium in partnership with an Austin-based company, a trend the team has stuck to for different naming rights aspects in the organization.

Austin FC President Andy Loughnane announced the name of the stadium would be "Q2 Stadium." The stadium naming rights were given to Q2 Holdings Inc., an Austin-based leading provider of digital transformation solutions for banking and lending.

RELATED: What is Q2, the company behind Austin FC's 'Q2 Stadium'?

“Establishing a long-term stadium naming rights partnership with an Austin-based company that is committed to using this platform to give back to the community was the Club’s top priority,” said Loughnane. “Q2 Stadium holds the distinction of being the first and only major league venue in Austin, and Austin FC is exceptionally proud to begin our MLS journey with Q2 as our partner and Q2 Stadium as our home.”

“Q2 is an Austin-born company with a mission to build strong and diverse communities by strengthening their financial institutions,” said Matt Flake, Q2 president and CEO. “Our partnership with Austin FC shows we are doubling down on our commitment to our mission in our own community. As one of Austin’s fastest-growing companies and a regular on the best places to work list, our partnership reinforces to our employees and top talent that Q2 is committed to everything that makes Austin special – culture, community and now, world-class professional sports sure to bring a diverse, global audience to our community.”

Here is a look at what the stadium will look like on game days:

Alongside the stadium naming rights partnership, Q2 and Austin FC also collaborated as official community partners, where $150,000 will be allocated to local nonprofit organizations; began the "Dream Starter Competition," a $100,000 program dedicated to allowing innovative Austinites the opportunity to compete for valuable seed funding for the launch of an entrepreneurial venture; have started the "Q2 Field Club," the premium seating and Club experience adjacent to the player’s benches and locker rooms in Q2 Stadium; and more.

Loughnane told the media Monday that Q2 Stadium's construction was slated to be finished by late March to early April. However, he added that the stadium would not be ready to host a home game until potentially early June.

"There are some things happening on ancillary, adjacent private land that are very important to the ecosystem of the stadium. There is private land that is being built on off of Burnet [Road]. There is a traffic signal being installed off of Burnet and a traffic signal being installed off of Braker [Lane]. There is some Q2 signage. There's also some training that has to go on with staff and so what I'm describing is under any circumstance, I don't anticipate our first MLS match taking place until early June." Loughnane said.

The MLS announced later on Monday afternoon that the 2021 season would begin on April 3.

Austin FC officials told KVUE the club plans to play all road matches until the stadium is ready to host a game.

YETI, an Austin-based drinkware and cooler company, was notably named the official jersey sponsor in February of 2020. The inaugural jersey featuring YETI's logo front and center was unveiled in November of 2020 and broke the single day MLS record for inaugural jersey sales.

The team's training facility was named after St. David's Healthcare, dubbed the "St. David's Performance Center." In November of 2020, H-E-B was named as a partner for an on-site fan zone outside of the stadium, called "H-E-B Plaza."

“St. David’s Performance Center represents a significant investment in Austin FC’s first team and academy development, demonstrating our commitment to providing our world-class players and staff with access to a world-class training facility,” commented Anthony Precourt, founder, majority owner and chief executive officer of Austin FC. “Our entire club would like to thank St. David’s HealthCare for their investment in helping to create the highest levels of care for our players and staff, and Karlin Real Estate for sharing our vision to bring this cutting-edge sports facility to northeast Austin. Austin FC would also like to thank Harvey Cleary and their network of subcontractors who have pridefully created something truly magnificent under very difficult circumstances and through a very ambitious construction timeline.”

RELATED: Buzz in the air: Through chants and songs, Los Verdes creating buzz for Austin FC

The announcement comes days after Austin FC selected five players in the 2021 MLS SuperDraft, including No. 1 overall pick Daniel Pereira. KVUE's Jake Garcia spoke with Pereira about his journey to fulfilling his dream. You can read more about Pereira here.

Shortly after the draft, Austin FC also added another forward, a former Austinite, Kekuta Manneh. Manneh played in Austin for the USL team Austin Aztex in 2012 before making his MLS debut with Vancouver Whitecaps FC.

WATCH: Daniel Pereira: First ever No. 1 pick from Venezuela | KVUE

Here's the shape up of Austin FC's roster: