No. 16 Temple College and MCC will face off with massive post-season implications this week. 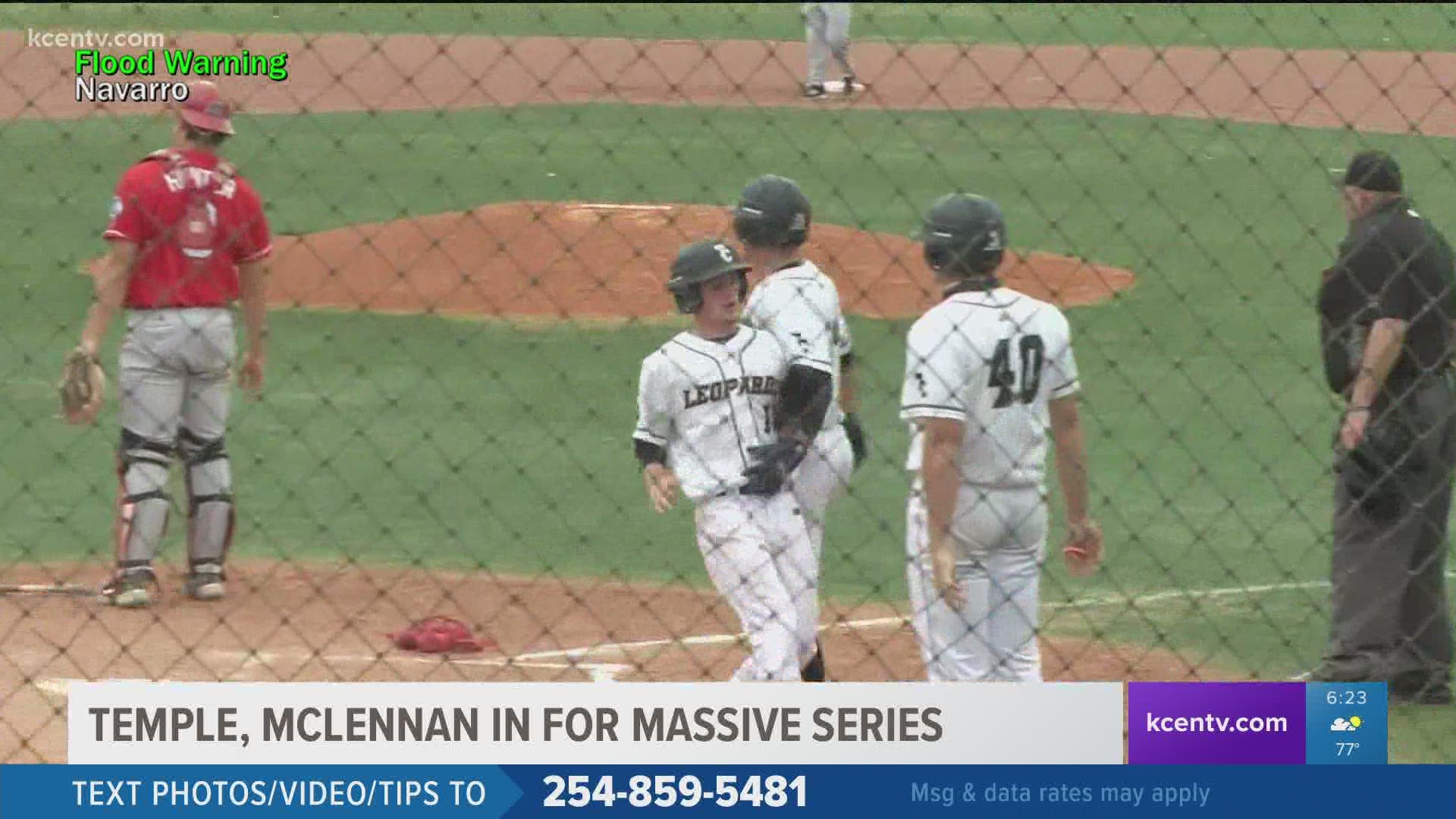 TEMPLE, Texas — There's more than a conference title on the line in Central Texas this weekend.

McLennan Community College, winner of nine straight, and No. 16 Temple College will play a pair of double-headers to decide the conference champion and a host for next weekend's Region V regional.

The pandemic has forced Region V to change its post-season format from a single site to two regionals and a super regional. Western conference champion Howard, located in Big Spring, Texas, will host as a No. 1-seed.

The winner of this weekend's series will not just win the NTJCAC, but host next weekend, too. For TC, the magic number is three wins.

The loser of the series will head to Big Spring as the No. 2-seed in the other regional. The higher of the two regional champions will play in a Region V Super Regional for the region's automatic berth in the Junior College World Series.

The pair will play a doubleheader Thursday at Bosque River Ballpark in Waco beginning at Noon. They'll head to Danny Scott Sports Complex in Temple at Noon on Saturday.