Colin Strickland's surge to the top of gravel bicycling world was unexpected and came via an unexpected route. 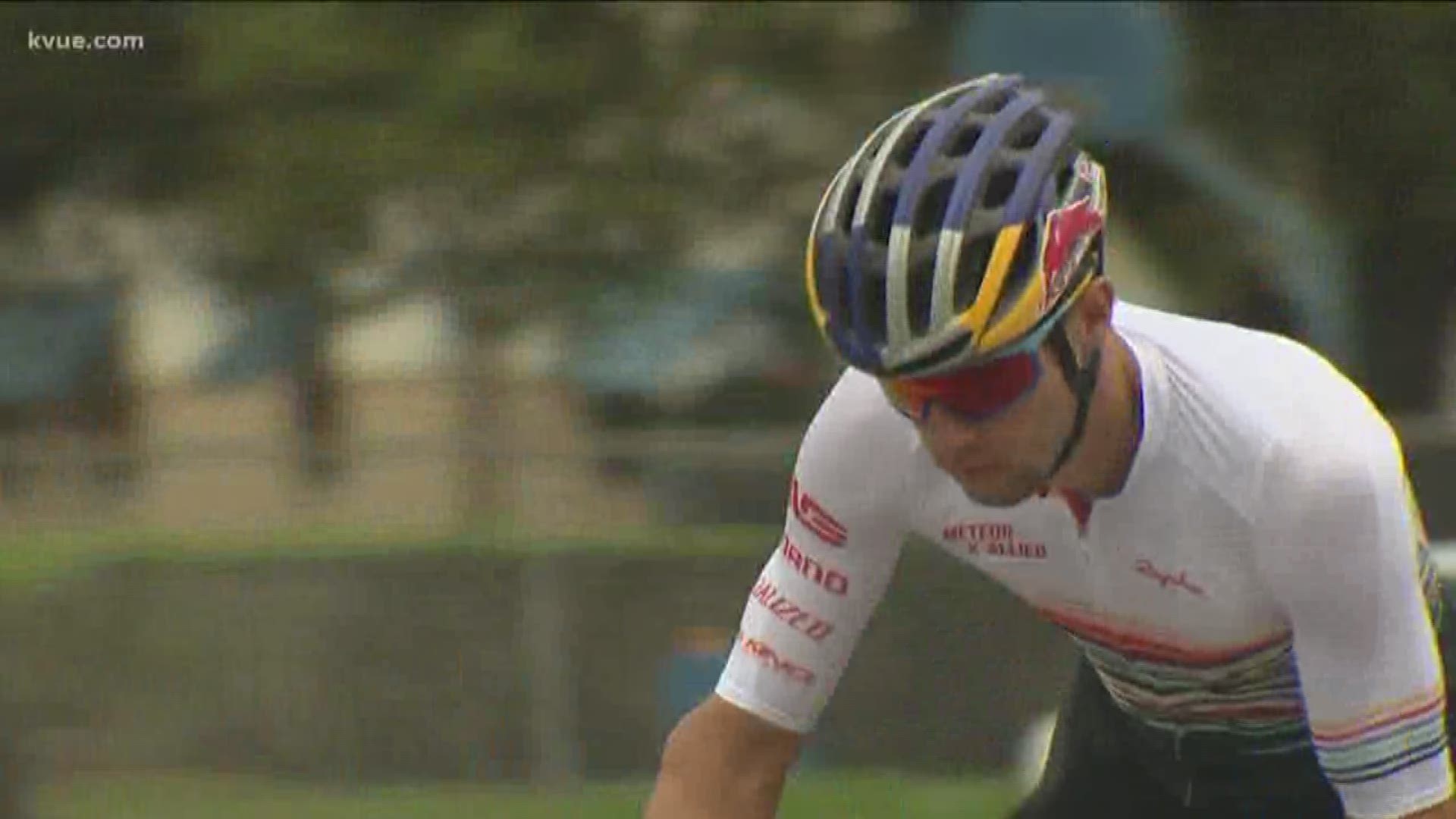 The country's fastest man on a gravel bicycle, in many ways, is just like the rest of us.

In the midst of the COVID-19 outbreak, 33-year-old Colin Strickland wants to stay in shape and wants to do it alone.

"Do something that is fulfilling in these times where everything feels a little jumbled and a little uncertain," he said.

Central Texas born and bred, Strickland's path to the top of the gravel bicycling world was completely unexpected.

Strickland's first form of training came when he attended the University of Texas.

"I lived in Barton Hills and I rode my bike down Lamar with no bike lane as fast as I could, all the way to UT from South Manchaca and Lamar, and I think that, I didn't know I was training, but I was training really hard just to stay alive and get to class on time," Strickland said.

He now averages four or five 100-mile rides a week.

Strickland went from bike lanes to back roads, then from pavement to podium. And after enough first-place finishes, the offer of every cyclist's dreams — every cyclist minus Strickland, that is.

"I turned down an offer to race for a European WorldTour pro team, which for a lot of people that’s kind of the end all, be all, that’s like the NFL," Strickland said. "That style of racing, I liken it to being a soldier in a large war.

"The whole drive behind this is to keep this as genuine as possible," he said. "Let’s remember at the end of the day, this is just the entertainment industry, so [I'm] trying to just put on a show and tell a good story.”

“Some people want a European-style WorldTour robot,” he said.

Colin Strickland, unlike many of his peers, wants to race alone.

“It’s definitely not for everyone," he added.

Shelter in Shape with Jake: Deck of Cards

Shelter in Shape with Jake: UFO

Canada says no athletes at Tokyo Olympics if no postponement; Australia says prepare for 2021

March Madness 2020: Who is the best NCAA champion of all-time? Vote in this bracket.