Just one year after College Gameday visited Waco, the Bears are looking to snap a five-game losing streak. 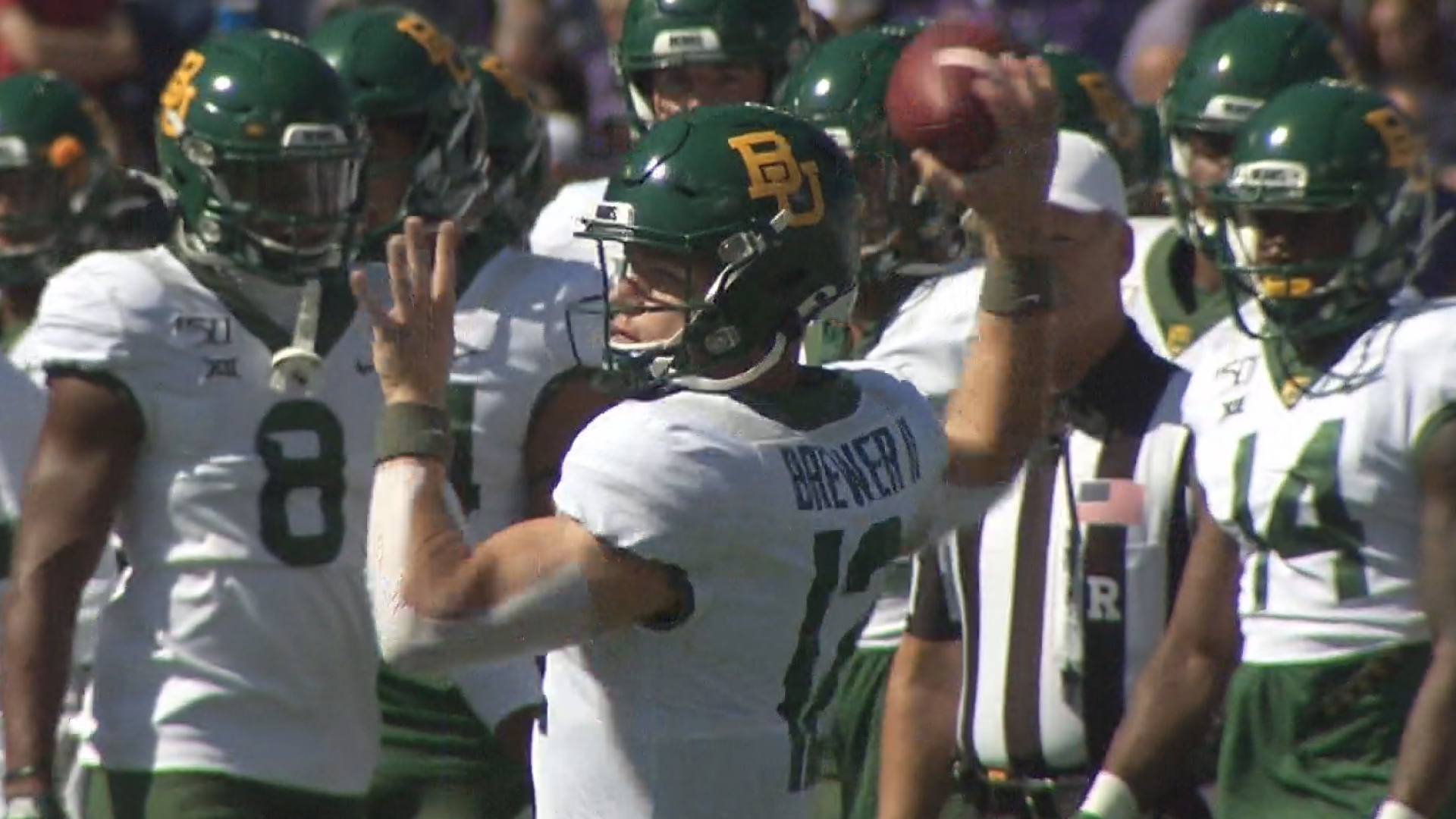 WACO, Texas — At this time in 2019 Baylor Football was in the national spotlight, unbeaten through nine games and featured on ESPN's College GameDay. Fast forward 365 days and the Bears have struggled to grasp their second win of the season.

Baylor now sits second to last in the Big 12, just one spot ahead of Kansas, who the Bears beat in their only win of the season back in September. During the 2019 season, Baylor was able to pull out an incredible fourth quarter and overtime victories, but that is no longer the case in 2020.

One of the team's biggest struggles thus far has been closing out games. Saturday in Lubbock was a prime example of that.

The Bears did what they said they needed to do, which was to get off to a strong start right out of the tunnel, something they did both against Iowa State and Texas Tech.

On Saturday, Baylor led by as much as 14 points in the third quarter, but a late spark from the Red Raiders on offense plus a third-down stop was all they needed to do to take yet another win from the Bears.

Head Coach  Dave Aranda spoke after the loss and said it stung more than the other four losses the team has experienced this season.

"The locker room was down. I think we did enough to win so to not be able to finish is really disappointing," Aranda said.

Sophomore linebacker Dillion Doyle said they have been working on two-minute drills since camp started and to not be able to capitalize when it really mattered is frustrating for the team.

"We didn't execute when it came down to it I had some missed tackles on that last drive that I wish I could get back," Doyle said. "We all just need to improve as a team so we can get better in critical situations."

On Monday, Aranda touched on the fight he sees within his team, especially those who were on last year's 11-3 team.

"Coming off a season like that I know this is a blow," Aranda said. "But for them to realize what they're doing in the day by day will end up helping us achieve what we want and improve upon the limited success we've had. I think that's strong and that's selfless and I am proud of that."

The Bears have a bye week this week, which according to Aranda they will use to work on running the football, tackling, and finishing strong. Baylor will return home to McLane Stadium to face Kansas State on Nov. 28, a kick-time will be announced this coming weekend.

RELATED: Baylor falls to Texas Tech in a heartbreaker