The Lions finished 5-6 after finding their stride during district play. 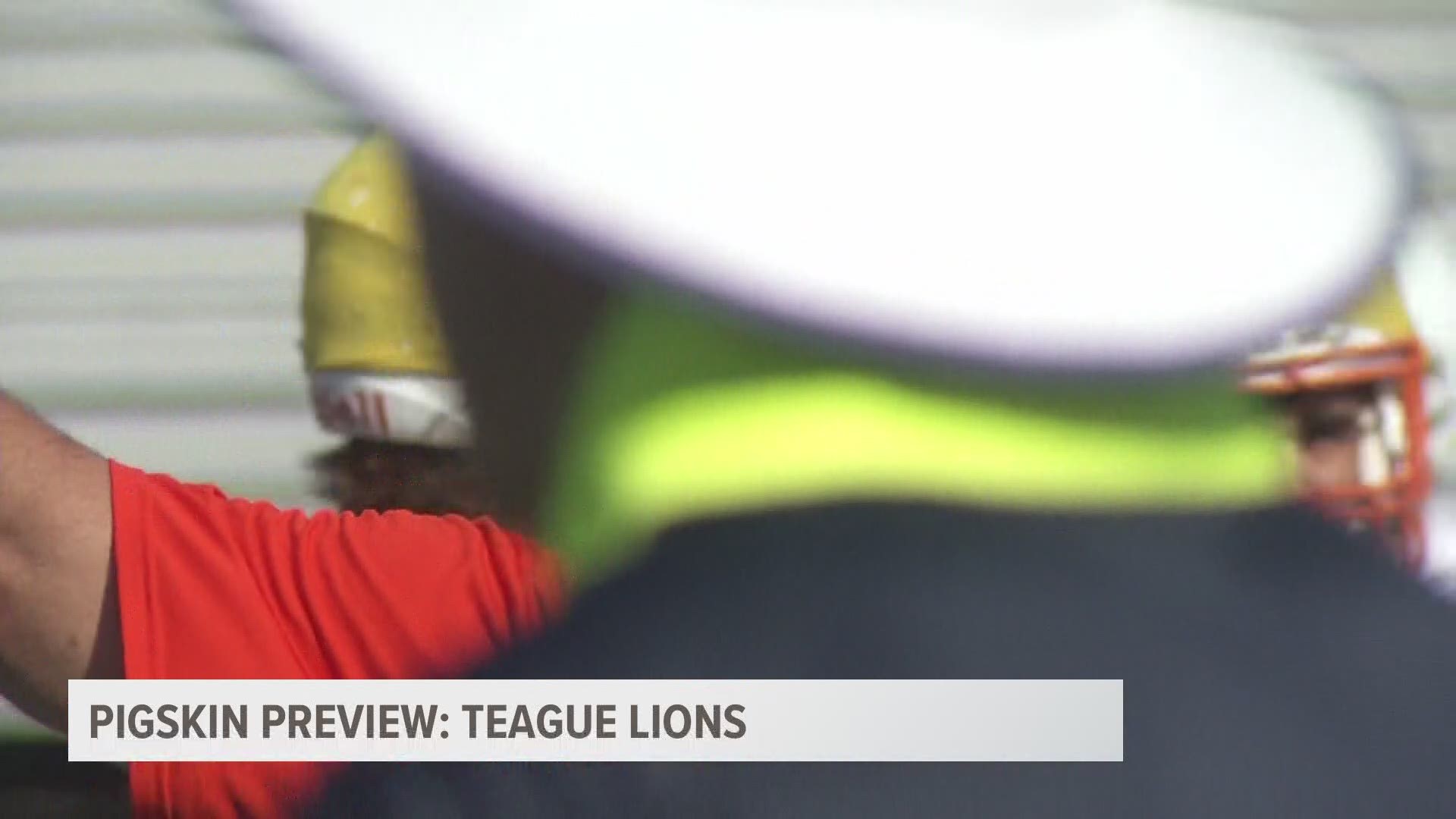 TEAGUE, Texas — The Teague Lions are looking to roar in 2019.

Teague (5-6 in 2018) is off a first-round playoff loss to Troy last year but returns six players on both offense and defense.

This year, they'll turn to a defense showing promise through two weeks of practice.

"That's the way we've always done it, since I took over in 2014," head coach Donnie Osborn said.

The Lions are in a rough District 9-3A Div. I, which features an improved Whitney, powerhouse West and defending state champion Grandview. Osborn doesn't want to ease into the schedule which has Teague playing 4A Div. II No. 8 Lorena, Hempstead and Grandview, in succession, Weeks 4-6.

"It's going to be tough-sledding," Osborn said. "We're going to get popped in the mouth right off the bat, but that made us better last year. We started off the season 1-3 and got our butts kicked two or three times but it made us better when district got here."

The players are thrilled with where the defense stands through two weeks of practice. With six starters back on each side of the ball, the Lions will also turn to their big offensive line to help get out of a loaded district.

"We've just got to come to practice and practice hard," senior receiver and linebacker Ty Abram said. "We've got to apply what we learned in practice to gameday and just go from there."

Senior linebacker and running back Gelico Green added, "We just have to play hard, play together and play as a team. We've all got to be on the same page and we can get it done."

Dave Campbell's Texas Football has the Lions picked third in District 9-3A Div. I, behind Grandview and Whitney. Teague opens the season Aug. 30th at home against defending State Runner-up Malakoff.