School districts would be allowed to decide if homeschool students zoned for their districts can play UIL sports. 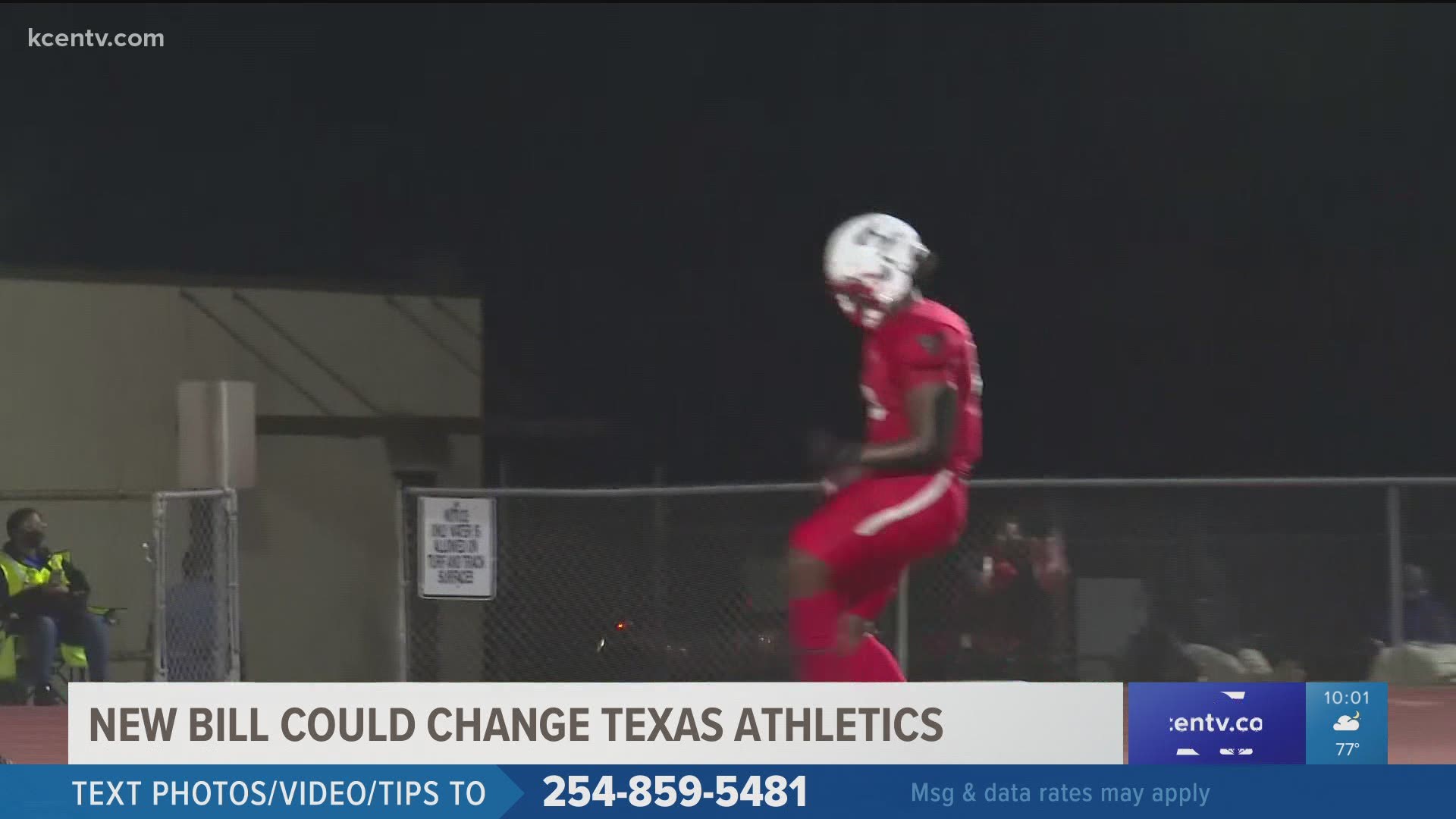 It would allow homeschool students to play UIL sports in the districts they are zoned for. These students will have to pass one of four standardized tests and agree to the same rules as public school peers.

The bill, which received an 80-65 vote by the Texas legislature Thursday, has come with a bit of controversy as some have tried to pass it for years.

The Texas High School Coach's Association is against the bill. The biggest issues they find with it: how the school would be able to fund these new students who aren't in the classroom, the inequity in both school work and on-field practice and training and how it would affect team comradery.

Alan Haire is the head football coach at Salado High School and is in opposition of the bill.

Haire says that there is no way to guarantee that the students in the public classrooms and the ones who are being homeschooled are going through the same rigors. He also worries about how he can shape these young men he coaches if he just seems them on the field.

Maybe the biggest issue he has with the bill is what he calls an "inequity" in how expectations would be delivered from a public school student and a homeschool student.

“What are the academic rigors at home compared to school, we want them to be taking care of their business at school as well as on the field, that goes hand in hand," he said.

JT Thompson is someone who is in favor of the bill. He is a parent of four homeschool children and also serves as the athletic director of the Texas Wind Athletics organization. It gives homeschool students an opportunity to play athletics in the area.

Thompson thinks that the education issue isn't a big deal, considering many colleges are switching to homeschool style curriculums.

“It very much follows the university model," he said. "If you think about college now, you go to class once or twice a week, the rest of the time you do it yourself.”

He believes the other positive aspect of the bill is providing these students with athletics, noting that many in the state of Texas don't have programs like Texas Wind. He says he has students who come from as far as Austin and Stephenville to play for him.

"Those students who home school from smaller or more rural areas of Texas, they don't have the opportunity or they can’t drive three hours for something like Texas Wind offers.”

Rep. Bill Buckley of District 54 was one of the 80 members of the house who  voted in favor of the bill. In a statement to 6 News, Buckley wrote:

"Currently 35 states allow homeschool students to participate in UIL or equivalent activities. HB 547 seeks to allow the same opportunities for homeschool students in Texas. I only supported this bill after securing critical amendments. First, a school district does not have to allow homeschool students to participate. It is the choice of individual school boards. Second, the bill codifies homeschool freedom and prevents government intrusion into the rights of homeschool families. Lastly, participating students must follow all local attendance requirements and requirements of participation. I heard from many different constituents concerning this bill. My personal belief is that our children deserve opportunities that parents choose to allow and school districts choose to provide."

The bill is not anticipated to be brought up in Monday's Senate session, but members of the THSCA are asking parents to call local representatives and ask them to vote "no" for the bill.

There are around 350,000 homeschooled students in the state of Texas.

RELATED: Column | Chuck Douglas was so much more than a coach to Belton