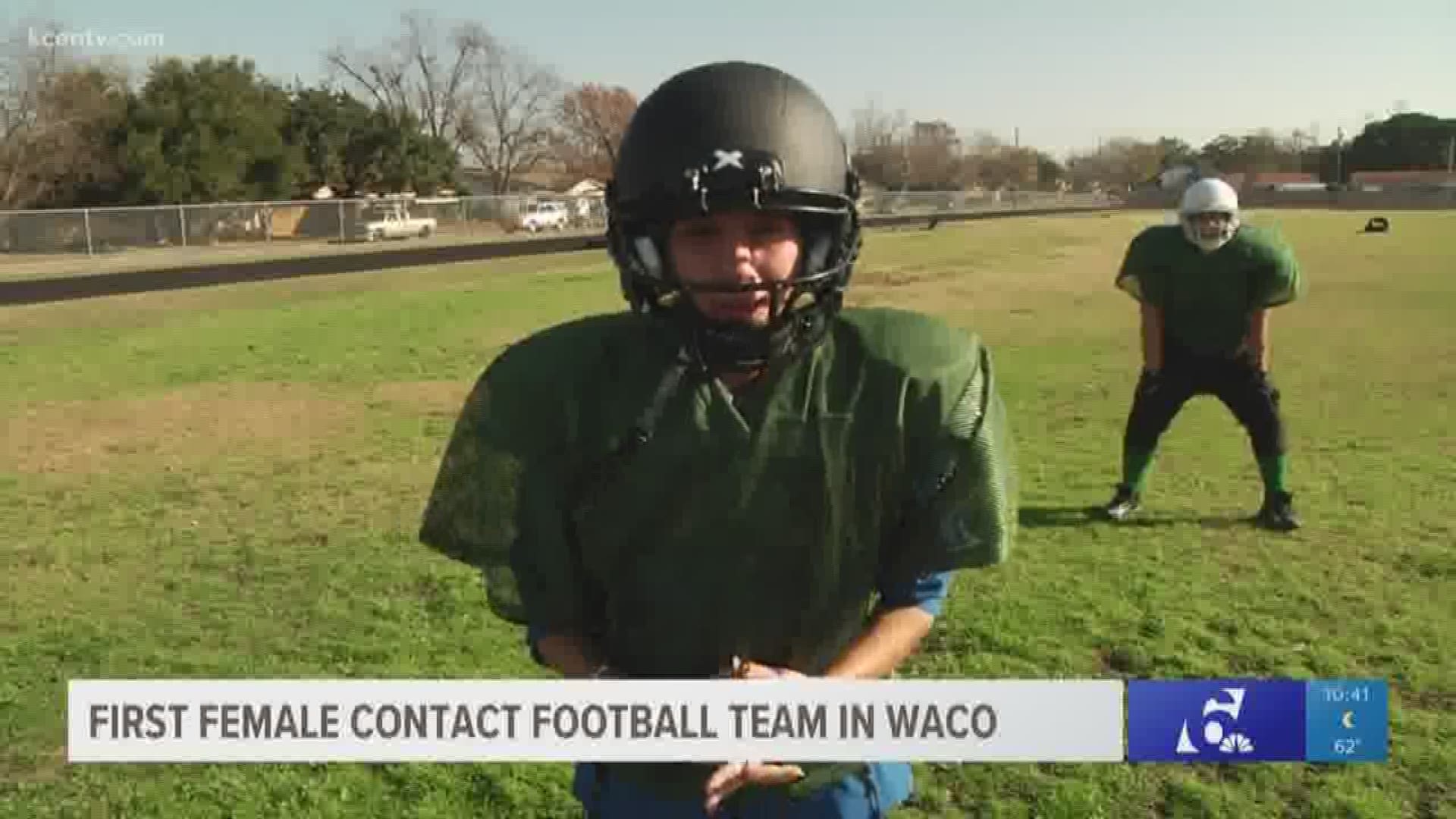 WACO, Texas — For the first time, Waco has a full-contact all-female football team. The Mad Bears was created by Brittanie Durdin in August when she decided she wanted to play real hard-hitting football.

Durdin posted on Facebook and bought ads to recruit women to join her team. Since then, the Mad Bears have 18 female athletes and are still accepting players before the season starts in April.

The team is under the "Female Football Alliance" which includes more than 65 teams nationwide. They will face teams in Texas during the regular season and if they make the play-off then they will play out of state.

"I wanted to get out of the house and be a part of something," Bennett said. "It also helps with my depression and anxiety-- social anxiety."

Durdin said the team's objective is to end the stigma behind women playing football and breaking barriers.

The Mad Bears pay for their own equipment and the team members say it's worth it to be a part of the family.

The team will accept females 18 and older with no experience necessary to join their team. If you are interested you can visit their Facebook Page.