The run is taking a bigger role in Baylor, Big 12 offenses

The Bears, through two games, are averaging 318.0 yards per game running. That's 122 yards above where it was at the same point in the 2018 season. 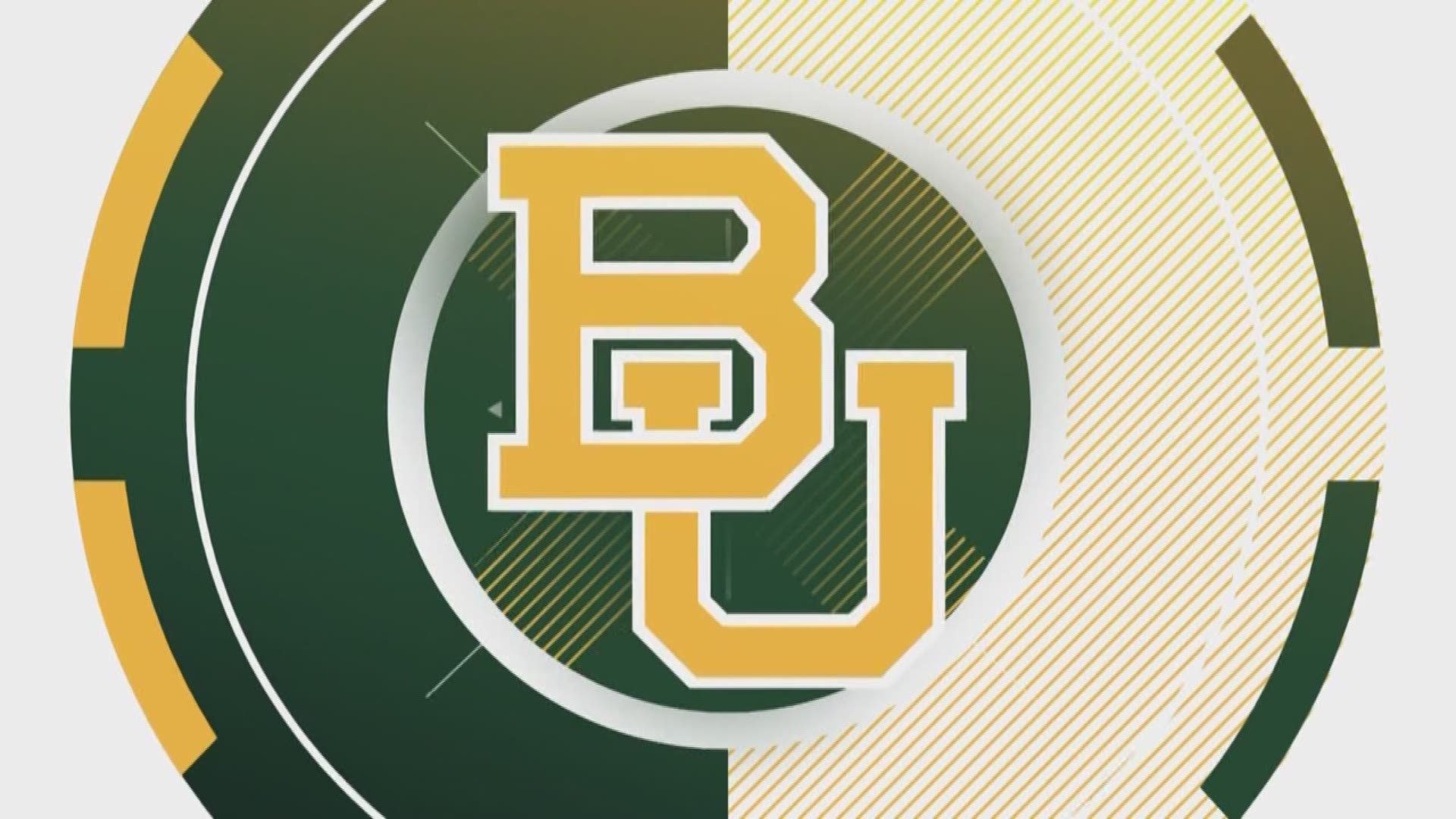 WACO, Texas — During football season, the Big 12 has long been known for spread offenses and air raid attacks.

Through three weeks in 2019, the run is taking a bigger role around the league, as Kansas and Kansas State both showed in true road wins over Power 5 opponents last week.

"You are seeing a league that was once all spread being very multiple and very versatile," Baylor coach Matt Rhule said in his Monday press conference.

In its win at Boston College last Friday, about 58% of Kansas' offense came on the ground.

In Kansas State's Saturday win at Mississippi State, about 54% of the Wildcats' offense was on the run.

In Baylor, those increases are even larger.

The Bears, through two games, are averaging 318.0 yards per game running.

That number ranks second in the Big 12:

Better yet, for fans of the green and gold, the Bears rank in the top five, nationally:

"It's very important," Baylor senior offensive lineman Sam Tecklenburg said. "For me, personally, that's something I want our O-Line to be able to do."

Through two games, Baylor's average is 122 yards above where it was at the same point in the 2018 season, when the Bears ran just 196.5 yards per game.

Rhule said those numbers are courtesy of key guys like senior WR Denzel Mims committing to being truly well-rounded players.

After the Bears' win over UTSA, in which they rushed for 368 yards, Rhule emphasized the importance of multidimensional players.

"We don't want them to be one-dimensional," Rhule said. "If you take away a man's strength, you leave him weak. We want to have him be strong and well-rounded in lots of different areas."

"To get some games like this going early in the season, as we do to conference in a couple weeks, is big," Tecklenburg said.

In fact, the Bears hold three of the Big 12's Top 15 rushers through three weeks, including two in the Top 6:

But that doesn't mean the Bears are satisfied.