Through their eyes | Baylor hoops

John Werner of the Waco Tribune-Herald and Voice of the Bears John Morris give their take on the Bears' amazing season. 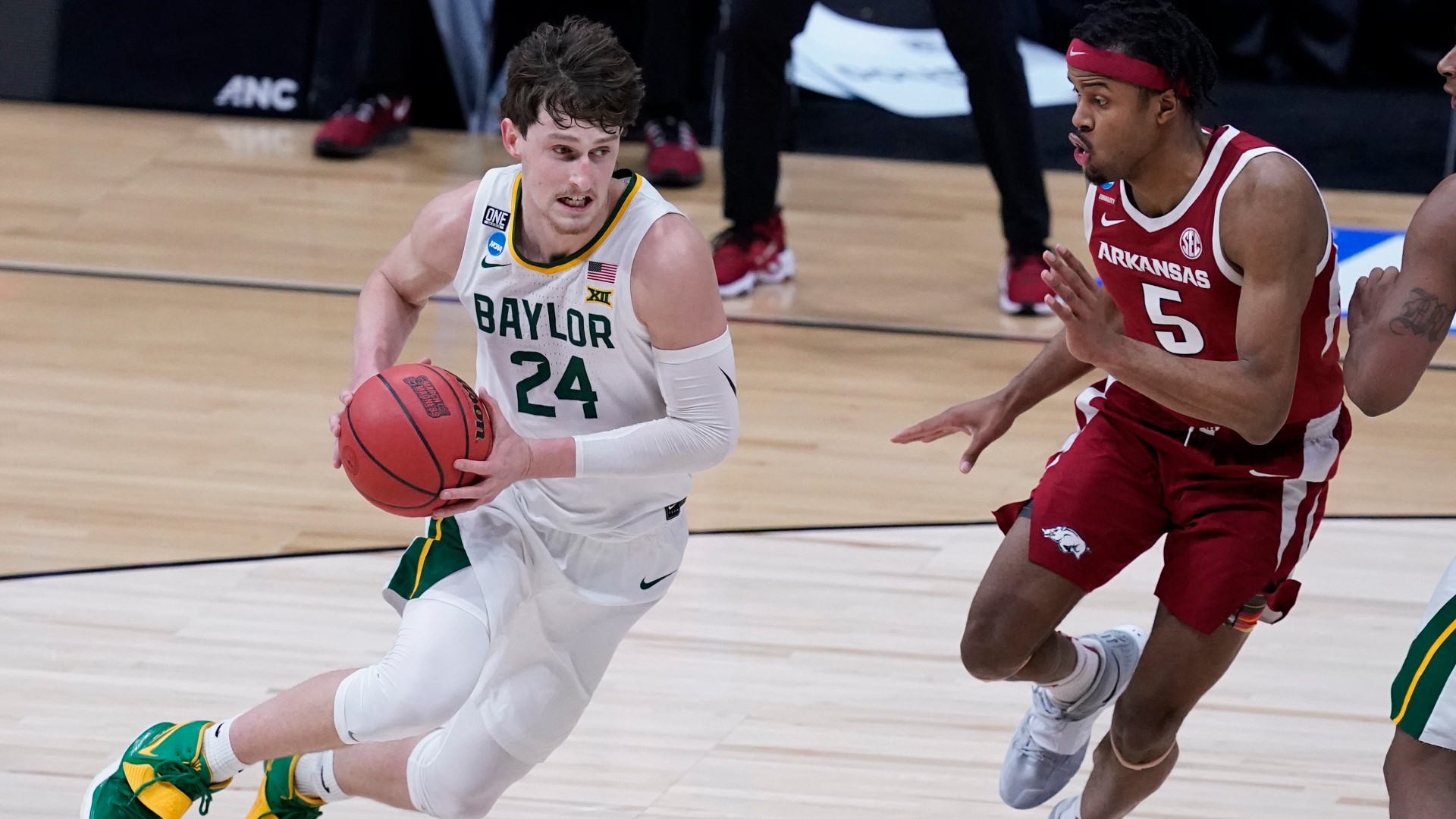 INDIANAPOLIS — This Final Four run for the Baylor Bears comes in Scott Drew's ninth NCAA tournament appearance in his time in Waco. But it wasn't that long ago that he snapped a 20-year tournament drought for the green and gold.

John Werner of the Waco Tribune-Herald and Voice of the Bears John Morris have both seen a lot of Baylor Basketball games since the mid-'80s. They have seen the program at its lowest and neither was sure they would see the program reach its current height.

“It’s the best program in Texas right now, I don’t think there’s any question about that," Werner said.

Werner has covered the Baylor Bears since 1987. He remembers the Bears making the NCAA tournament in 1988.

“Not the on-the-court part, those things happen to every school. Just the things that happened off the court you would never wish on your worst enemy,” Morris said.

So what changed leading into the first NCAA tournament in 20 years?

"He started getting some pretty good players. Curtis Jarrell, Kevin Rogers, Henry Duggat and then they got tweety carter the next year. Those guys were the basis for that 2008 breakthrough,” Werner said.

Morris said everybody brushed off Drew's vision 18 years ago.

"At Coach Drew’s initial press conference, he said we want to win conference championships, we want to go to the final four," Morris said.

Now, the team is actually at the Final Four.

"This year, they were the favorites and I think they played like it,” Werner said.

But how long shout Baylor fans expect to wait for the next one? Morris said it won't be for another 71 years.

"Uh, next year? I’m not going to sell that man short,” Morris said.

One thing both Werner and Morris said was that although Drew has matured and adapted as a coach, he still has the same drive and vision that he had on day one back in 2003.