The event begins on Sunday at 7 p.m. 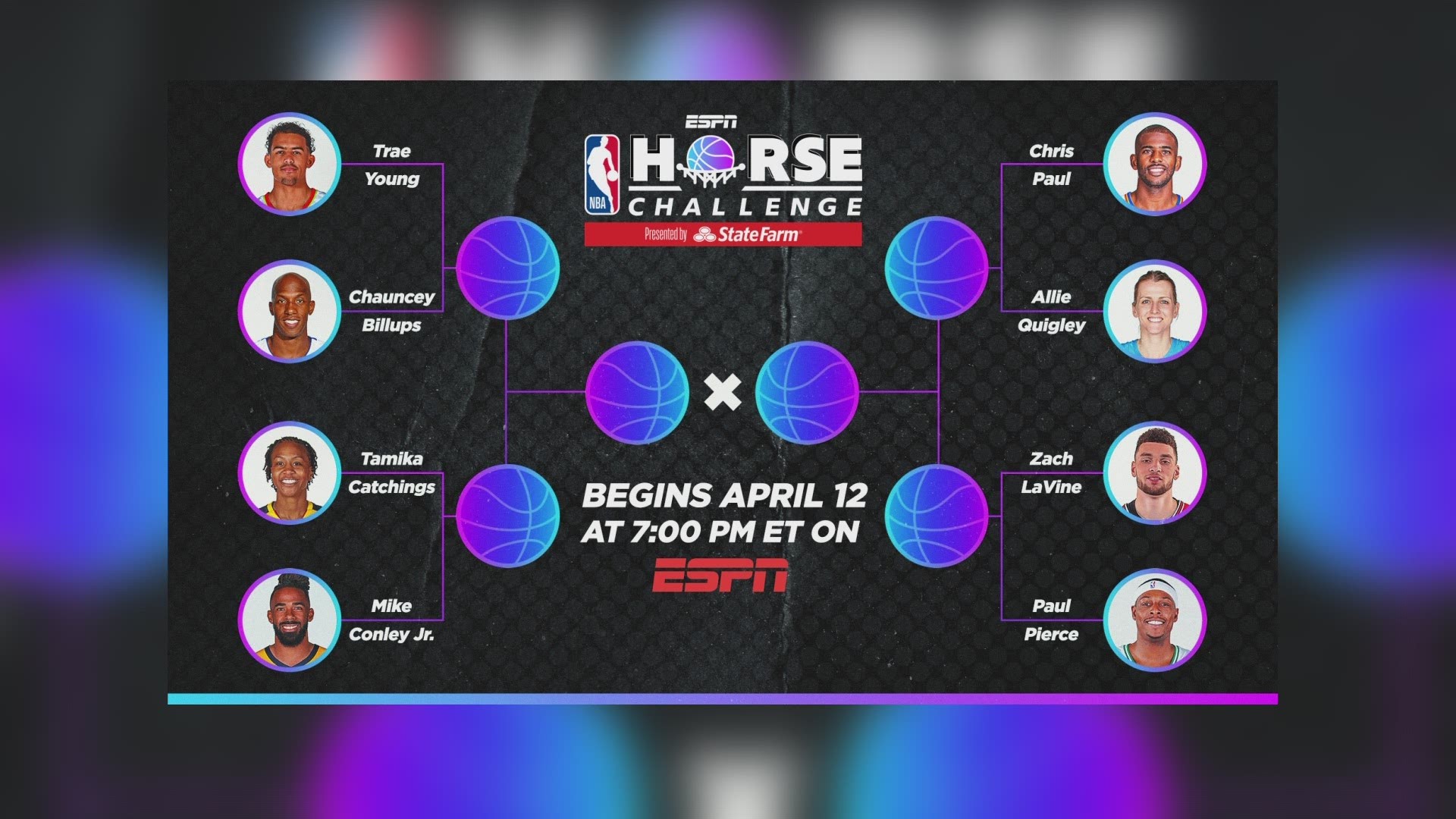 ATLANTA — Alright, Atlanta fans - you finally have something to root for again.

It may not be full sports, but ESPN and the NBA are teaming up for a social distancing compliant tournament of HORSE starting this weekend, and Hawks star Trae Young was confirmed Thursday as one of the participants.

One of the most creative players in basketball, Young figures to make a fun HORSE participant - for the uninitiated, the game works with players challenging one another with trick shots.

RELATED: The Class of 2020: Honoring senior athletes from metro Atlanta

If you make yours and your opponent misses, they get an H. Repeat, they get an O, then an R, and so on. You lose when you spell HORSE.

The event begins on Sunday at 7 p.m. They'll wind down the field to four before they play the semifinals and final next Thursday.

Young will play Billups on Sunday.

According to a release, the players will compete "from their respective, isolated home courts," presumably meaning Young will be shooting at an empty State Farm Arena.

As part of the event, the release said, "State Farm will donate more than $200,000 on behalf of the participants to charities focused on coronavirus response efforts."