June 8 was the first day that athletes were allowed back on high school campus' for summer workouts. 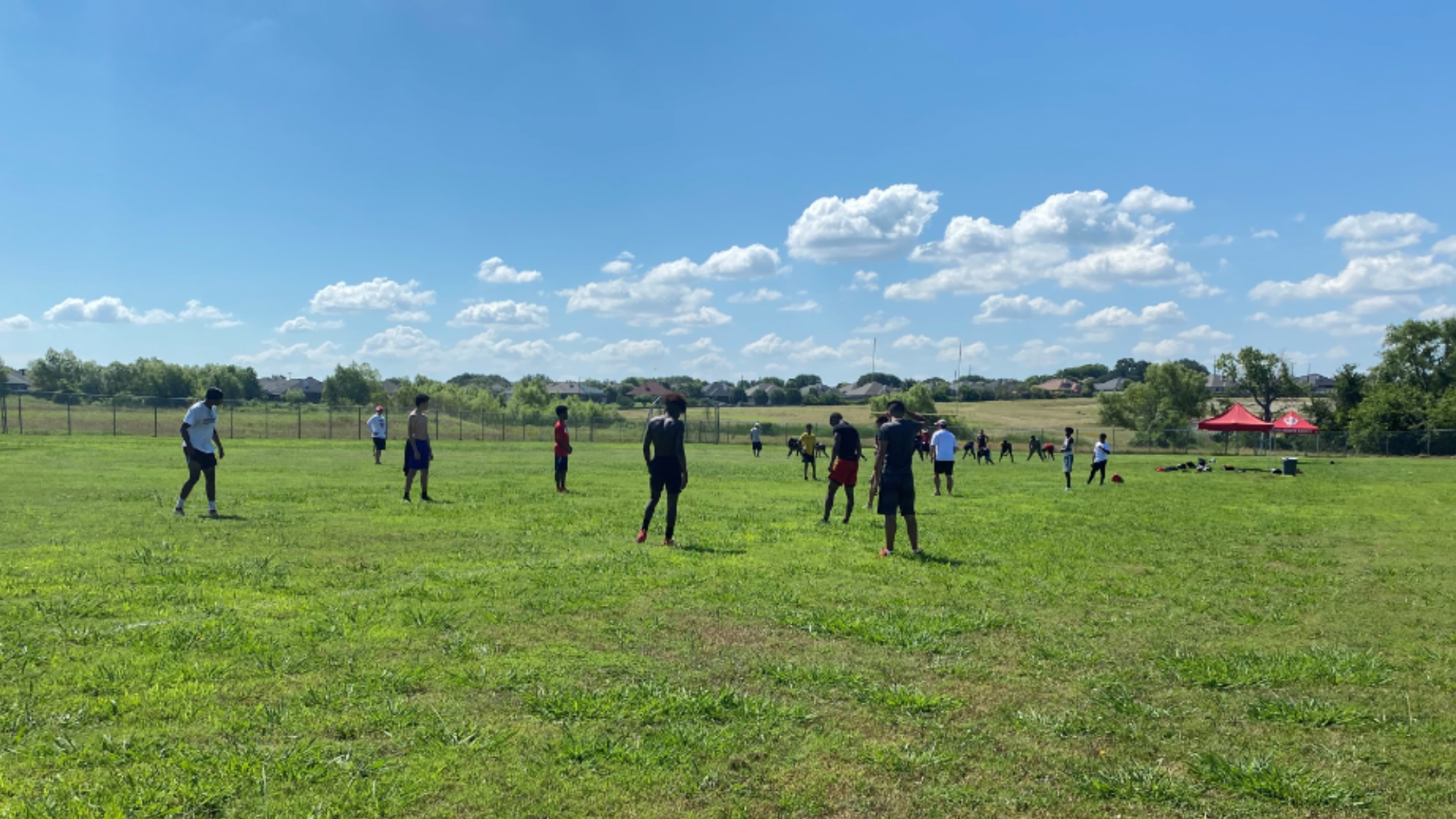 KILLEEN, Texas — The last time high school campus' across Texas had athletes present for organized sports was March 6. Monday, the teams were given the green light to get back to work.

"We have been talking this day up for two weeks now," Senior DT/ DE/ DL for Harker Heights Jack Byse said. "We were all texting our coaches asking what it was going to be like and what we should bring we are so excited to be back."

"Baby steps are better than no steps," Shoemaker Head Coach Toby Foreman said. "We are just so excited to be back out here."

Camps will look very different than past summers. The UIL sent out guidelines to be followed by the athletes and coaches.

"We have a 20-1 coach to athlete ratio," Harker Heights Head Coach Jerry Edwards said. "We made sure to put all the kids into small groups and there is a 25 percent capacity limit in the weight rooms."

Other guidelines include maintaining six-feet of social distancing, temperature checks before entering facilities and sanitizing all equipment in between uses.

Both Harker Heights and Shoemaker saw over 100 kids just for football Monday, all of which were broken up into small groups and staggered throughout the day.

"Everyone is looking at us to see if we can do this right," Edwards said. "So we need to make sure we're following the guidelines both here and away."

All of these added precautions have laid the foundation for what's to come with fall sports.

"It may not be as productive in the sense of getting better faster," Foreman said. "But it will be way more productive in keeping everyone safe and healthy."

While UILhas allowed an extra day for strength & conditioning each week, up to five, it's more than tripled the amount of sport-specific instruction allowed in the summer from two hours per week to 90 minutes each day.