The Crusaders dominated Simpson College to win their first game of the season. 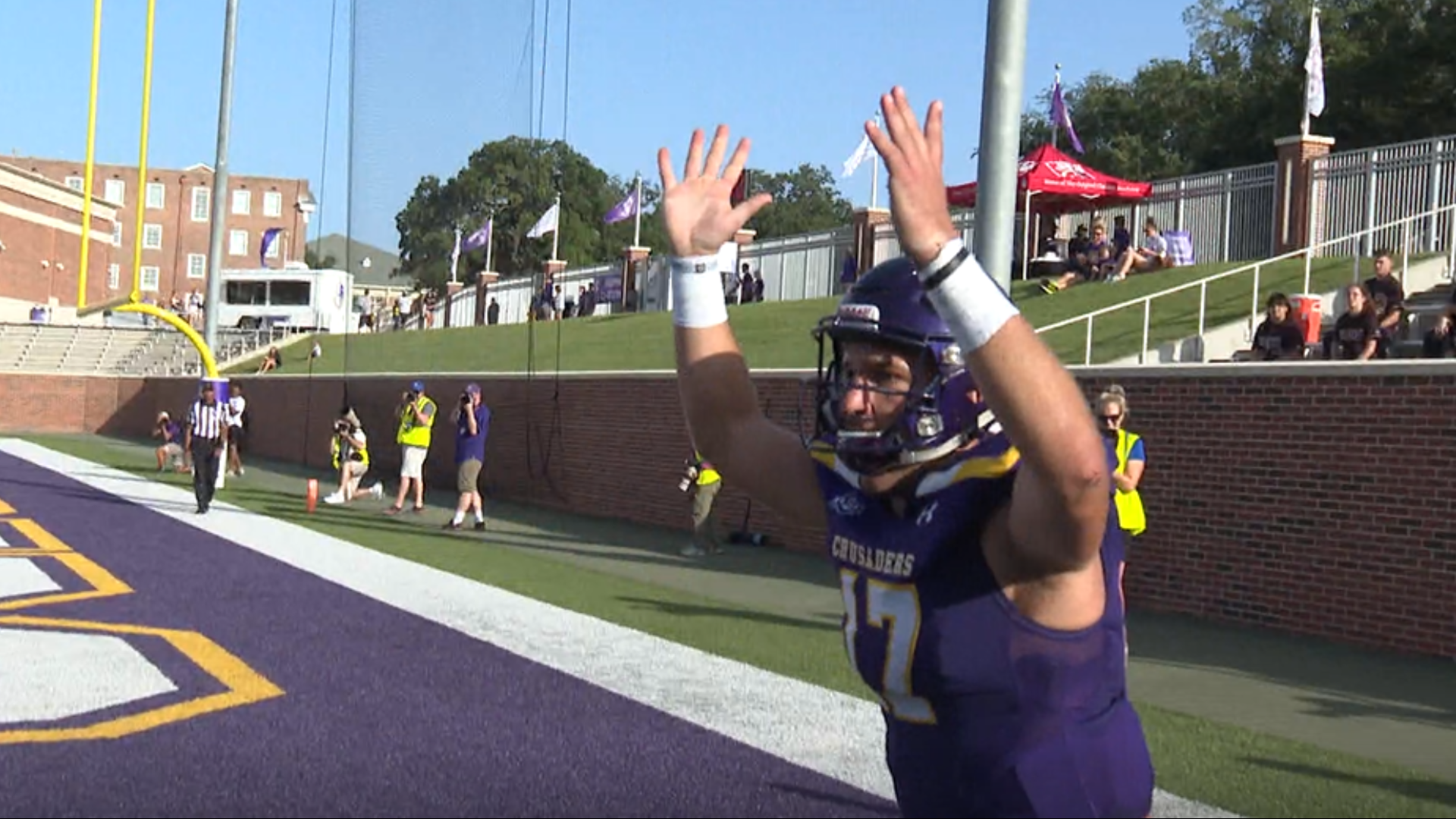 That is the only real way to describe the performance from the University of Mary Hardin-Baylor football program on Saturday. They opened their season against Simpson College with a whopping 84-6 victory.

The Crusaders wasted no time jumping down the throats of Simpson, blocking a punt inside the 20-yard line of the Storm. They took over in great field position and quarterback Kyle King made it count with a 16-yard rushing touchdown.

NEARLY 100. @CruFootball went off against Simpson College and win it 84-6. QB @Kylewking went off with 3 rushing scores in the 1st quarter. UMHB is 1-0. @KCENSports pic.twitter.com/6ZSKuBkWPM

King didn’t stop there. He rushed for three touchdowns in the first quarter alone, all of them coming before the clock could hit five minutes in that opening quarter. His other two went for 2-yards each.

In the second quarter, they didn’t let up, scoring on the first play they ran. Brandon Jordan caught King’s first passing touchdown of the season. The Cru QB ended with 244 all-purpose yards and six touchdowns in the game.

The Cru defense showed up in a huge way, allowing just 155 passing yards and put the Storm in the negative in rushing with -9. They came away with three interceptions and a forced fumble.

On a quest for their 17th American Southwest Conference Championship, the Cru have to be happy with a 78-point victory for their first victory of the season.

They’ll play at home next week when they host East Texas Baptist at 6 p.m.