Aston's contract was set to expire in August. She will not be returning as head coach of Texas women's basketball. 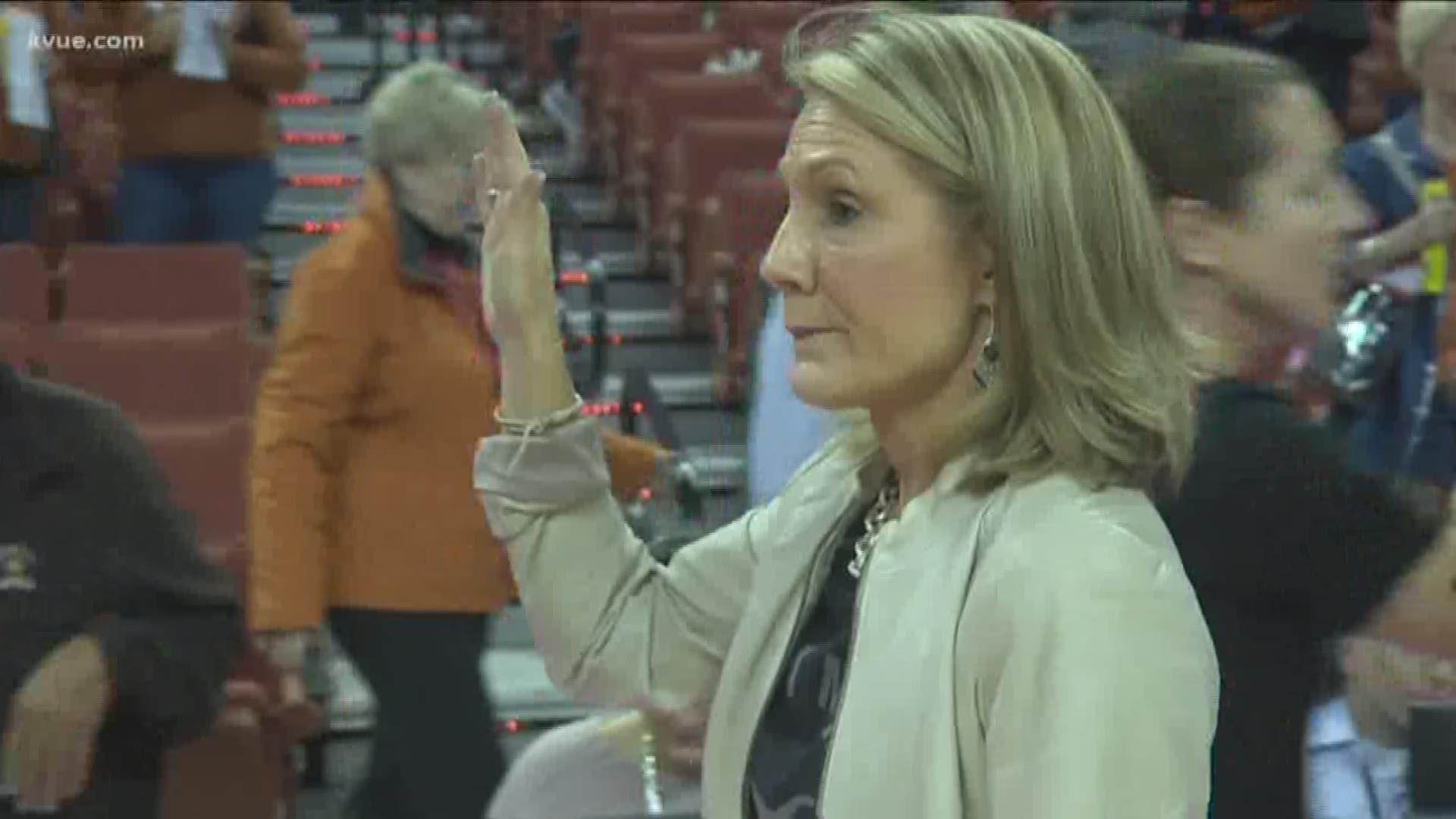 AUSTIN, Texas — After eight seasons as head coach of Texas women's basketball, Karen Aston will not be returning for the 2020-2021 season.

Aston's contract, which runs through Aug. 31, will not be extended, Texas athletic director Chris del Conte said on Friday.

“This was an extremely difficult decision as Coach Aston’s contract was up and we put a great deal of thought into it, but decided not to extend it,” Del Conte said. "After evaluating and reviewing where we stand as a program and discussing the future, we have determined to move in a different direction with our continued goals to work to contend for conference championships and NCAA elite status."

Del Conte said the search for a successor begins immediately.

The Longhorns advanced to four straight Sweet 16s from 2015 to 2018, and posted their best season of Aston's tenure when they went 31-5 and advanced to the Elite Eight in 2016.

Texas, however, didn't win a conference championship and had only one win against Baylor during her time at the helm. Texas finished second to Baylor in three straight seasons from 2016 to 2018.

“For our student-athletes, staff, letter-winners, fans, alumni and donors, we recognize the challenge of making a change in this particular springtime, but there is never a right time for a difficult decision like this," del Conte said. "We feel it is in the best interest of our program to move forward now and establish new direction for the 2020-21 season.”

NCAA to give spring sport athletes extra year of eligibility

March Madness 2020: Texas faces off with Richmond in 1st round of virtual NCAA bracket