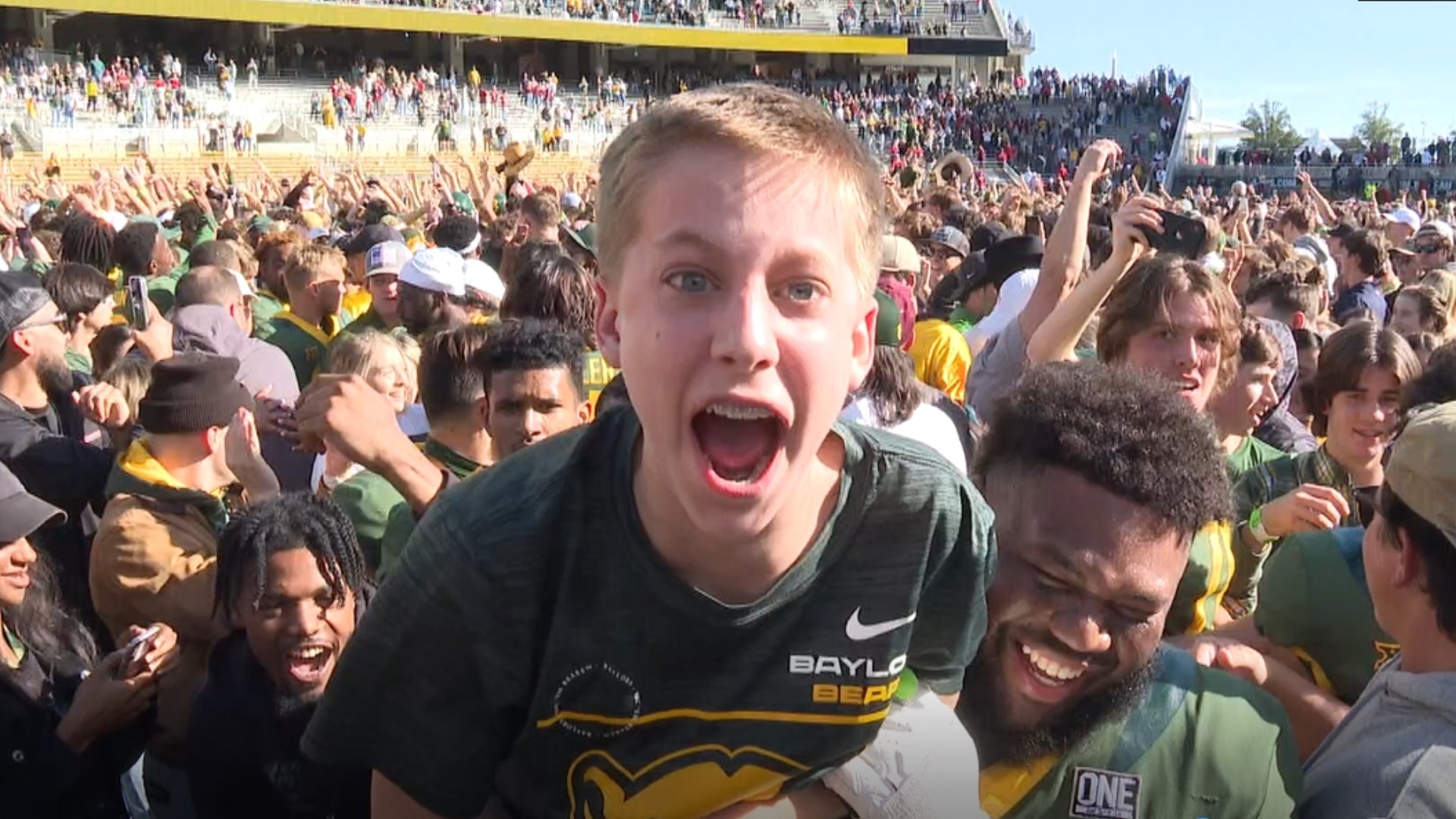 WACO, Texas — The Baylor Bears hosted Big Noon Kickoff on FOX on Saturday as the Bears hosted the University of Oklahoma.

In what may be the Sooners last trip to Waco as a member of the Big 12, the two teams certainly put on a show.

Reggie Bush is amping up the #BigNoonKickoff crowd outside McLane Stadium ahead of @BUFootball’s game against #Oklahoma. #Baylor #SicEm pic.twitter.com/fG3icTbhMR

It started with the pregame festivities which included a live show featuring college legends like Matt Leinart, Reggie Bush, Brady Quinn, and even Mr. Sooner himself, Bob Stoops.

It was the first pregame show hosted outside of McLane Stadium since College Gameday came to town in 2019.

Even without the pregame hype, fans were excited for the rivalry game against Oklahoma.

“We were freshman during the 2019 season when we lost to them multiple times, so for us, its personal," said juniors Megan, Zoey and Kenzie."

#12 #Baylor knocks off #8 Oklahoma and the madness ensues. Fans, children, anyone who lives in Waco was on the field at McLane Stadium after the game. #SicEm @BUFootball @KCENSports pic.twitter.com/BrgJy8zMdE

Big Noon Kickoff has never come to Waco, but it certainly didn't disappoint.

“We didn’t know what to expect with Fox Big Noon coming but this has been awesome so far," the junior said.

That group mentioned that they wanted an upset, with No.13 Baylor finishing on top of No.8 Oklahoma.

That is exactly what they got.

The Bears knocked off the Sooners 27-14.