Who Baylor might look toward to replace Matt Rhule

After three years in Waco, Baylor's head coach is headed to the NFL. Matt Rhule accepted the head coaching position with the Carolina Panthers. 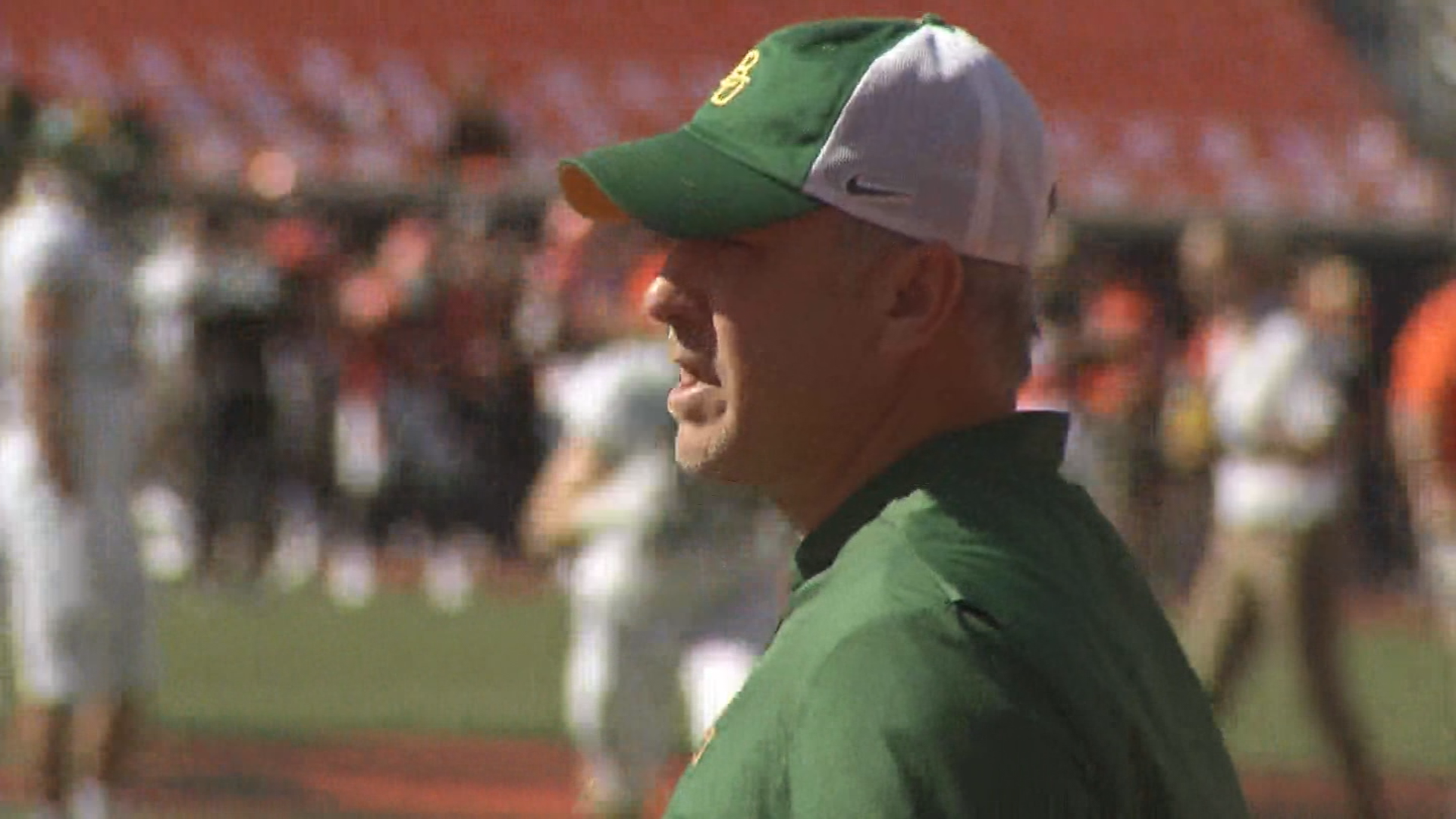 WACO, Texas — After three years and one of the best re-builds in college football, Matt Rhule is leaving Baylor to become a head coach in the NFL.

Rhule's departure comes as no surprise after he was courted by NFL teams since arriving in Waco in December 2016.

This creates a late opening for Baylor's head coach. However, the next head coach of the Bears may already be in Waco.

Joey McGuire was one of Rhule's original hires at Baylor. He came from Cedar Hill High School near Dallas.

McGuire was one of three coaches Rhule nabbed from the Texas HS ranks, alongside former Baylor QB Shawn Bell and David Wetzel who was the first to become an on-field assistant. Since then, McGuire's name has spread throughout college football as one of the hottest names in coaching.

Rhule stated to the media during the season, "Joey McGuire is going to be a great head coach, some day."

After hearing the news of Rhule's departure Tuesday, current and former Baylor players, including RB Trestan Ebner, took to Twitter campaigning for McGuire to be promoted.

McGuire's son Garret, who was on the roster in 2019, pointed out that the four head coaches in the College Football Playoff following the 2019 season were all promoted from within upon their predecessors' departures.  Those include LSU's Ed Orgeron, Ohio State's Ryan Day, Clemson's Dabo Swinney, and Oklahoma's Lincoln Riley. Garret is campaigning for his dad to be promoted to head coach of the Bears.

In fact, McGuire, who has never been a coordinator at the college level, was named Interim Head Coach upon news of Rhule's departure from Baylor.

Nixon has prior NFL experience and came to Waco from San Francisco where he was the 49ers' tight ends coach. Nixon has guided the offense during the rebuild and helped turn it into one of the most efficient offenses in college football.

Snow is one of the most respected defensive coaches in college football and was Rhule's defensive coordinator at Temple. Snow has been coaching in college since 1979 and has never been a head coach. He also has four years of NFL coaching experience with the Detroit Lions.

All three are widely respected within the program and Baylor's athletic department.

If Baylor were to look outside the program, it would typically look for the next "big name" at the Group-of-5 level. However, the two biggest names there - Appalachian State's Eliah Drinkwitz and Memphis' Mike Norvell - have already been hired at Power 5 conference jobs, with Drinkwitz going to Missouri and Norvell to Florida State. On the collegiate coaching carousel, Jan. 7 is considered "late."

Anderson played at Baylor in the 1980's and is a native of Hubbard, in Hill County, just a 30-minute drive from Waco.

Furthermore, Anderson was in the mix for the job in 2016 when Rhule was hired. Anderson has been the head coach at Arkansas State since 2014. He went 47-30 and won the Sun Belt Conference twice.

If this move happened a year ago, Littrell's name may have been a the top of the list. However, after his North Texas team went a mere 4-8 in 2019, his name may have lost a little luster.

Littrell just finished his fourth season as the head coach at North Texas and is 27-25, overall, 0-3 in bowl games.

Littrell has a track record for recruiting diamonds in the rough, and found UNT QB Mason Fine from Locust Grove, Oklahoma.

Plus, Rhule managed to get Baylor to the Big 12 Championship Game for the first time.

With National Signing Day on Feb. 5, it is expected that Baylor will announce the new head coach within 10 days to make sure it minimizes the loss of recruits or holds the class together.