“Dogs, cats, snakes, anything. People fall in love with them. There’s no replacement. They fill a chunk of life that no other being can." 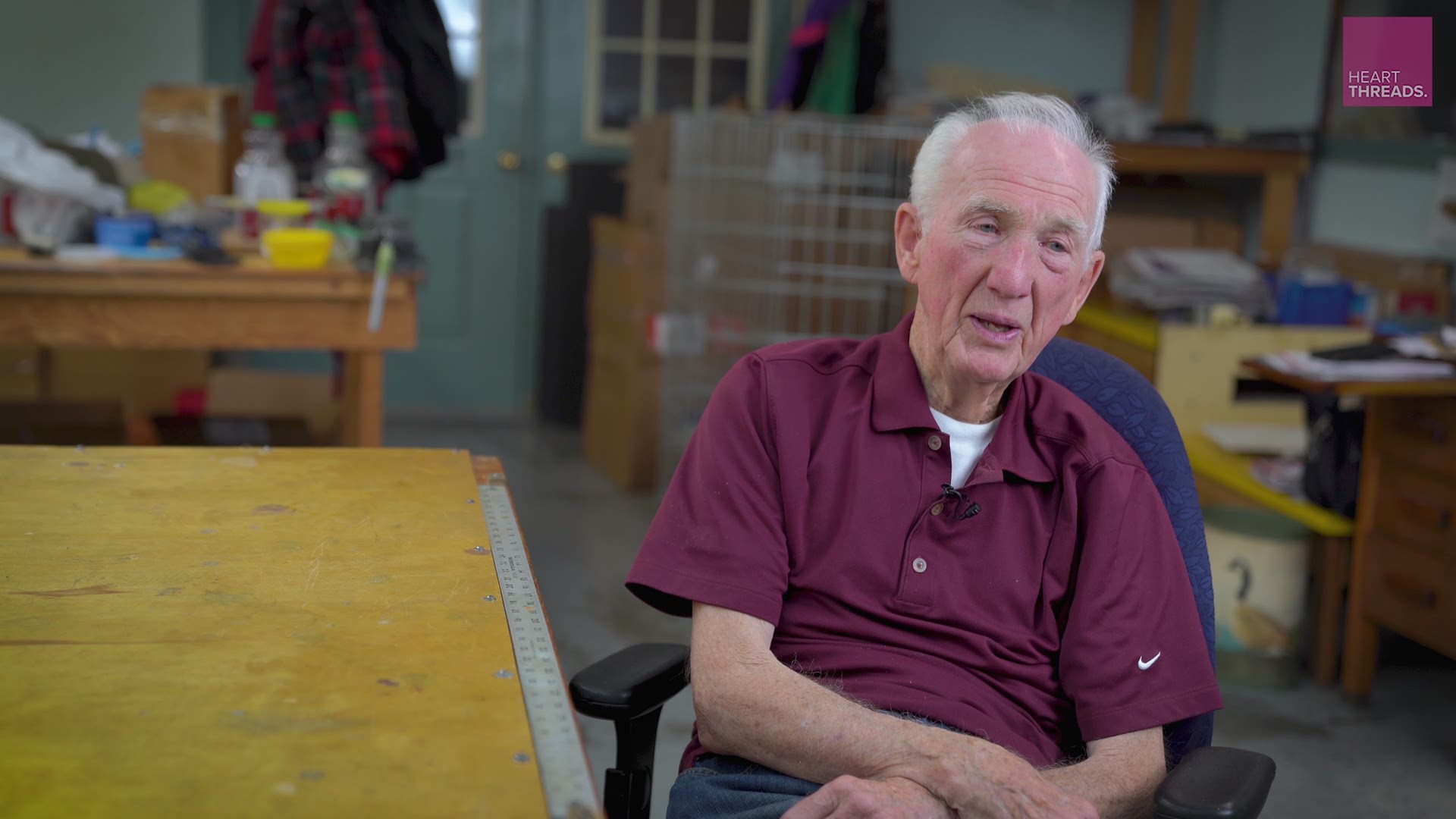 During his 91 years of life, he has worked as a skiing teacher, an orange picker, soldier, rancher and veterinary neurosurgeon.

But perhaps the most intriguing job he has done is the one he invented himself: a creator of dog wheelchairs.

After serving in World War II, Parkes pursued a career in veterinary medicine with a specialty in orthopedics and neurosurgery. The demand for Parkes was high. In the 1950s and 60s, Parkes estimates he would see around 96,000 animals annually at the University of Pennsylvania.

During that time, dogs and other animals were typically euthanized when they had spinal issues that made it impossible to use their legs to walk.

“Animals, because they can’t walk, should not be put to sleep,” said Parkes. “I felt there must be a way. And it became obvious – make something for them and try it!”

Parkes took to the streets to gather an array of items, including wood planks and wheels from children’s wagons and carriages.

He called his creation a pleasant surprise. But it was far more than that. It was something never before seen.

“I put something together and the dog ran out the door and I said, ‘Uh oh. I’m in trouble.’ And that started the K-9 Cart Company back in 1961,” said Parkes.

From scrounging on the streets to a booming business, Parkes created the first wheelchair for an array of animals including dogs, cats, birds, hamsters and more. Today, he has spent nearly 60 years designing and making wheelchairs for animals.

If you name an animal, Parkes said he has probably made a wheelchair for it.

“Dogs, cats, snakes, anything. People fall in love with them. There’s no replacement. They fill a chunk of life that no other being can,” said Parkes. “[It became obvious] that there was a big need for supporting disabled animals.”

For the first 20 years of his business, K-9 Cart Company, Parkes was the only person making custom wheelchairs for disabled animals. Now, he claims, dog wheelchairs are a common commodity with multiple businesses specializing in them.

Yet, Parkes continues to carry on with his custom crafts. Since retiring from veterinary medicine, Parkes solely works on K-9 carts even as he continues into his 90s.

One of his most dedicated customers, Amy Deisher, said he has changed her and her dogs’ lives.

Two of her corgis, Austin and Lear, have suffered from degenerative myelopathy, a disease that progresses up their spinal cord. The disease initially causes their hind legs to not work, but unfortunately it eventually becomes fatal as it travels up to the brain.

Deisher is able to allow her beloved corgis to live out their lives in the best, painless way possible thanks to Parkes’ invention.

“The moment [Lear] got in [the cart], off he went running. And he never stopped. The carts make such a big difference in their lives,” said Deisher. “It’s worth every single moment to be able to see them do what they used to do.”

Deisher clearly has the upmost respect for Parkes. She commutes three hours to have her dogs’ chairs checked up by him.

For Parkes, it’s all pretty simple. He sums it all up in one brief statement: “Saving lives is a good feeling.”