Why are so few minorities visiting our parks?

Only 5 percent of visitors are Black. “You literally have the white, male conquistador mentality.” 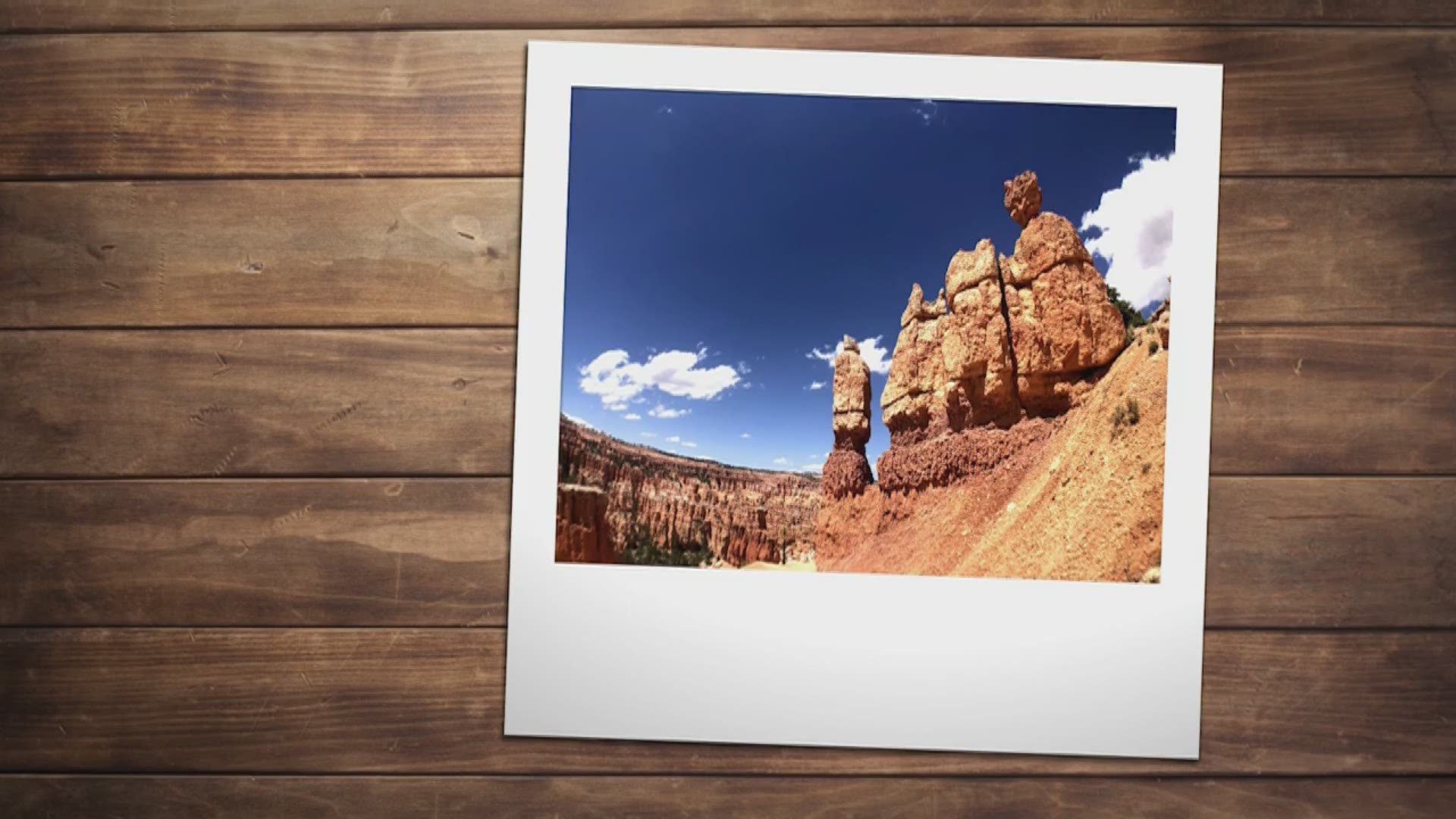 CEDAR HILL, Texas — During the pandemic, visiting our parks is how lots of people are doing summer vacation. In fact, my family drove out to Utah to see some fantastic parks out there.

I couldn't even believe that places that beautiful exist — open spaces that take your breath away. But something was also missing. I could count on one or two hands the number of African-American families I saw.

I dug a little and found that research backs up that observation. Surveys of National Parks show less than 2 percent of visitors are Black. Less than 5 percent are Hispanic and 5 percent are Asian.

So, I want to know: Why do so few people of color visit our parks?

The room where it happens

My first stop is a hidden gem. The sprawling Fort Worth Nature Center. I'm meeting with Jared Williams, a community organizer.

“Grateful that we have spaces where we can get away from the hustle and bustle of the city,” he says as we walk through the park.

Williams is an advocate for lowering barriers that keep minorities out of parks. He recently announced he's running for city council.

But before Williams or I arrived at the park, it was impossible to miss the name of the highway exit to get there. It’s called Confederate Park Road, as it runs through neighboring community of Lakeside.

“What did you think when you saw that?” I asked.

“What I felt was a bit of uneasiness and anxiety that's rooted in both my experiences and my family’s experiences,” Williams said.

Williams told me, historically, most people who've worked in parks and sat on boards are white. They are the ones that make the decisions.

Written out of the story

OK, let’s go to another park.

Cedar Hill State Park, south of Dallas, is surrounded by communities with large African-American communities. For example, the Black population in the City of Cedar Hill is 54 percent. But research found Black people only make up 11 percent of visitors to the park.

KangJae "Jerry" Lee is a professor of parks, recreation and tourism at North Carolina State.

“Parks were created as a white space. And it's for white people. White middle class and upper class to be specific,” he said.

That sentiment — parks as white spaces — was on display in Central Park last Spring when a white woman called police after a Black bird watcher asked her to put her dog on a leash.

In his 2016 paper, Lee interviewed Black people who live near Cedar Hill about why they don't use the park.

Many told him Black families culturally have not spent time in big state or national parks, and so a love of the outdoors is not something that's getting passed down generation to generation. Here are some excerpts:

“Not something we did growing up…"

"...how do you expect me [to] appreciate these things if my parents didn’t appreciate it…"

“It has to do with larges structural systems that persist in society that constantly devastate people of color,” Lee says.

On top of that, Lee says parks also have a long history of segregation and that the parks themselves tend to only celebrate white history.

That's true at Cedar Hill. Before it was a park, it was a farm owned by the Penn Family.

“When I reviewed historical documents, turns out a lot of the Penn family owned slaves. Lot of them were slave holders. And they were able to acquire significant wealth from slave labor. But that history was not presented in the park,” Lee added.

Once you understand what Lee is talking about it’s easy to see.

When you walk around the park and you see the signs in front of the buildings, they don't mention the fact that enslaved people lived and worked here too.  And that seems to be missing from the story.

Texas Parks and Wildlife says it "has made significant strides in evolving its business practices to become more inclusive in many facets including diversity and accessibility."

That includes using results from the Nature of Americans study to focus their efforts and a commissioned study in 2007 to better understand "outdoor recreation participation by gender, ethnicity and other demographics."

Writing in the role models

When it comes to minorities getting outside, a 2016 expedition made history. It was the first all-Black group to climb Mount Denali in Alaska. James Mills is a journalist and activist who developed the concept, then made a movie and wrote a book about it.

Recently, he also wrote an article in National Geographic about what the National Park Service is doing to combat racism.

James says many pioneering minorities have been written out of the story of the outdoors and it's time to write them back in.

“You literally have the white, male conquistador mentality of who spends time in the outdoors and that gets codified into our popular culture,” he said.

James says we should all know about people like Dr. Charles Crenchaw, an engineer who worked on the Apollo space program. In 1964, he became the first African-American to summit Denali.

And Charles Young. Born into slavery, he became the third African-American graduate of West Point, was the first Black national park superintendent and led the Buffalo Soldiers in helping to establish Yosemite Park.

“I'd been to Yosemite dozens, if not hundreds, of times and here I am in my mid-40s hearing this story for the first time. And it kind of occurred to me that if I hadn't heard the story, based on my background that means that millions of people hadn't heard this story either,” James said.

Today, Yosemite does tell that story. And a new generation of outdoor enthusiasts on social media are sharing their outdoor stories too, inspiring young people to get outside. Some of these groups include:

But with so many urgent problems to solve — like police brutality against unarmed Black men — is it really that important that we work to make parks more inclusive places?

“It's not an either-or paradigm. It's an ‘if and,'" James said. "If we're going to make sure that everyone has the freedom to do and go and experience the things that are most important to them we have to make it safe for them and we have to make sure there are plenty of resources to do it in a way that is meaningful to them."

So, I've learned at least a few reasons why minorities are under-represented at big parks.

When parks only promote the stories of whites, we erase the contributions of minorities.

When we exclude minorities from the process of making decisions about parks, their voices are not heard.

And if you do visit a park and don't see other people that look like you, the message is: This space isn't for you.

Got something you want verified? Send me an email at david@verifytv.com.