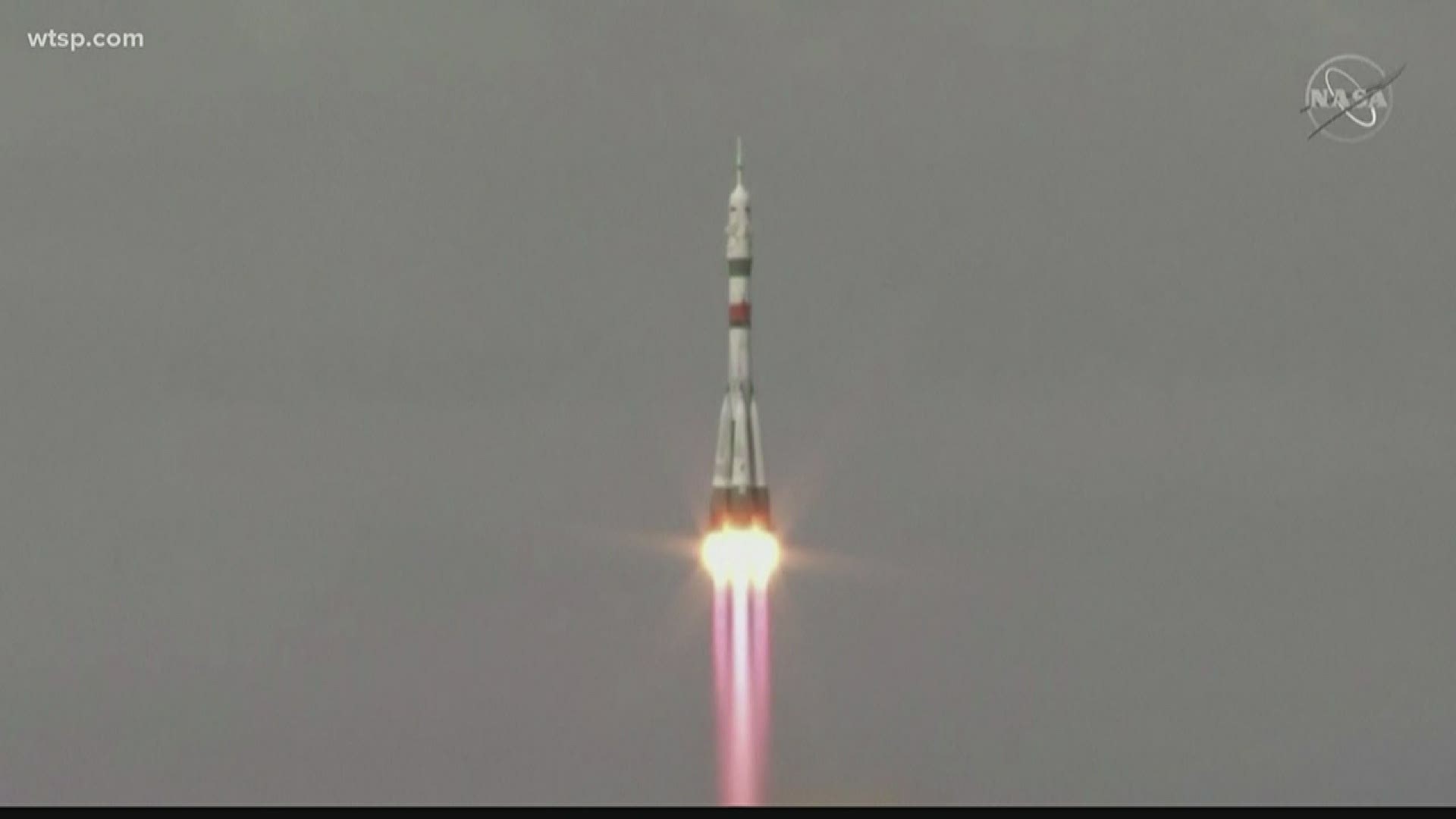 BAIKONUR, Kazakhstan — Three astronauts got to do what many in the world would love to do right now: leave Earth.

The launch and docking on the ISS came as much of the world is isolated, locked down and practicing social distancing to stop the spread of coronavirus. Travel restrictions implemented during the pandemic prevented some families, friends and media from watching the launch.

Don't worry, the astronauts are safe. NASA and other space agencies have long been practicing some of the same quarantine requirements recently implemented in the rest of the world. NASA and Roscosmos kept their standard two-week quarantine for the three astronauts while also following CDC recommendations about COVID-19.

The three will be part of the Expedition 62 crew for eight days, according to NASA. Then, Cassidy will become the commander for Expedition 63 when Andrew Morgan, Jessica Meir and Oleg Skripochka leave the station.

Flight engineers Morgan and Meir and Commander Skripochka of Roscosmos are set to return to Earth on April 17. Their Soyuz will land in Kazakhstan.

Cassidy, Ivanishin and Vagner will work aboard the ISS until October, conducting about 160 experiments and investigations that will hopefully become breakthroughs for future human travel to the Moon and Mars.

This is the third spaceflight for Cassidy and Ivanishin, but the first for Vagner.

Another first NASA is hoping will happen: Welcoming commercial crew astronauts Bob Behnken and Doug Hurley. With a launch set for next month, the NASA SpaceX Demo-2 flight test will be the first launch of astronauts from U.S. soil since the end of the Space Shuttle era in 2011.

RELATED: SpaceX teams up with tourism agency to take people to space aboard Crew Dragon

RELATED: NASA: SpaceX Crew Dragon arrives in Florida for first crewed launch from US soil since 2011