The projects will be launched on NASA's 21st commercial resupply mission on Dec. 5. 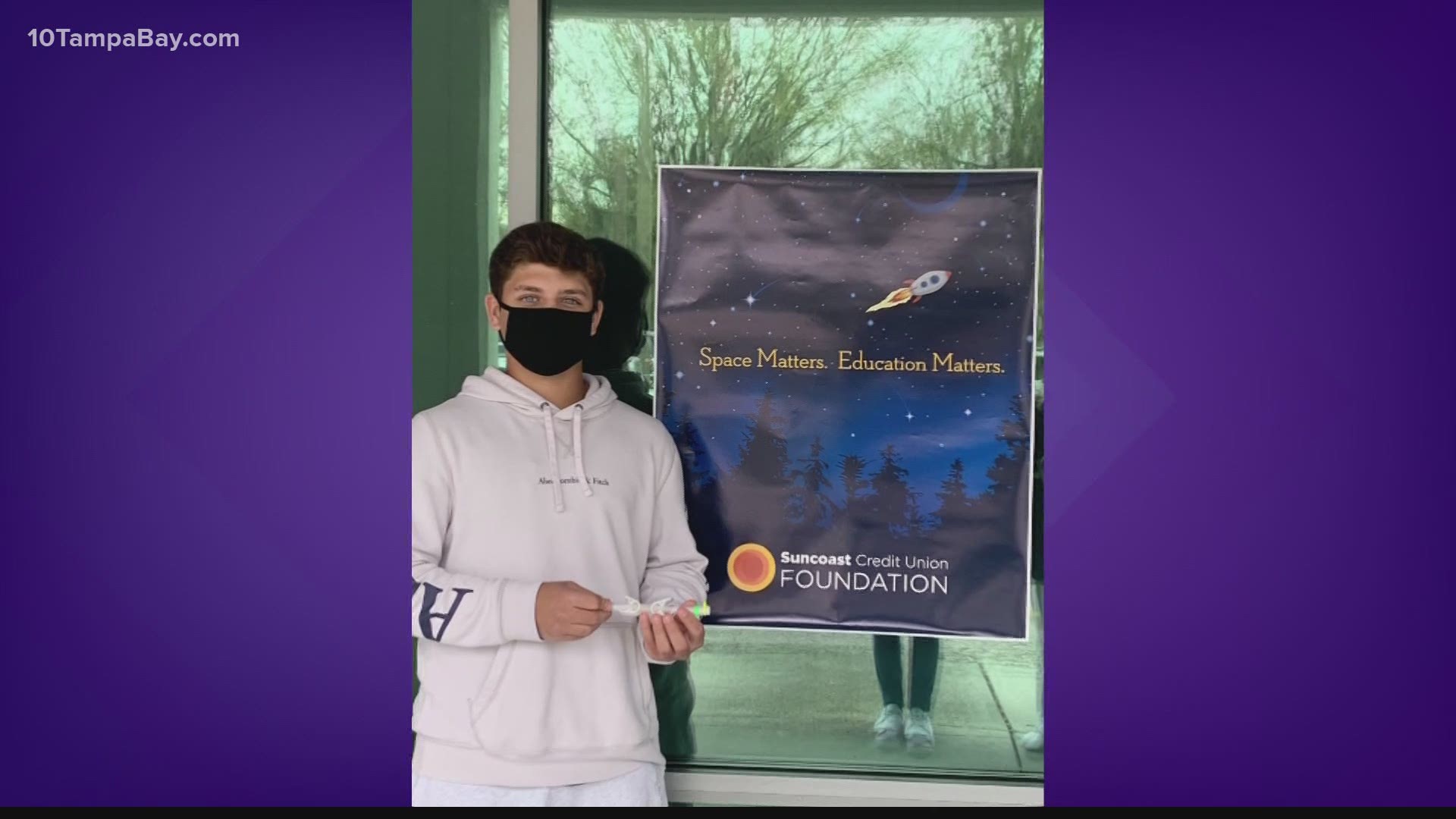 Out of thousands of submissions, Lucas McMillin and Grace Kalnins of Hillsborough County and the all-female team of K-Tech students in Pasco County were selected for the honor.

McMillin was in 8th grade when, alongside his partner, he developed a project that hopes to determine the frequency rate of Giant Noble spinach in space.

"The advantages of growing spinach in space will allow for astronauts to maintain longer duration missions and to sustain a healthier presence in space," Hillsborough County Schools wrote.

But their creation is not going up alone. It will be joined by a project assembled by an all-female team of K-tech students from Sarah Kumar’s biomedical science class in Pasco County.

Their project will explore the effects of microgravity on amoxicillin’s ability to kill the bacteria that causes staph infections. It's something the school district calls "a critical concern" for astronauts living on the ISS.

"The team will have their own compartment inside Dragon’s payload box for their 'mini-lab', which the astronauts currently orbiting the Earth will then test aboard the ISS," Pasco County Schools wrote.

The investigations, supplies and equipment will be loaded into the Dragon spacecraft and launched atop Space X's Falcon 9 rocket.

Other items expected to be on board include hearts, airlocks and asteroids.