Residents band together to stop removal of 104 trees, Williamson County says it's too late

Since 2015, Williamson County has been trying to improve the safety of Hairy Man Road/Brushy Creek Road. Soon, they will post a bid to remove 104 trees on the road. 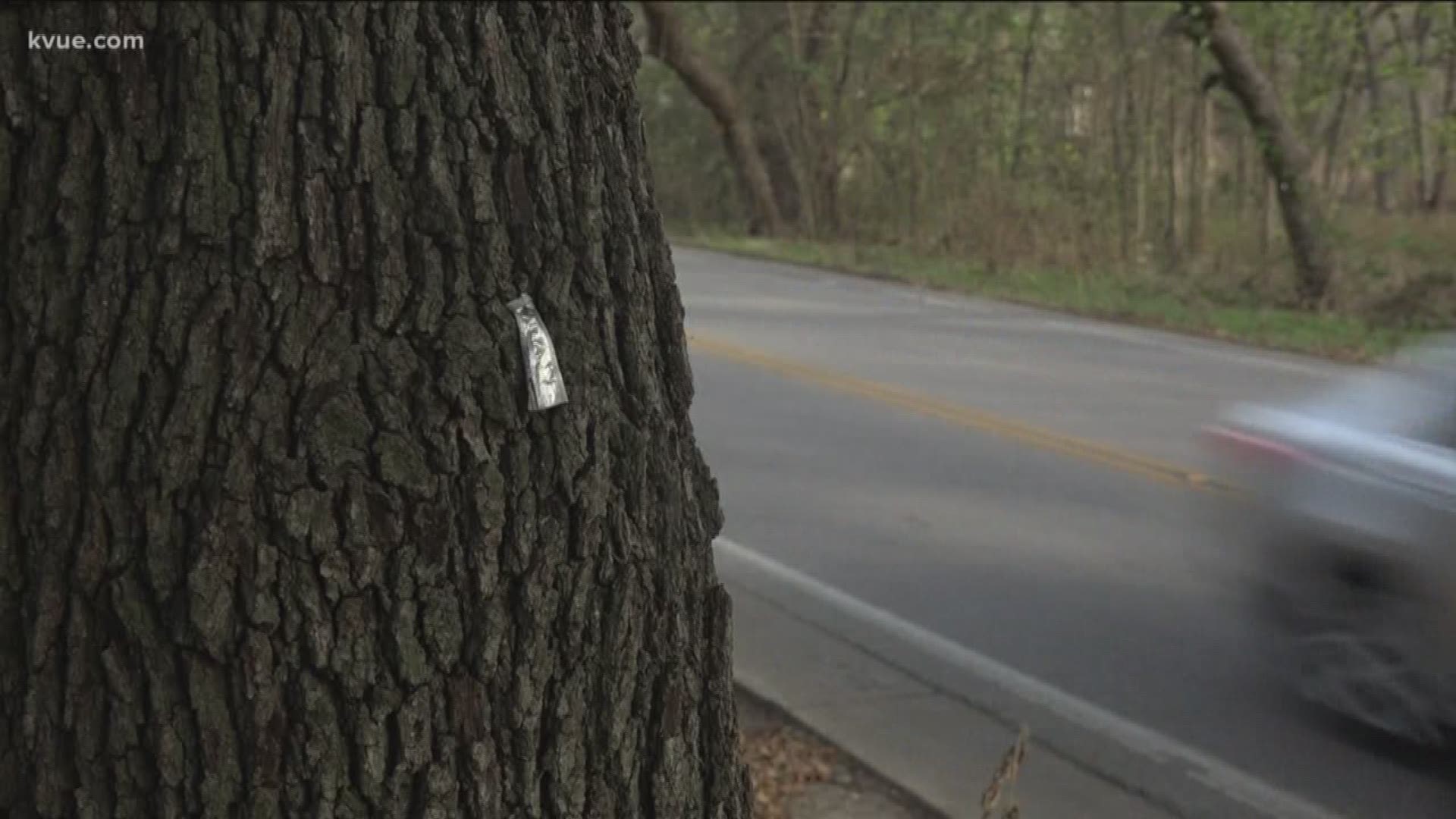 WILLIAMSON COUNTY, Texas — Between 2012 and 2014, Hairy Man Road – which turns into Brushy Creek Road – had 47 accidents on the road, according to data collected by Williamson County.

The county used that data and continued to collect more through 2019 to justify expanding the roadway to two feet on each side to create a shoulder with a rumble strip.

"You can add a rumble strip so if your car veered out of the lane, it hit that rumble and – oh! – you wake up. You’re conscious again and you pull back into your lane," County Commissioner Terry Cook said.

The public safety changes to this road are taking place within Cook's precinct. She added at the heart of this issue, it's up to drivers to be better.

“The county would not have to spend one penny on this road – except routine maintenance – if drivers were responsible," Cook said. "This is not big government coming in to take out our trees.”

However, a Facebook group argues this is not the answer.

"Save The Trees on Hairy Man Road" members said they were not given enough time to meet with county officials to discuss other solutions to the public safety issue. According to an abstract on the project from Cook, the county held two meetings on the project in 2015 and 2016 to address public concerns.

“Is there any way to minimize the amount of trees that are going to be cut," Orieta Ender asked. "Is there any way we can review the plan again and see where we can fix the road safety?"

Tips for driving on Texas roads in cold, icy conditions

Ender's neighborhood backs up to Brushy Creek and she said the plans took her by surprise despite living there for 11 years. She also created the Facebook group that, after three days, has more than 750 members. Another resident from a nearby neighborhood said there may be an easier and more cost-effective solution.

“We haven’t seen any sort of enforcement campaign done by the sheriff’s department on the road to help enforce some of that speeding issue – that’s where a lot of the safety concern comes from," Bradley Taylor said. “I can count one to two times in the five years I’ve lived here that I’ve physically seen a sheriff’s vehicle sitting between [Great Oaks Road] and [Sam Bass Road].”

That area between Great Oaks Road and Sam Bass Road is what concerns neighbors the most.

With multiple signs warning of construction and winding road, both Ender and Taylor said some drivers speed through the area. The county cited the fatal 2014 crash in the abstract as reason to create the rumble strips at least to warn drivers if they drift off the roadway.

Cook noted the driver also had intoxicants in his system at the time of the crash.

“I cannot make drivers safer," Cook said. "That is up to each of us as an individual to pay attention, follow the speed limit – the speed limit is set at 35. Number one, this is scenic. Number two, this is not a boulevard. It is a county, small road for you to enjoy. And what will you gain, five seconds by going 55 instead of 35?"

Cook also emphasized due to meetings with people and public outcry, the number of trees proposed to be removed dropped by 60% from 250 to 104. Still, Ender wants to see that number continue to fall.

“We understand this project has been in the works for years and because of public outrage has been postponed, so here we are again we want to prevent the cutting of the tree," Ender said.

Come February 2020, the county plans to issue the request for bid to see which contractors can do the job and take out the 104 trees. Cook said it's too late for public comment.

A Change.org petition to save the trees had over 1,500 signatures as of Monday evening.

It's official: The Texas Longhorns are playing in the Valero Alamo Bowl