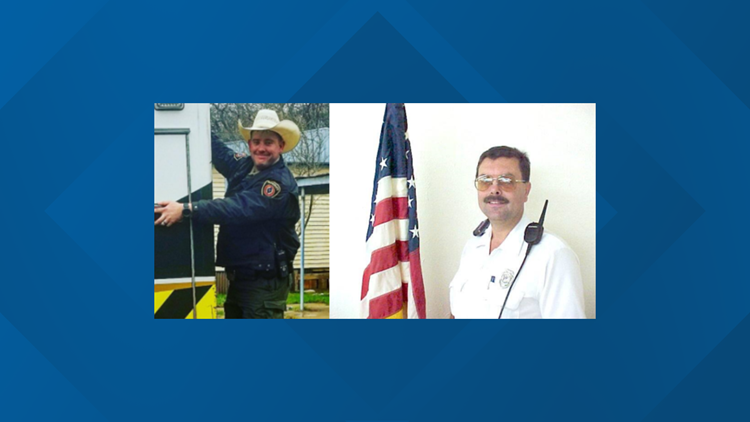 Deputy dies, police chief in critical condition after they were hit on Hwy. 6

RIESEL, Texas — Update: On Wednesday, the Waco Police Department sent an update on the police chief's condition, saying he had not been able to have anticipated surgeries because of complications. According to the Riesel Police Department, the chief was in critical condition Thursday with a fever and some infections. RPD said the chief could possibly have surgery to stabilize his ribs Thursday afternoon, but surgeons said they could not operate because of his breathing issues. The department said Saturday his breathing had improved and he was brought out of sedation.

They were helping a driver when they were hit by a vehicle that was believed to be hydroplaning because of the rain.

Jones was pronounced dead at the scene.

"This is a tragic situation for everyone," Sgt. Ryan Howard said. "[We] lost a brother in the line of duty and it's one of those situations that could have been avoided."

Krumnow's family said they are "heartbroken by today’s incident and their thoughts are also with the family of Deputy Matt Jones, his family, and the Falls County Sheriffs Office."

The driver who hit the officers was also injured and taken to a  hospital.

Chief Ernest McGraw hired Krumnow as a paid Reserve Officer in July 1992. Krumnow has since worked his way up and is chief of police.

Several police departments took to social media to express their condolences and prayers for the officers.