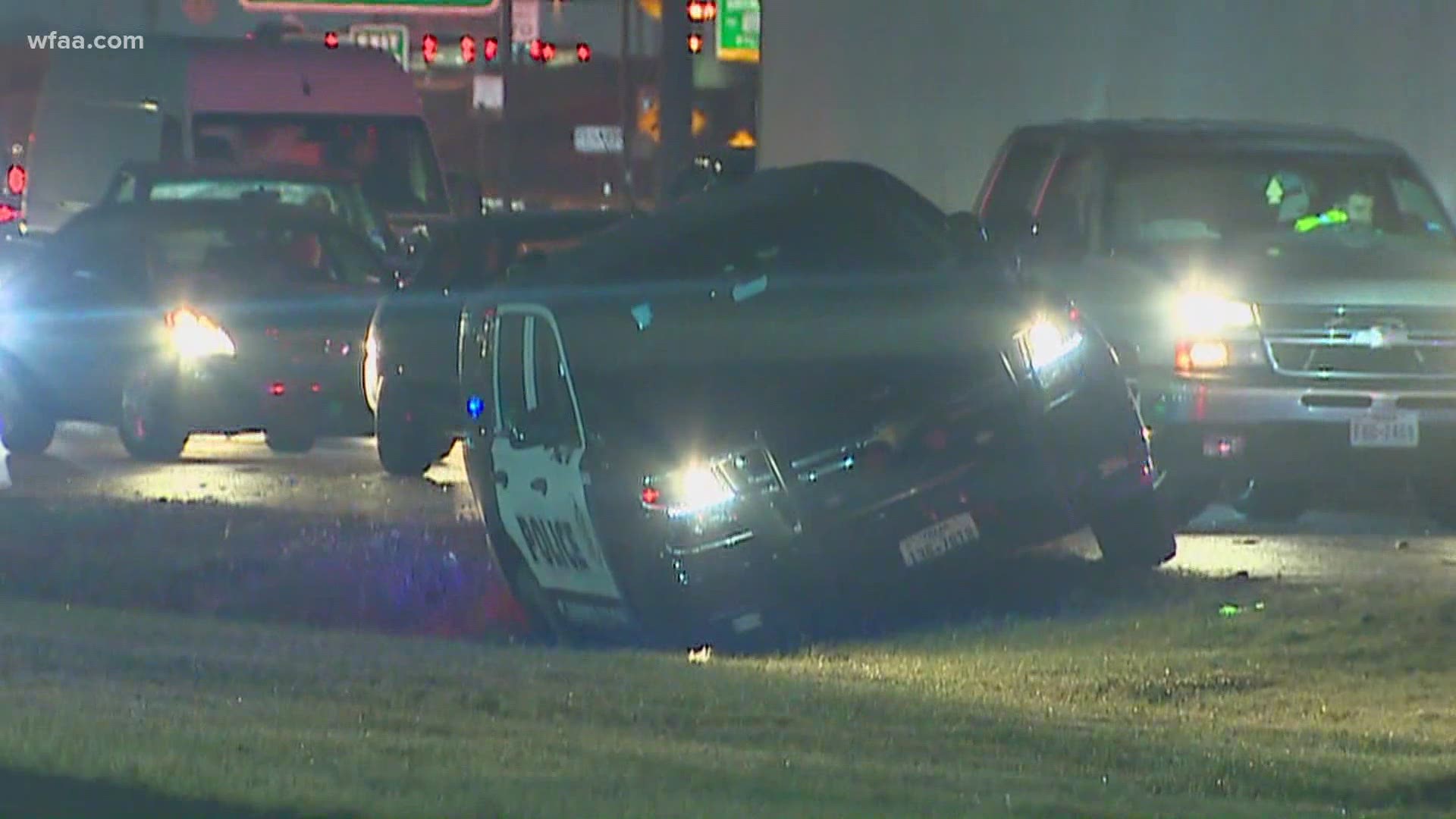 This story will continue to be updated as new traffic details are released.

Fort Worth Fire crews responded to 15 crashes from 5 a.m. to 8 a.m.. Officials however said that number is a "normal amount of crashes."

One major accident near Carrollton caused traffic delays for hours as seven-vehicles and an 18-wheeler was involved.

The crash occurred around 5:30 a.m. on I-35E northbound at Valwood Parkway. Vehicles have been advised to exit at Crosby while crews clean up oil spills from the scene.

Drivers can also take Josey Lane, Broadway Street, or Hutton Road to get around the accident.

A police spokesperson said no injuries have been reported in connection with the crash.

Josey Lane to the East of Interstate 35 is at least one option to get around the closure and backups on I-35E NB @ Valwood in #Carrollton. Not the best drawing, but wanted to give you a visual. @News8Daybreak @wfaa #Iamup #DFWTraffic pic.twitter.com/rvCeyP8wkJ

TRAFFIC ALERT | IH-35E Northbound, all traffic must exit at Crosby due to multi-vehicle accident. This one will be there for a while. Southbound traffic now gets through following closure last night. #DFWTraffic pic.twitter.com/RdOyrURUcT

Another crash caused traffic delays in Dallas and involved a jackknifed 18-wheeler, according to officials.

Traffic was backed up at U.S. 75 southbound at Elm Street. Crews were only allowing drivers in the right lane to get by for several hours.

🚦🚗🚦Please continue to check THIS thread for the latest road conditions across #DFW. There are several issues out there, so if you have to head out, check this thread first...and of course watch @News8Daybreak LIVE on @wfaa right now. #Iamup #DFWTraffic