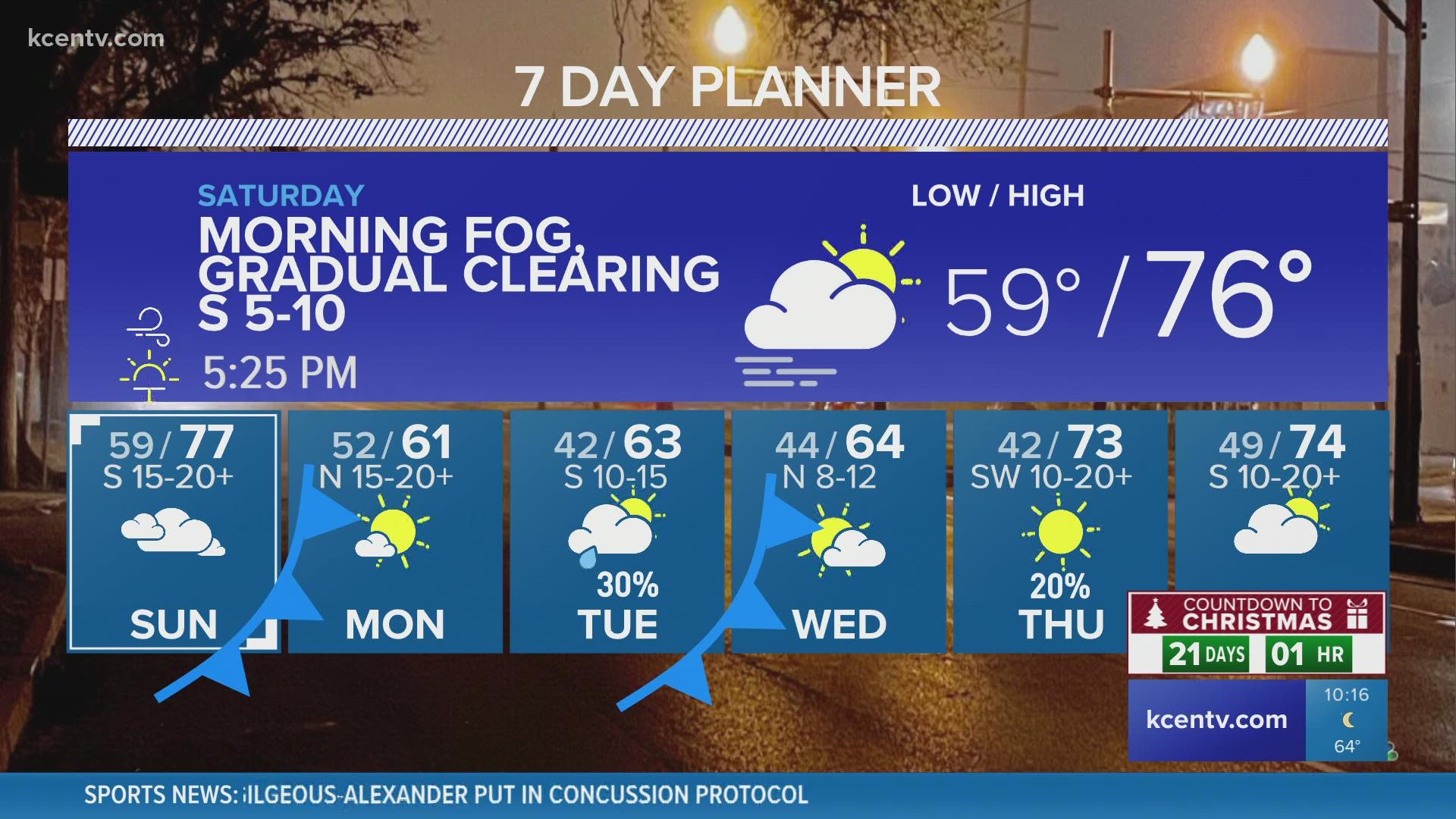 CENTRAL, Texas — HOURLY FORECAST: See what the weather will be like by the hour

Patchy, light weight fog will be possible again Sunday morning. A frontal boundary looks to slide in and stall out over Central Texas, thus warm, moist air encompasses the region through most of the day.

A series of cold fronts are expected as a very progressive weather pattern sets up into next week. Each should bring a chance of rain. Sunday will be overcast and breezy in response to the next upstream system. The second system will allow a cold front to slide southward Monday morning and  trigger showers east of the IH-35 corridor. Breezy, dry and much cooler weather will move in behind the cold front Monday.  A third cold front moves quickly across Central Texas Tuesday night bringing more clouds and yet another chance for showers. The remainder of next week should be rain-free and mild.

Monday: Partly cloudy, with morning highs near 68°. Scattered (40%) showers and thunderstorms. Southerly winds turning northerly 15 to 25 mph, with gusts up to 40 mph possible.

Thursday: Mostly sunny, with highs near 80°. Southeasterly winds 5 to 15 mph.

Friday: Mostly sunny, with highs near 82°. Southwesterly winds 5 to 15 mph.

Saturday: Partly sunny, with highs near 72°. Southerly winds turning northerly 15 to 25 mph, with gusts up to 40 mph possible. 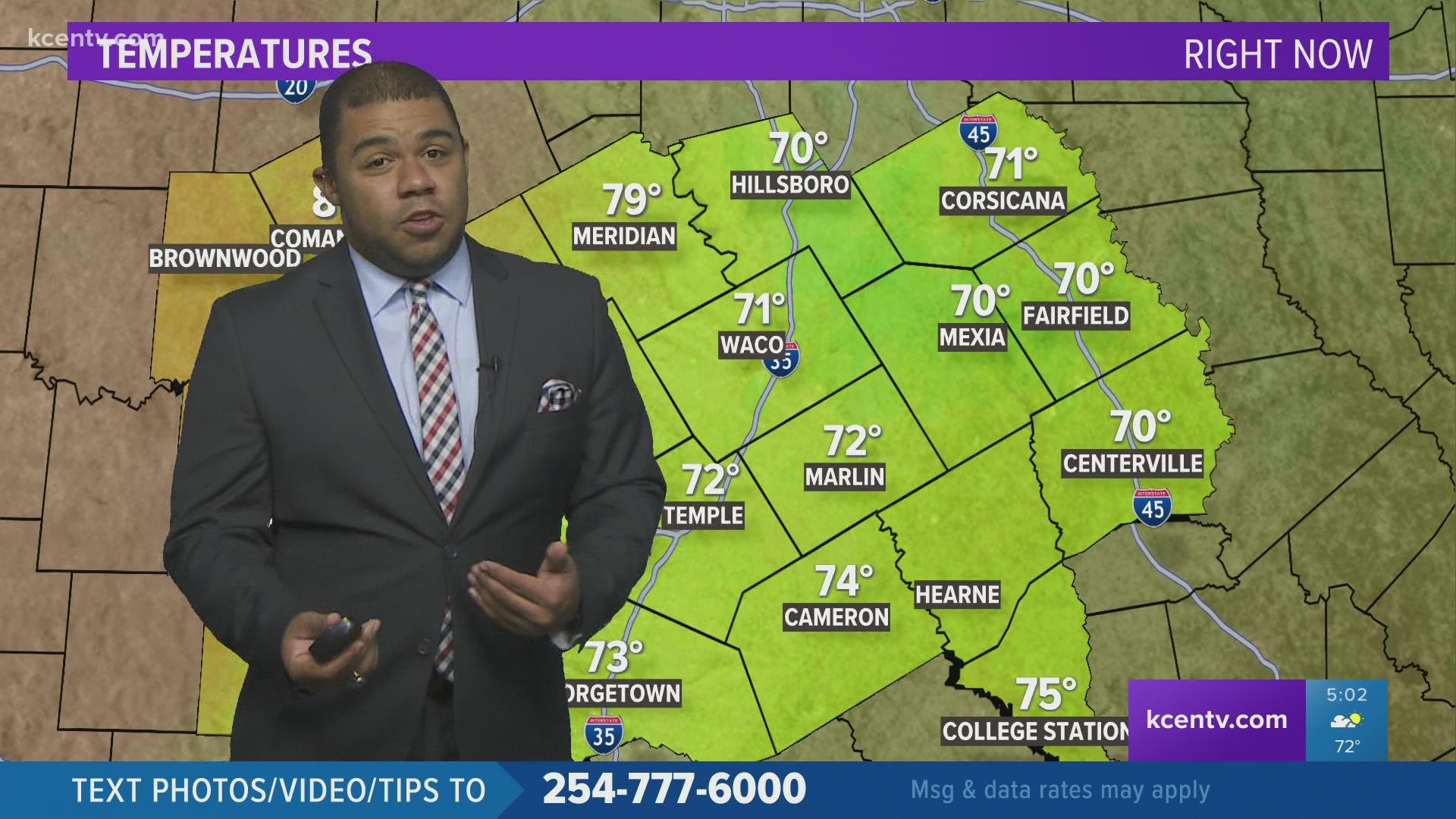