TIM Talk: The difference between a hurricane and typhoon

When is a storm called a hurricane and when is it called a typhoon? 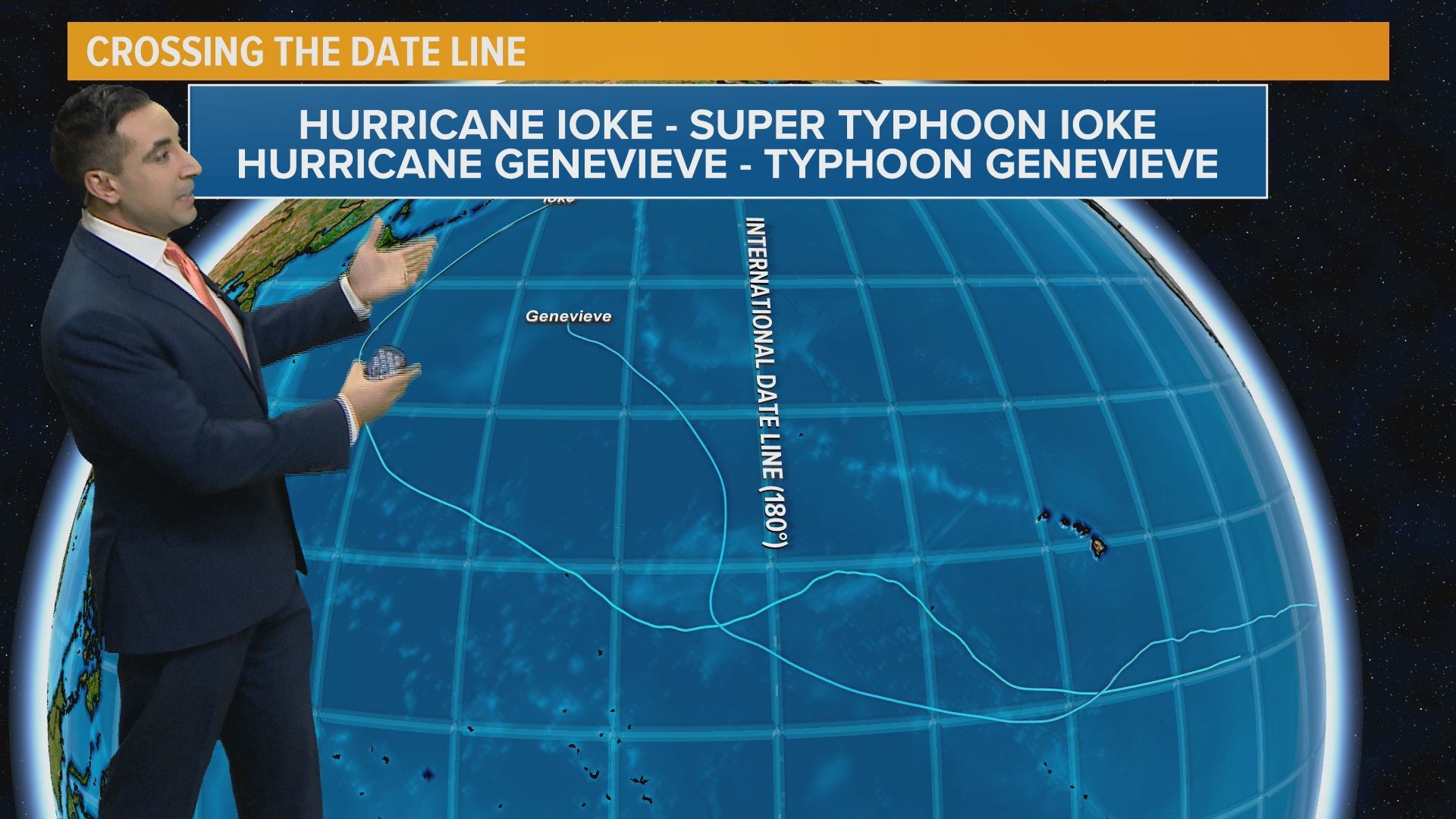 NORFOLK, Va. — Off the bat let's be clear: a hurricane and a typhoon are the same type of storm. Both have sustained winds of at least 74mph.

The difference is where they develop.

The naming of such storms depends on the ocean basin in which said storm obtains winds of hurricane/typhoon strength.

RELATED: TIM Talk: Lightning and the distance of a storm

So, in which parts of the world do we call these hurricanes? If the storm develops in the Atlantic Ocean, Eastern or Central Pacific Ocean, it is called a hurricane.

If the storm develops in the Western Pacific -- that's west of the International Date Line or 180° longitude -- then it is named a typhoon.

If the storm grows so strong that it obtains winds in excess of 111 mph-129 mph then it becomes a Category 3 major hurricane or in the Western Pacific, if winds become 150 mph or stronger, a super typhoon.

RELATED: TIM Talk: Measuring winds in a storm out in the middle of the ocean

But what happens if a storm develops in one basin, survives long enough that it enters a totally different basin? It has happened before and will happen again.