A severe thunderstorm watch is in effect until 4 a.m. for parts of the KVUE viewing area. 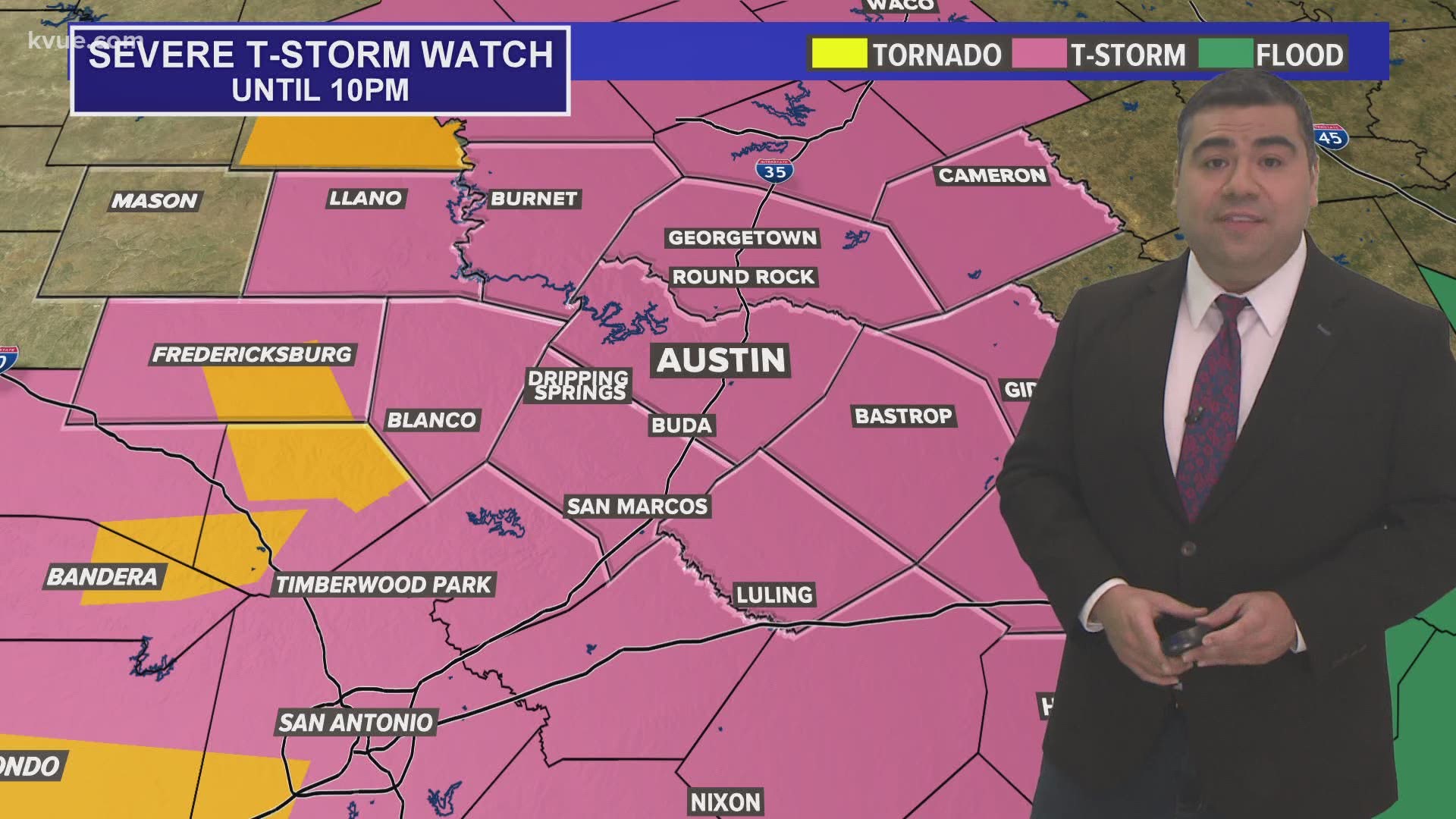 12:45 a.m. – Austin Energy is reporting large outages in the northeast corridor, with more than 4,800 customers without power.

12:40 a.m. – The severe weather threat for those west of Interstate 35 has lowered as the storm moves east.

12 a.m. – Three low water crossings are closed in southwest and South Austin, with four to use caution around. For more information visit atxfloods.com.

11:30 p.m. – A severe thunderstorm warning for parts of Central Texas has expired. The warning was issued until 11:30 p.m. for parts of Williamson, Hays, Travis, Blanco, Llano, Burnet and Comal counties.

9:50 p.m. – A flash flood warning has been issued for southwest Travis County, including portions of Austin, until 12:45 a.m. The storm has produced more than 1.25 inches of rain in 15 minutes and is sitting over the area, producing additional rainfall.

The Storm Prediction Center (SPC) has placed most of the area under an "enhanced risk" (3 out of 5) for severe storms. The main concern will come from severe storms producing damaging winds and large hail. An isolated tornado cannot be ruled out.

11 p.m. – Numerous showers and storms for the Austin metro and Hill County.

Midnight – Storms likely for Austin and for areas east of Interstate Highway 35.

1 a.m. – Lingering showers and storms across the area, but the severe threat should be east of Austin.

4 a.m. – Showers possible, but the severe weather threat will be over.

Scattered rain is possible on Saturday, with highs in the low 80s. It will be in the mid-80s and mainly dry for Sunday. Expect much warmer and drier weather for the next workweek.

'Everything that I thought might happen is happening now': Austin nurse describes current fight against COVID-19