Daily thunderstorm chances begin Tuesday, with storms that could produce hail and gusty winds in the coming days. 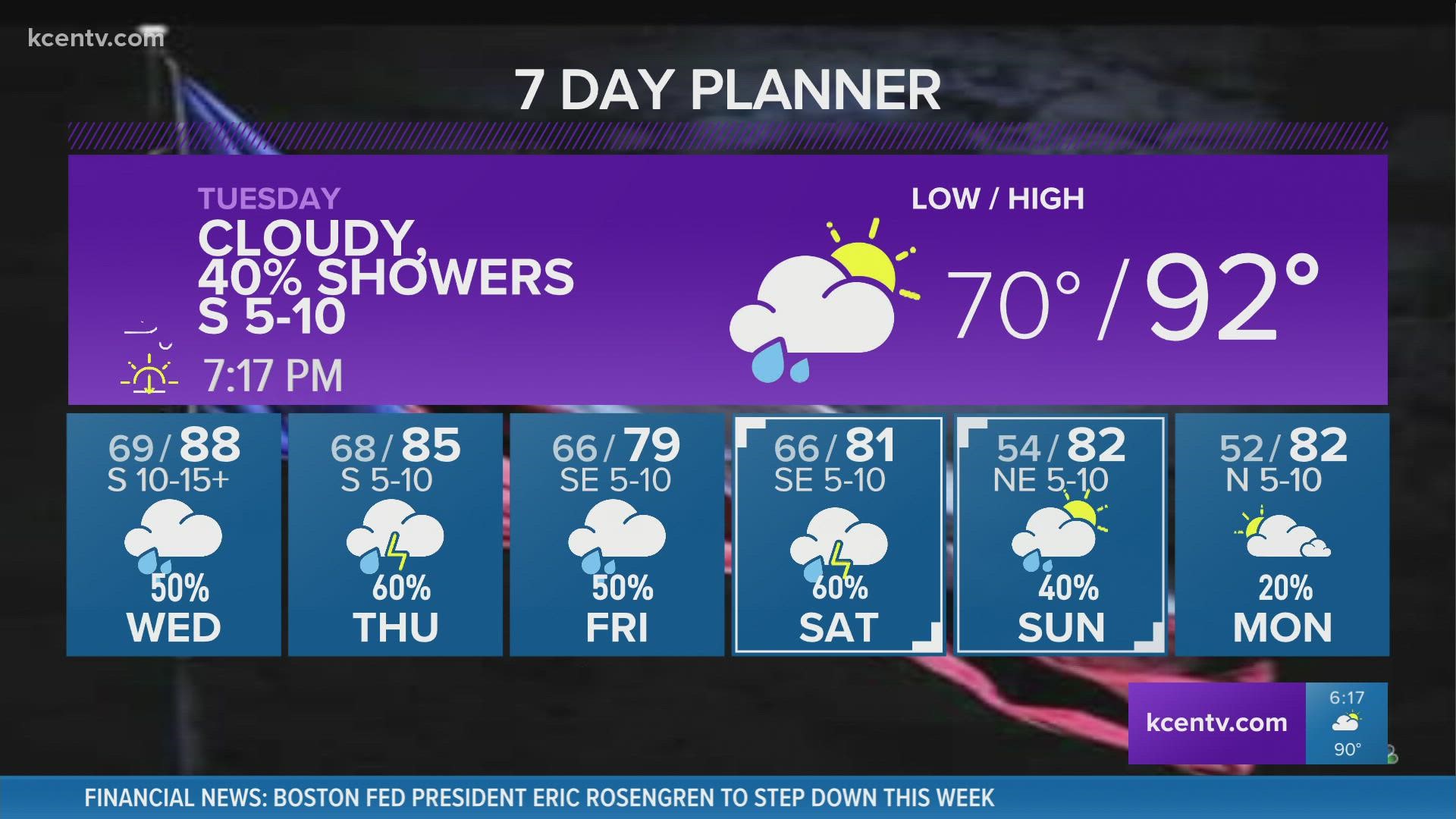 TEXAS, USA — Monday night into Tuesday morning will feature very mild conditions as additional low level moisture streams northward. There's an outside shot at some sprinkles across Central Texas and the Brazos Valley.

Overnight lows will likely only fall into the 60s in the Temple/Killeen/Waco area. Daily thunderstorm chances will begin on Tuesday and continue into next weekend.

A few storms could produce hail and gusty winds along with heavy rainfall during this time period. There may be a break in the rain sometime late weekend or early next week. Unsettled weather will keep a chance of showers going near and beyond the end of the extended forecast period. 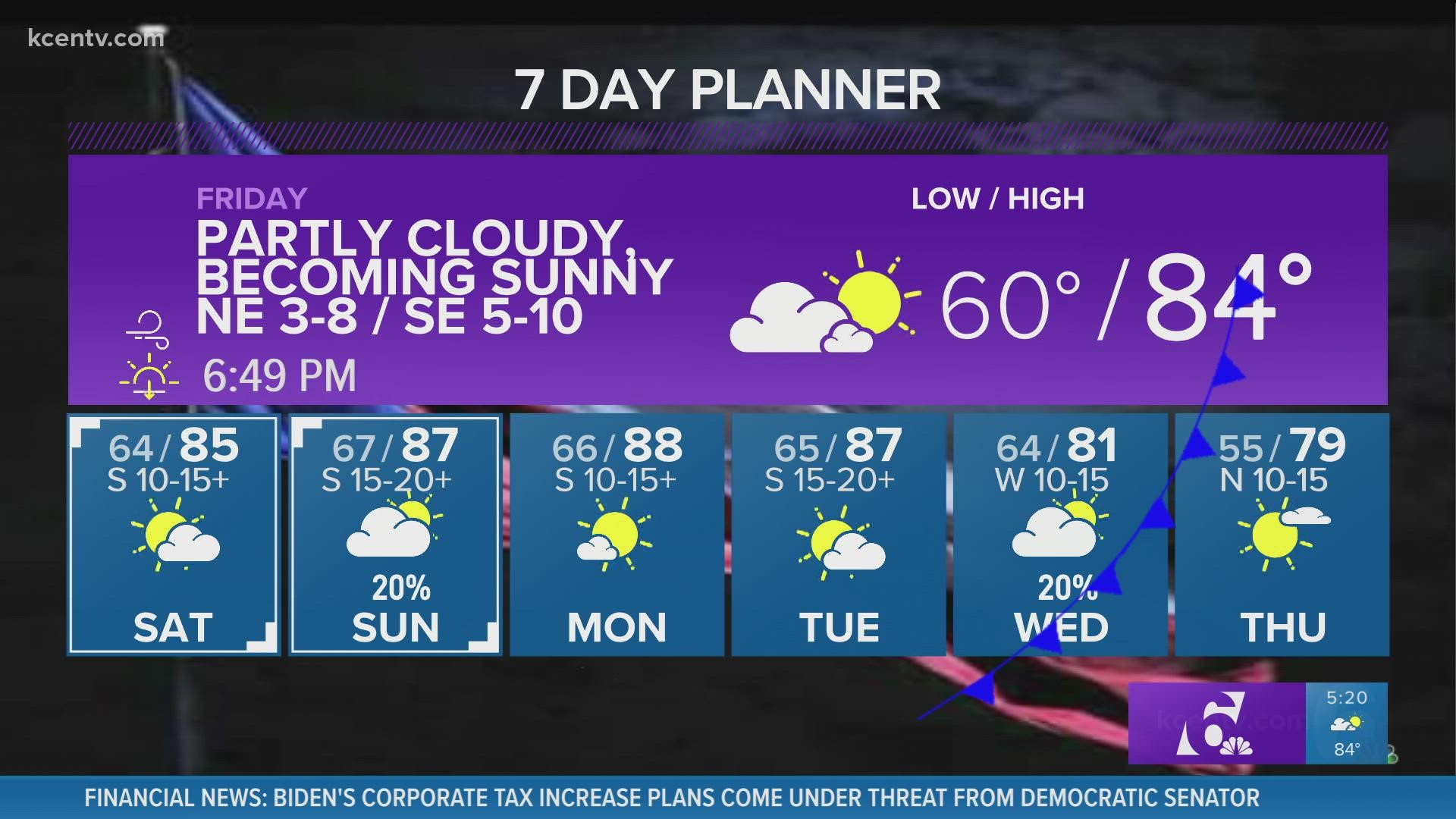