Jeffrey David Miller will likely be sentenced next month. 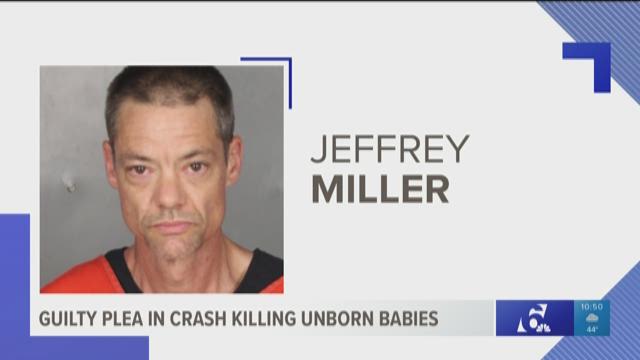 A Waco man has pleaded guilty to charges stemming from a June 2016 crash that killed two unborn babies.

Police said Miller was driving south on 38th Street in Waco when he crashed into a utility pole, injuring two pregnant women who were passengers in his vehicle. Investigators have previously said Miller may have been under the influence of drugs and also distracted by his cell phone at the time of the crash.

Both the women survived, but they lost their babies.

A courthouse source said sentencing was scheduled for 1:30 p.m. on March 29.