Defense Attorneys in Dallas said some of their clients had their guns, motorcycles, vehicles and other property returned to them once their case was refused, Harris said for some reason he's still left without answers. 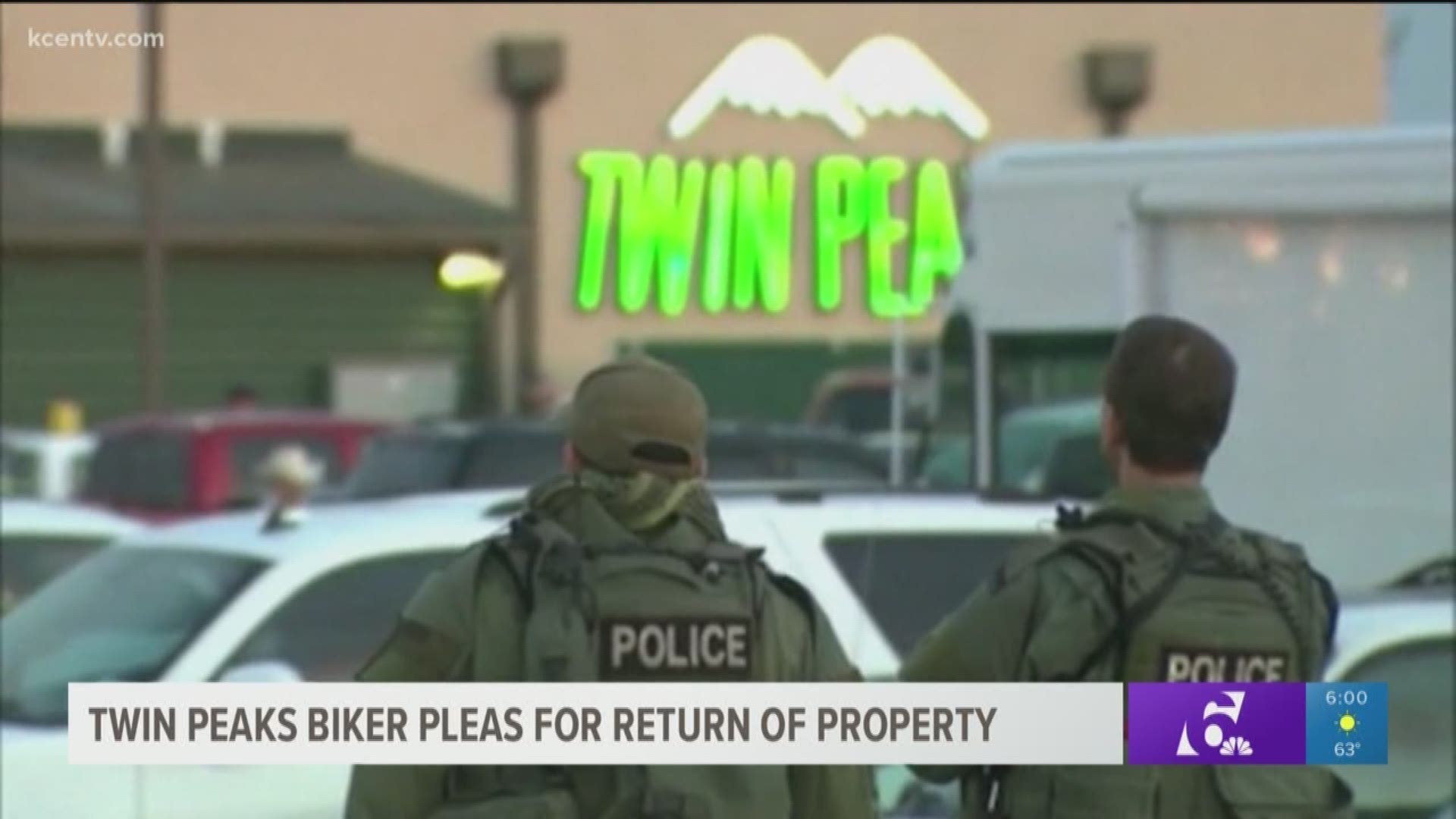 waco — One of the Twin Peaks bikers arrested said even though it's been three years since the deadly shooting, police still have not given him back his personal belongings that were seized.

Patrick Harris case was thrown out by District Attorney Abel Reyna, but he said he's having a hard time putting this all behind him without having what he said is legally his.

Defense Attorneys in Dallas said some of their clients had their guns, motorcycles, vehicles and other property returned to them once their case was refused, Harris said for some reason he's still left without answers.

Harris is a Ph.D. student in Austin and a member of the grim guardian motorcycle group. On the day of the shooting he had a knife and his motorcycle vest taken away as evidence by police. When he learned his case was one of the many refused by the District Attorney's office he was relieved, but immediately started calling to see when his belongings would be returned. Harris said he was told by a Waco Police detective in order to get his thing it had to be approved by District Attorney Abel Reyna. He and his lawyers called the District Attorney's office but said they haven't received a response.

"That's just frustrating within itself that even when it's over it's not even over," Harris said. "Now I can't get my property back, so I can't physically put it behind me until I know everything is back in my possession that im the owner of."

In 2017, Harris filed a civil lawsuit against Waco Police, District Attorney Abel Reyna, and the Twin Peaks Corporation. That lawsuit is still pending.

According to Waco Police, in order to release property, they have to get approval from the District Attorney's Office.

Channel 6 reached out to The district Attorneys office, and was told the decision to release property is made by the arresting agency not their office.