Alabama jumped Cincinnati to No. 2 behind Georgia in The Associated Press college football poll on Sunday, but Oklahoma dropped eight spots to No. 12. 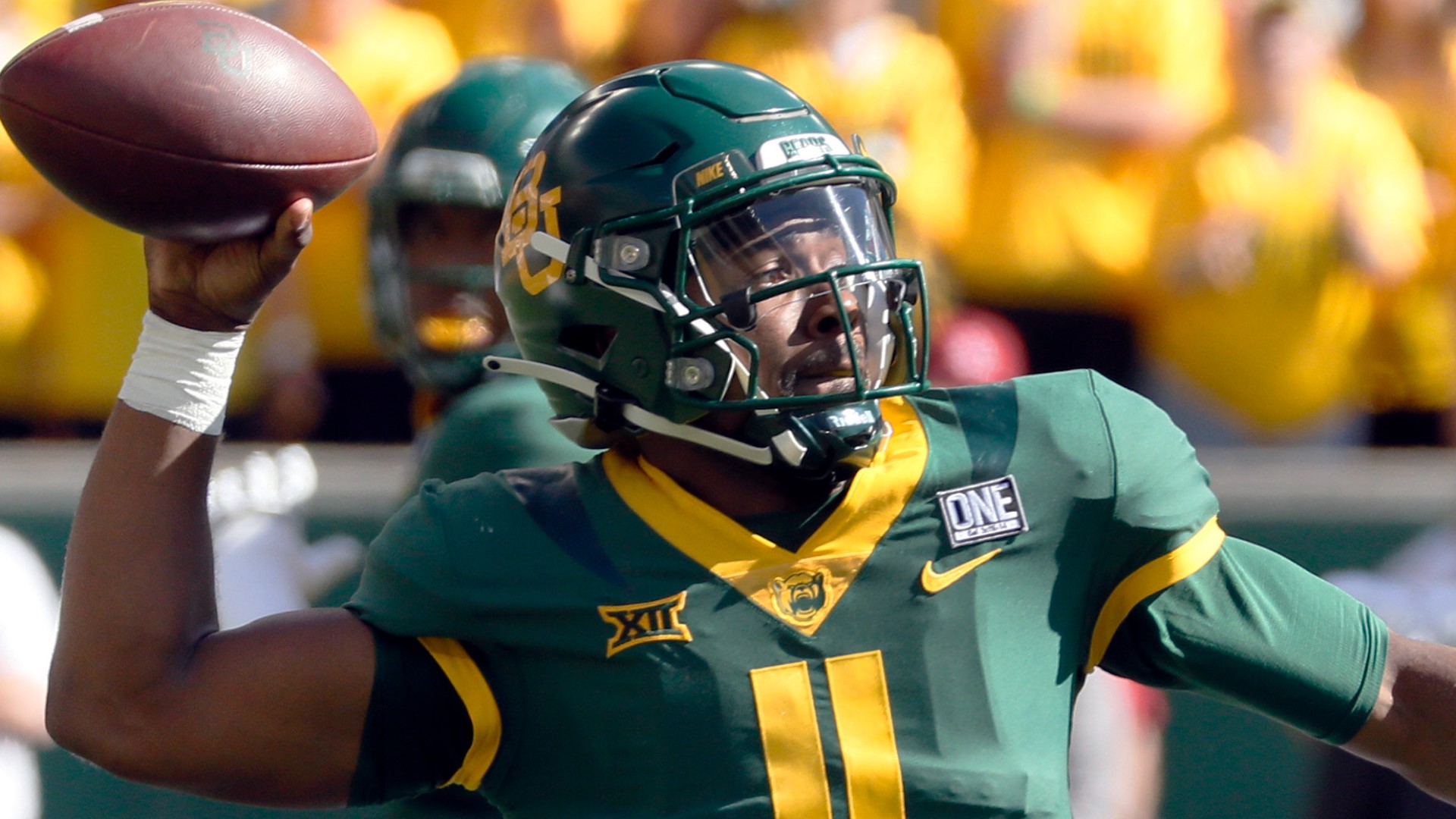 TUSCALOOSA, Ala. — Alabama jumped Cincinnati to No. 2 behind Georgia in The Associated Press college football poll on Sunday and Oklahoma dropped eight spots to No. 12 after losing for the first time this season.

Georgia is a unanimous No. 1 in the AP Top 25 presented by Regions Bank for the sixth consecutive week and the Southeastern Conference has the top two teams in the poll for the sixth time this season.

Alabama and Georgia were flip-flopped at Nos. 1 and 2 for five weeks in September and early October.

The switch from Cincinnati to Alabama at No. 2 was more about the Bearcats than the Crimson Tide, which closed the gap on UC to four points last week.

Alabama took care of business against overmatched New Mexico State on Saturday. No surprise there.

Cincinnati remained unbeaten after winning at South Florida 45-28 on Friday night. It was the fourth straight week the Bearcats played a team with a losing record and found themselves in a competitive game in the second half. That tipped a few more voters to drop Cincinnati.

“It was an evaluation of their overall resumes,” said voter Ryan Aber from The Oklahoman. “Alabama’s win over New Mexico State didn’t do much on the surface, but other factors — Ole Miss’ win over Texas A&M as well as Cincinnati’s less-than-dominant performances against lesser competition in recent weeks — led me to raise the Crimson Tide ahead of the Bearcats."

Matt Baker of the Tampa Bay Times made the switch to put Alabama ahead of Cincinnati last week and then further separated the Tide and Bearcats after this week's games.

Behind the Bearcats, No. 4 Oregon, No. 5 Ohio State, No. 6 Notre Dame, No. 7 Michigan State, No. 8 Michigan and No. 9 Oklahoma State all moved up one spot after Oklahoma tumbled.

The Sooners were No. 4 before being handed their first loss of the season at Baylor on Saturday.

Alabama has the longest current streak of top-five appearances in the AP Top 25 at 29. Georgia is second after running its streak to 12 this week.

Cincinnati is third at seven straight polls. Oklahoma had been next coming into this weekend at five straight, but with that snapped, the next best top-five streak is Oregon with two straight polls.

Alabama holds the all-time record for top-five appearances with 68 from 2015-19.

The three teams entering the rankings this week have all been there earlier in the season.

— No. 21 Arkansas is back after beating LSU. The Razorbacks had a five-week run in the Top 25, reaching as high as No. 8 before three straight losses knocked them out. Three straight wins later, they're back.

— No. 23 San Diego State returned after winning a crucial Mountain West game against Nevada. The Aztecs had a four-week stint in the rankings but have been out the last two.

— No. 24 Utah was preseason ranked, dropped out after Week 2 of the regular season and has been back and out a couple times. The Utes are back again after winning six of seven.

— Auburn dropped out after blowing a 28-3 lead against Mississippi State to fall to 6-4.

— Penn State is out for the first time this season after losing to Michigan at home, the Nittany Lions' fourth loss in the last five games.

— Coastal Carolina is out for the first time this season, snapping a streak of 22 weeks being ranked. The Chanticleers lost for the second time this season with injured quarterback Grayson McCall out of the lineup against Georgia State.