Trent Davidson has gone through 15 back surgeries. He excelled in school and was recently awarded two scholarships. 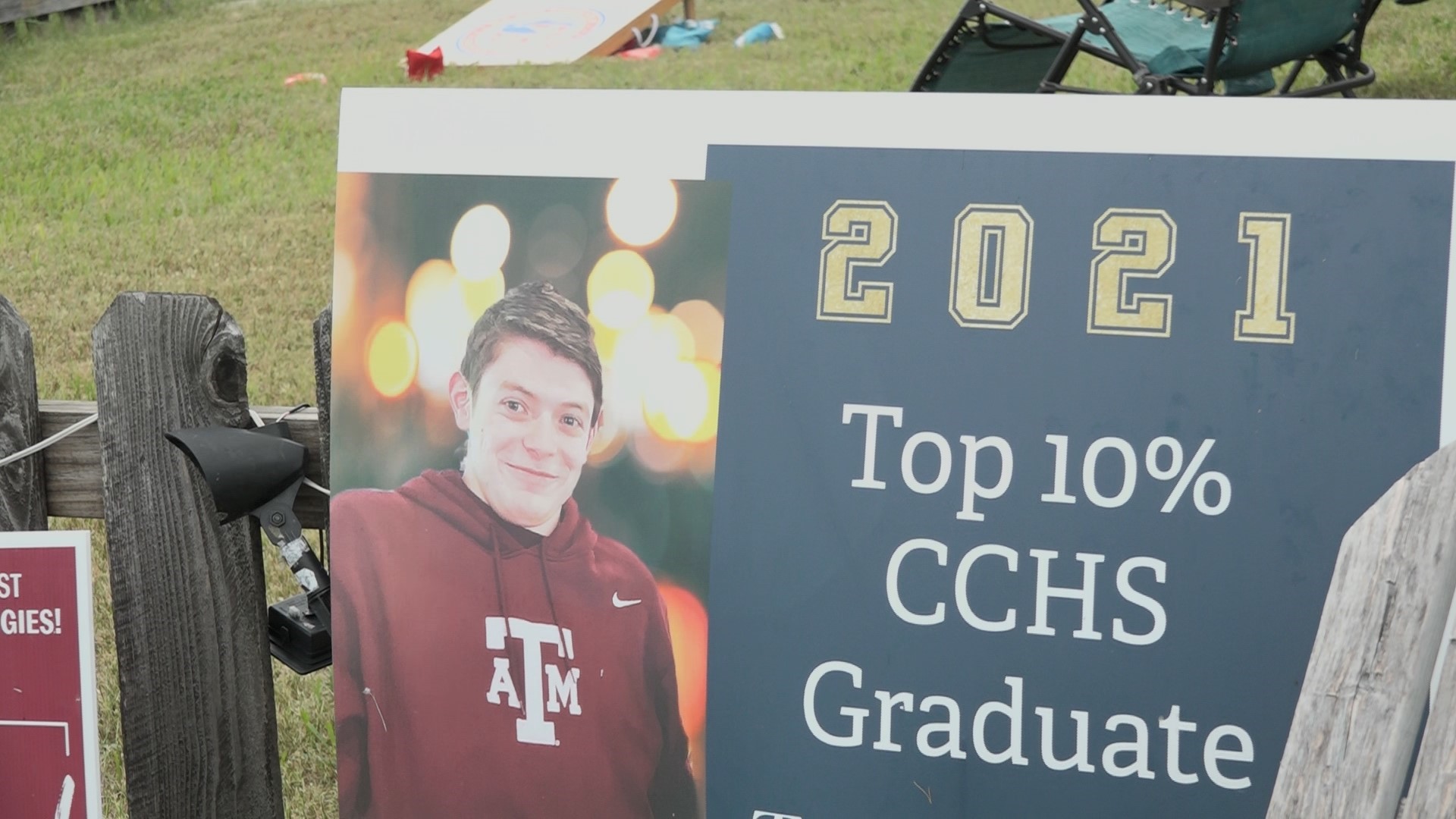 COPPERAS COVE, Texas — A Copperas Cove teen who faced many medical challenges was able to graduate with the rest of his peers and excel while doing so.

18-year-old Trent Davidson has not had an easy life.

"Since he was born he was diagnosed with infantile scoliosis which we later found out was a connective tissue disorder that's called Beals Syndrome," Jenny Kennedy, Trent's mother said.

Davidson's had at least 15 surgeries on his back. His childhood was full of doctor's appointments and sometimes weeks off from school for recovery, but he never let that stop him from being successful.

"I think a lot of it was the people I had around me. I had some great people just all around me whether it was friends or family or advisers or teachers," Davidson said.

Davidson graduated from Copperas Cove High School in the top 10 percent of his class with a 4.25 GPA and a score of 1380 on his SAT.

"I have no idea where he got it from he's just a self-motivating student and child," Kennedy said.

That motivation did not go unnoticed. He was recently awarded 2 scholarships totaling $3,500 for accepting the challenge of excellence or ace award through the Exchange Club. He won the award for the Copperas Cove level and district level. He's now in the running for the state title.

"This is basically building my future in a way that I didn't know I would be able to prior," Davison said. "So having the scholarship there allows me to go onto my freshman year knowing that I don't have to put so much of it on myself. And I'm super grateful for that."

"There are people that have supported me for nothing like they were doing it out of the kindness of their hearts. And i think it was only fair for me to do the same thing in return for everyone else," Davidson said.

His mother said Davidson wouldn't be here if it weren't for the generosity of others and thanks everyone who played a role in his life.

"Without blood donors then he wouldn't be here right now achieving his dreams. So that would be one thing just get out there and donate blood and make kids dreams come true one day when they grow up," Kennedy said.

Davison heads to Texas A & M in the fall to study mathematics.