Houston artist pays homage to George Floyd and his community

George Floyd grew up in the Third Ward community of Houston. 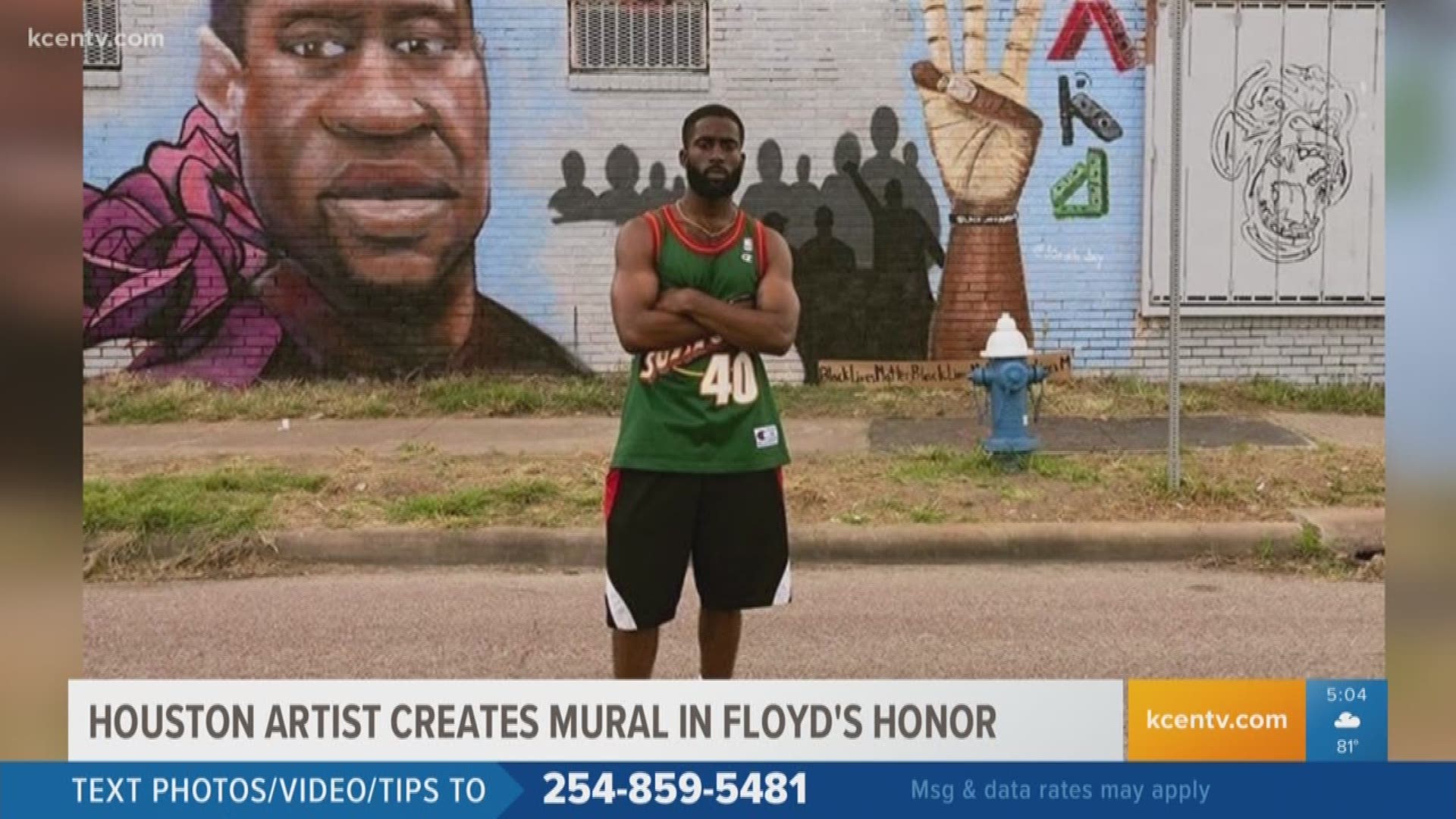 HOUSTON, Texas — The killing of George Floyd has become a catalyst in civil rights history. It caused many protests and marches against police brutality.

The endless chants of "I Can't Breathe" and "Say His Name," are a call for justice all over the world, but for the Third Ward community in Houston it has an unexplained void.

In honor of Floyd's life, a local artist found a way to bring light back to a grieving community.

The historical Third Ward community, sitting near downtown Houston, is a predominantly African American community that is known for its rich culture and legacy.

It is home to many black owned businesses, museums, historically black schools, such as Texas Southern University, and known to be the birth place of Houston's social activism.

Jonah Jackson, a native of the Third Ward, used his artistic skills to bring a sense of hope to those who visit the memorial mural.

His painting represents surrealism, abstraction, unity and pays homage to the community that Floyd loved the most.

Jackson, who found his love for art during his undergraduate studies at the University of Texas at San Antonio, recalled how he was selected to be part of this project.

"This opportunity came at me randomly," said Jackson "It was literally word of mouth via Instagram. My new friend made a video looking for artists for the mural. It went viral. Someone sent it to me, and the rest is history."

He read about the tragedies of Trayvon Martin, Sandra Bland, Michael Brown, and many more, but to watch someone from his own community die at the hands of law enforcement, gave him an uneasy feeling.

"As an individual and a black man in this nation, the killing of George Floyd only further let me know that when I leave my house everyday and tell my mom bye, that just might be the last time I see her because its probably someone out there that judges me based on the color of my skin", said Jackson.

While the community starts its fight for justice and change, these murals that are being put up around the community help to keep the spirit and legacy of Floyd live on.

Jackson's unique style of painting gives a message of unity through its colors.

"The section of the mural that I did shows one of the hand signs of Third Ward," said Jackon. "Being that I anthropomorphize dominoes in my artwork, to the right of the hand. The dominoes spell out A-R-D. The three fingers make the W, which equals Third Ward. The dominoes are the colors of the Pan-African flag to show that the black community can lean on each other to uplift and support ourselves."

The mural has not been up for a full week and it has already become a must see landmark in the heart of Third Ward.

"Seeing family, friends, and people I don't know happy about what I'm painting is a feeling that's indescribable." said Jackson. "It's definitely something I see myself doing more often."

To see more of Jonah's artwork, visit his website jonahjay.art.