If you haven't seen Aaron Konzelman's raspy and deep rendition of "Ordinary World" by Duran Duran, you need to! 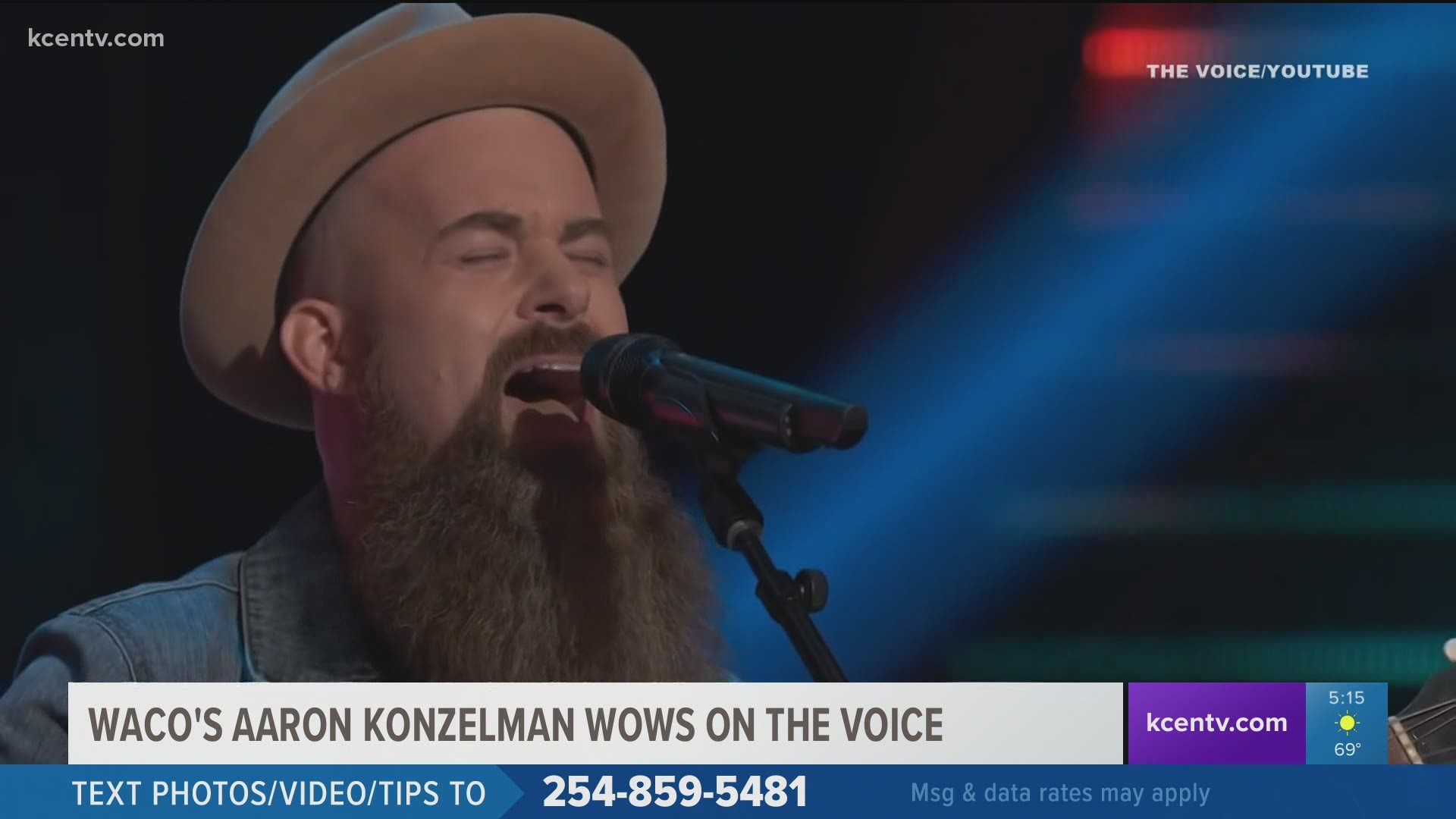 On Tuesday, Waco musician Aaron Konzelman found himself doing a blind audition on the hit NBC show "The Voice."

The 39-year-old wowed judges Blake Shelton and John Legend with his raspy and deep rendition of "Ordinary World" by Duran Duran. The two judges smashed their buttons, turned their chairs toward Konzelman and competed to have him on their team.

"We don't get a lot of artists like you," Shelton said. "I guess you perform a lot?"

To that, Konzelman revealed that he and his wife, Amanda, have been writing and performing songs for the past 18 years.

Turns out, the two formed the band, the Union Revival and they perform Americana Folk Rock. The two have played in cities like Houston and Austin, in addition to regularly performing in Waco.

In the end, it wasn't a hard decision for Konzelman. He chose Team Blake.

"We have way more in common than you and John," Shelton said.

Konzelman, who is a self-proclaimed jack-of-all-trades, said he hopes "The Voice" will make music his full-time career.

You can catch Konzelman on "The Voice" on Mondays and Tuesdays at 7 p.m. central on NBC.