'Kindness spreads like wildfire': Meet the 16-year-old who has given Christmas to 430 kids

Charlie Borowczak used his own money to adopt angels from the Salvation Army when he was just six years old. 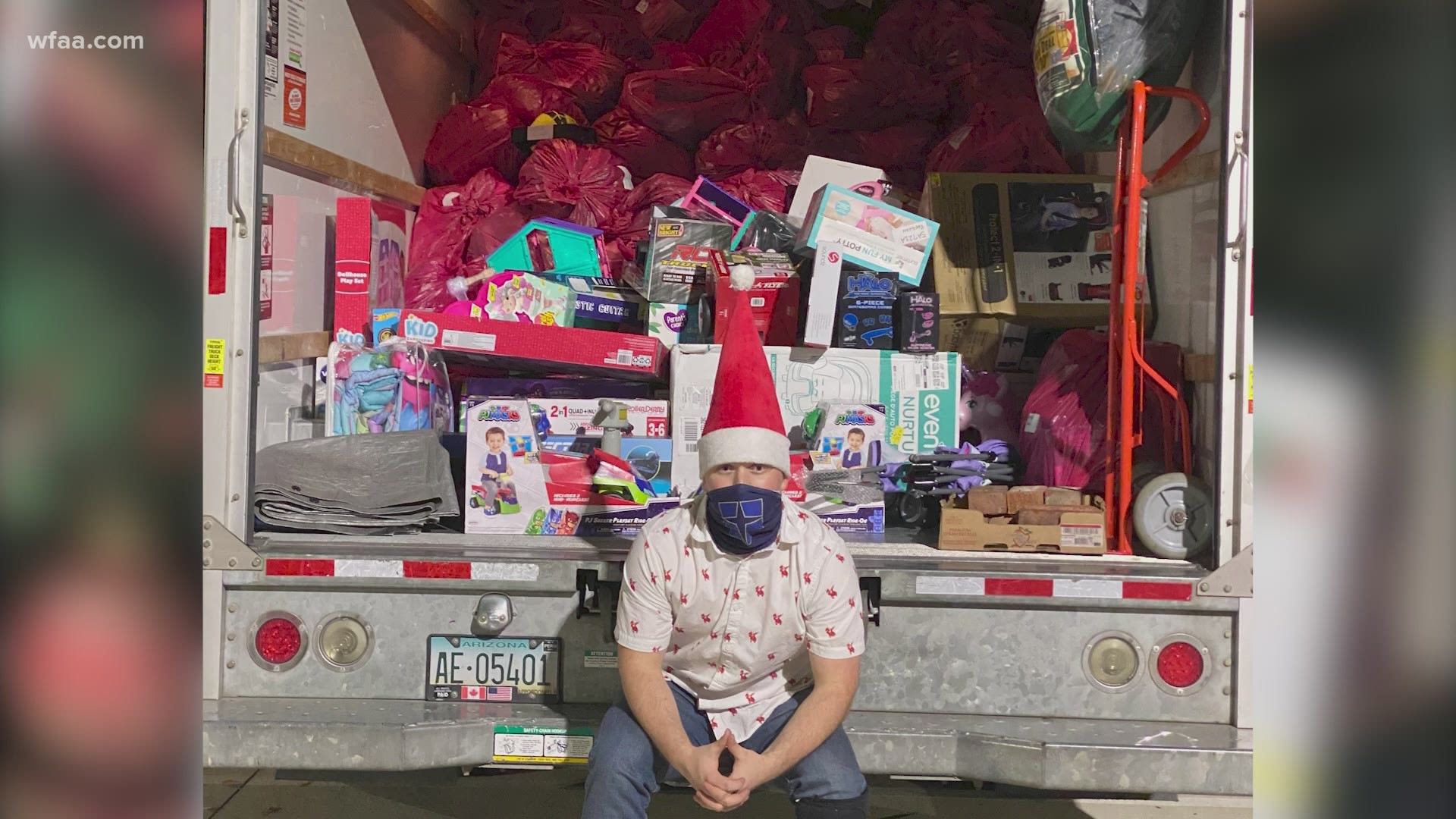 DALLAS — A couple of weeks before Christmas 2010, Charlie Borowczak’s mom recorded a video of her 6-year-old son in front of their Christmas tree proclaiming his wish for Christmas: that the two angels he adopted off the Salvation Army Angel Tree at NorthPark Center in Dallas would be thankful for what he got them.

He said he’d pray for them in a high-pitched little boy’s voice.

For Christmas 2011, Charlie had a new goal and his parents recorded a new video.

“Hi, I am Charlie. I am 7 years old,” Charlie said to the camera. “And I have started a nonprofit called Charlie’s Angels.”

“I want to adopt at least three angels this year. Because last year I tried this and I only adopted two angels, so if there’s any odd jobs you could have be do for you, I’d really appreciate it!” he said.

Credit: Courtesy
Charlie Borowczak used his own money to adopt angels from the Salvation Army when he was just six years old.

A tradition was born.

A couple of weeks before Christmas 2020, a now 16-year-old Charlie smiled as he told WFAA about all he’s accomplished.

His voice and determination have significantly deepened through the years.

Charlie has vivid memories of Christmas 2010.

His parents had adopted one of the angels off the Salvation Army’s Angel Tree, and he wanted to do the same.

His mother said he could if he earned the money to buy the gifts himself.

He remembers doing chores for his grandpa and making enough money to adopt two angels.

“It was the first time I really remember trying to fathom that someone else otherwise would not have woken up with presents,” he said. “That feeling possessed me. And I remembered it the next year. And I said, ‘I want to do this again.’”

Charlie has spent every summer since mowing lawns, power washing driveways, cleaning windows – doing all sorts of odd jobs for family and friends to raise money for Charlie’s Angels.

Every year, he’s adopted more angels than the year before thanks to his own fundraising and donations from friends and families. A YouTube video documents his annual efforts.

He was aware that COVID meant donations might be slow to come in, but he wasn’t aware of the difficult personal challenges he’d also face.

His beloved grandfather passed away in the fall, days before he lost a classmate to suicide.

Football was his one escape from the loss.

And just days after both deaths, Charlie broke his ankle during a scrimmage.

He needed surgery and he was on crutches.

There was no way to work and raise the money he still had left to raise for Charlie’s Angels.

“It was almost a test,” he said. “Something to definitely overcome.”

He launched a GoFundMe. Through donations from strangers, family, and friends, he surpassed his goal.

“I know they’re looking down right now and they’re proud of this,” he said of his grandfather and friend. “They wouldn’t have wanted me to quit.”

His efforts have grown so large, he now rents a U-Haul truck and drives bags of carefully labeled and sorted gifts straight to the Salvation Army warehouse.

Friends and family came through with donations. He raised $18,500 this year and adopted 185 angels! He needed a U-Haul to get everything to the #SalvationArmy warehouse for distribution. pic.twitter.com/IbQnxqvhMU

Charlie said he’s been offered a chance to meet some of the recipients of his gifts face to face, but he’s turned it down.

“Some of the exhilaration I get is waking up on Christmas morning and just imagining their face. I want to imagine how they’re feeling,” he said. “It’s a little more sacred this way.”

Several of his friends are now heavily involved with his annual project.

“You’ve got these football players who are, like, so macho. And it’s heartwarming to see them get really into it,” he said.

He knows it’s unusual to see a teenager so committed to a project he started as a 6-year-old.

But that’s who Charlie is.

“I’ve always valued certain things – just helping your fellow man,” he said. “I get a rush when I know I’m making a difference.”

Charlie hopes to adopt 200 angels in 2021, and his only plea is that more people take part in the Angel Tree program because “kindness spreads like wildfire.”

He knows he’ll likely have to put his project on hold when he’s in college – he has his eyes on either Texas A&M University or a military academy.

He wants to become an officer in the military and serve his country.

“When I come back to civilian life, I’m definitely going to start it again,” he said.

“Just better the world – just a little bit at a time.”