2017 was one of the worst years for violent crime in Killeen, but in 2018 murders and robberies dropped over 50 percent each. Channel 6 checked in with Killeen police to find out what they are doing differently. 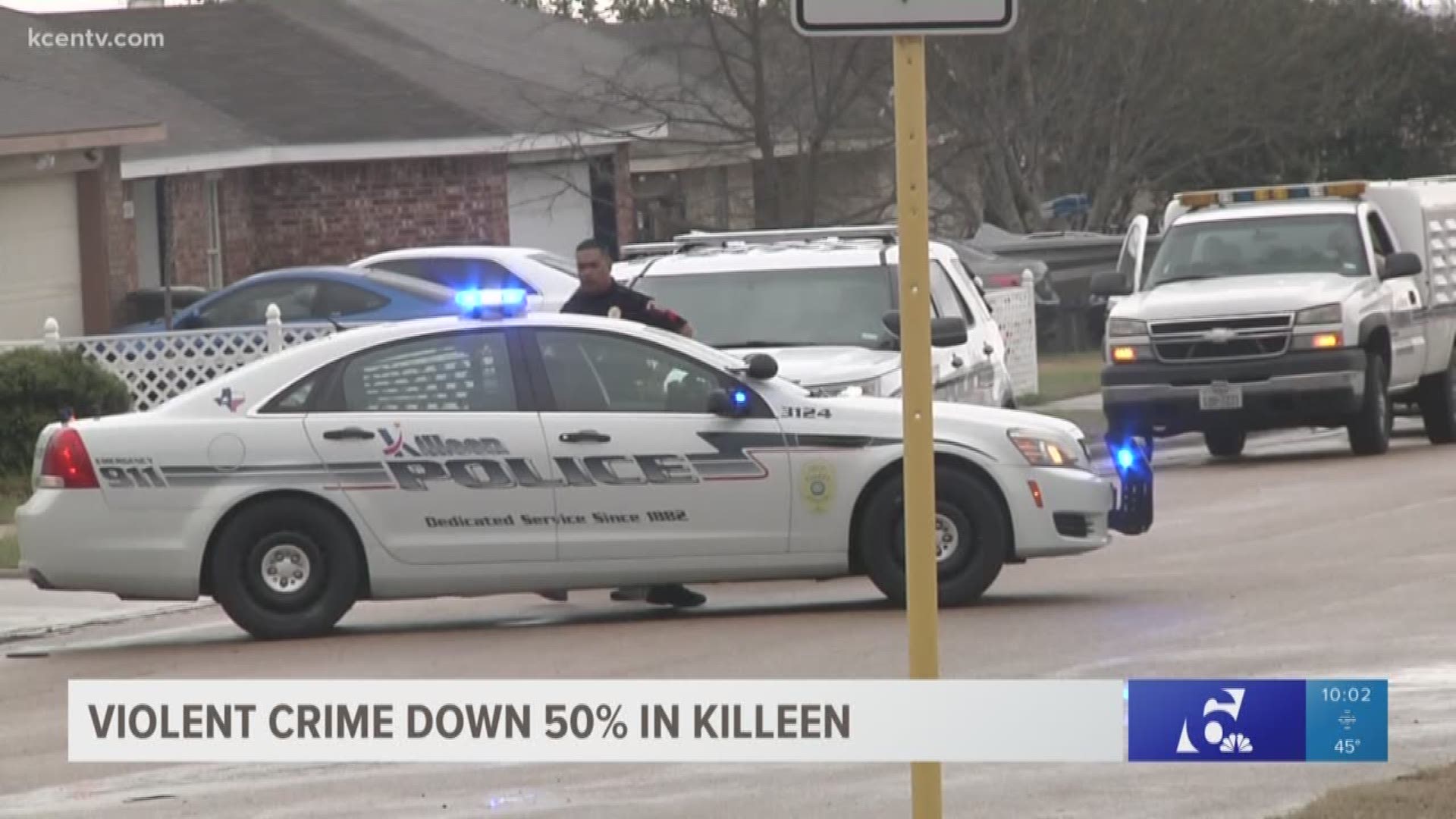 KILLEEN, Texas — Killeen Mayor Jose Segarra released his 2019 State of the City in late January and declared violent crime was down significantly.

Andrew Moore took a look at what the Killeen Police Department did differently in 2018 to get these results.

Police Chief Charles Kimble was hired in September 2018 and decided to re-focus the department on preventing violent crime.

"When Chief Kimble came on board he really wanted to focus on reducing crime and enhancing public safety," CID Commander Jeff Donohue said. "As an example: Murders. Lets look at the people who are doing these murders, put more resources on that."

The Killeen Police Department worked with the FBI and ATF to identify the most significant criminals in the area. Donohue called these criminals “repeat offenders.”

With the help of federal agencies, he said, people committing violent crimes were taken to Waco to be pursued in the federal court system. He said it helped remove criminals from the street much faster.

The Killeen Police Department asked the D.O.J.'s Office of Justice Programs Diagnostic Center for assistance in 2017 in assessing the scope of violent crime in the city and reviewing response policies.

"The way we collect evidence now is different than we did a year ago when it comes to violent crimes," Chief Kimble said. "A shell casing from a weapon, gives you a lot of information about that weapon. So now we have databases we can use on violent crime investigations."

Kimple said there were other best practices that helped officers better interview witnesses and investigate car thefts as well.

Following another recommendation, KPD hired a crime data analyst to become more efficient while solving crimes. The analyst came on board in mid-2018 and Kimble told Channel 6 it has already made a big difference in the way they work.

"When [our officers] go out, they are not just armed with the information from the night before, or from fellow officers. Now they have information, map data, information from our military partners... that we give to them in our policing efforts." Kimble said. "Now we patrol smarter."

4.Partnerships with other law enforcement agencies

KPD now works with the Bell County District Attorney’s Office, the US Attorney’s Office out of Waco, the Texas Department of Public Safety, the FBI, ATF, DEA and US Marshals to share information, get warrants and put repeat offenders in jail.

One of the final D.O.J. recommendations for the Killeen Police Department was to be more involved in the community.

Chief Kimble said that the department now acts with information from citizens as well as partnering agencies to help officers patrol more efficiently. Commander Jeff Donohue told Channel 6 there have been many more events to help KPD get more involved in the community.

"As far as community outreach, I've been here 26 years and I don't think it has ever been better," Donohue said. "We are constantly going out... and doing a good job of that."