Calm prevails on Inauguration Day at state capitols across the US

Violence at the Capitol riot on Jan. 6 put law enforcement on high alert at capitals across the US before Inauguration Day, but Wednesday stayed largely calm. 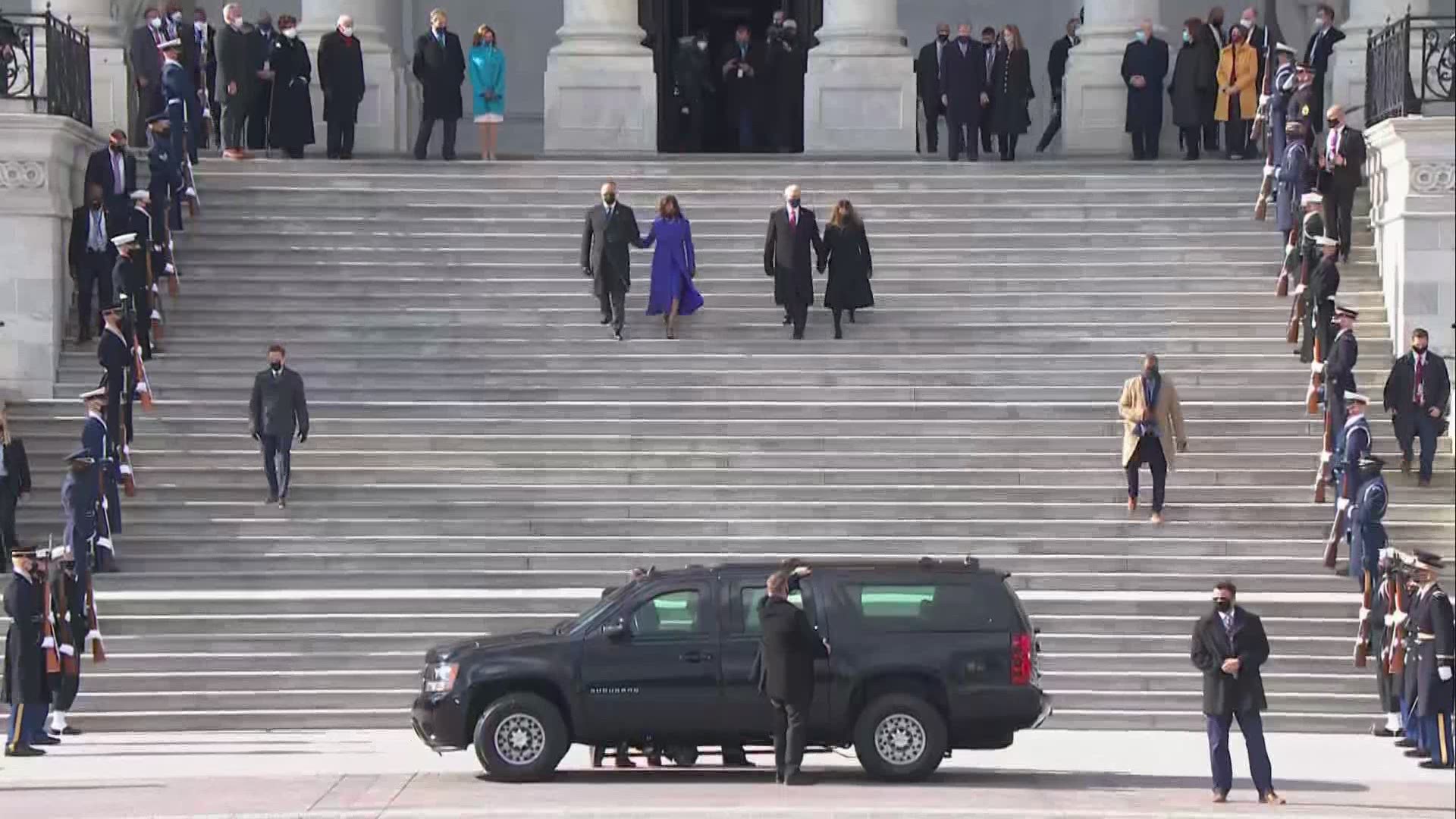 After days of worry about anticipated violence at capitals across the country after the Capitol riot on Jan. 6, Inauguration Day largely shined calmly as a new administration took the helm of the executive branch.

Calm prevailed outside heavily fortified state capitol buildings across the U.S. as Joe Biden was sworn in as president.

One Trump supporter in a red MAGA hat stood outside the California Capitol as President Joe Biden took the oath of office.#InaugurationDay @sfchronicle pic.twitter.com/bKjxHbxAOQ

The FBI had warned of the possibility for armed demonstrations leading up to the inauguration after President Donald Trump repeatedly and falsely claimed the election was stolen from him.

Mark Leggiero is the one lone Trump supporter out in front of the NYS Capitol. He says he expected a few thousand ppl here and is disappointed. He said he drove 45 minutes for a peaceful protest pic.twitter.com/hDtCLYFpLq

Fewer than a half-dozen demonstrators showed up outside the capitols in Concord, New Hampshire, and Lansing, Michigan. A lone protester wearing a “Make America Great Again” hat stood outside a chain-link fence surrounding the California Capitol in Sacramento, as dozens of police officers and National Guard troops guarded every entrance.

Three protesters were outside the Nebraska Capitol in Lincoln, one waving a flag that read “Biden is not the president.”

Dump trucks, prison buses and other government vehicles were used to barricade streets around the Georgia Capitol in Atlanta, though no protesters were there.

Michigan lawmakers canceled a session scheduled for Wednesday out of caution. But in Wisconsin, legislators planned to move ahead with a committee hearing that was to be open to the public.