"Baylor claims to love its LGBTQ+ students, yet they refuse to grant us access to any form of student support system," a Baylor student said in the lawsuit. 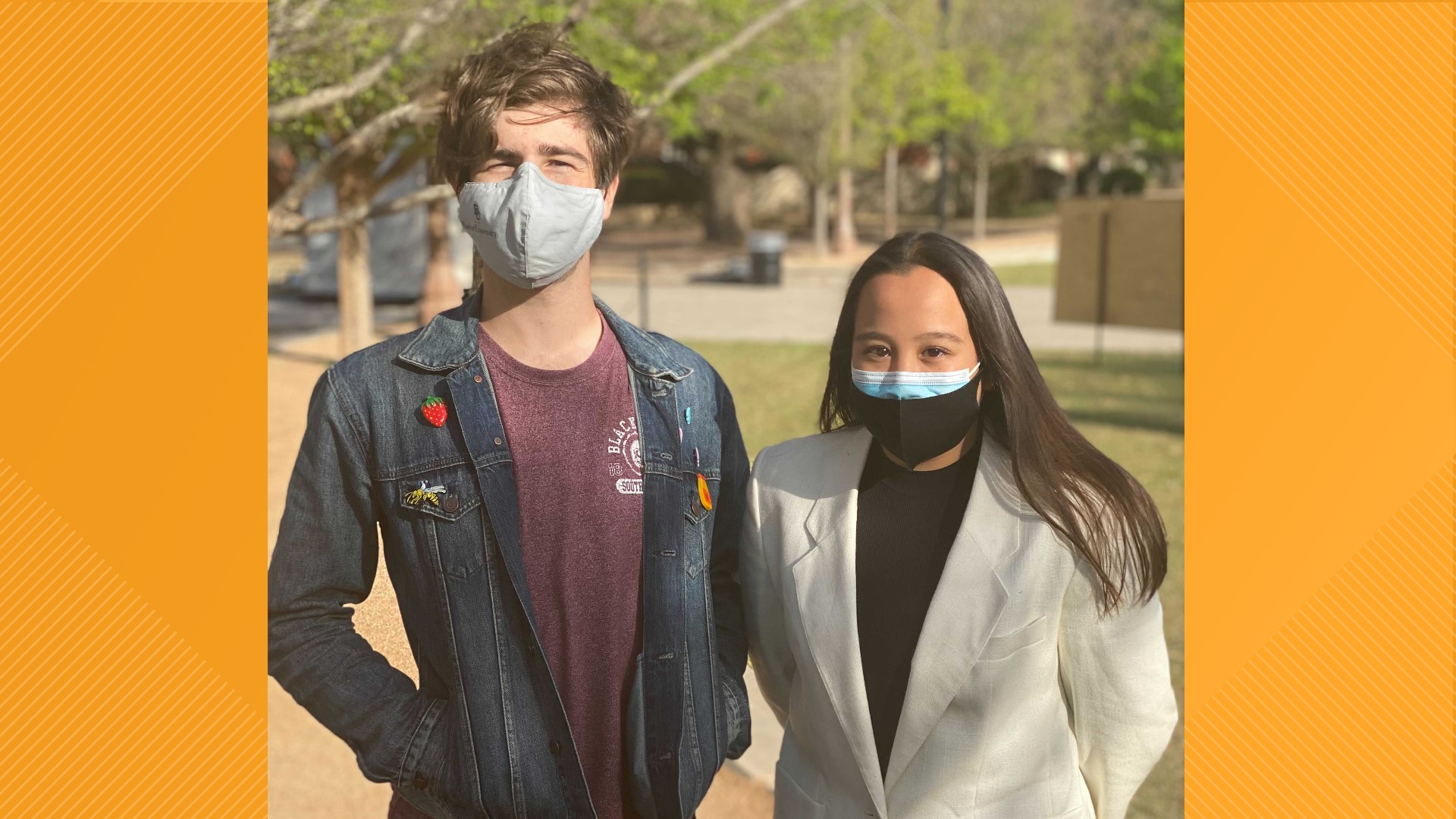 WACO, Texas — Two Baylor University students are part of a class-action lawsuit against the U.S. Department of Education where they, along with 31 other students across 18 states, claim they regularly face discrimination at their federally funded Christian colleges and universities.

The lawsuit, which was filed by the Religious Exemption Accountability Project (REAP) on Monday, aims to strike down Title IX's religious exemption.

Title IX is a federal civil rights law that prohibits sex-based discrimination. However, it contains an exemption for religious entities, including federally funded Christian colleges and universities like Baylor. As a result, these institutions are allowed to enforce policies that are discriminatory against LGBTQ+ students, the lawsuit claims.

The class-action lawsuit argues this exemption is unconstitutional and allows the department to "breach its duty" to LGBTQ+ students attending religious colleges and universities.

In the lawsuit, the two Baylor students are identified as Veronica Bonifacio Penales and Jake Picker. Penales describes herself as queer while Picker defines himself to be bisexual. Both students give accounts on the discrimination they say they've faced from the university itself.

Penales says she has been harassed online and on campus by other Baylor students because of her sexuality. She describes incidents where a Bible with anti-LGBTQ+ passages were highlighted and left at her dorm room with a note saying, "I'm praying for you." She also says she frequently gets Post-It notes on her dorm door with the slur "fa*."

Penales said she reported these incidents to Baylor, but nothing was done by the Texas Baptist university.

"The school's common response to my reporting hate on campus is that I should go to counseling," Penales said in the lawsuit. "As a result, I stopped reporting incidents."

"Baylor encourages its students who 'struggle' with same-sex attraction attend its counseling center," the lawsuit claims.

According to Baylor's Human Sexuality policy, "we believe that Baylor is in a unique position to support our students, including those who identify as LGBTQ, because of our Christian mission and the significant campus-wide resources available."

However, the lawsuit claims "Baylor's policies show that the school's 'love your neighbor' lifestyle does not extend to sexual and gender minority students."

According to Baylor's statement on human sexuality:

"Baylor will be guided by the biblical understanding that human sexuality is a gift from GOD and that physical sexual intimacy is to be expressed in the context of marital fidelity... Temptations to deviate from this norm include both heterosexual sex outside marriage and homosexual behavior."

Its policy also forbids "advocacy groups which promote understandings of sexuality that are contrary to biblical teaching," according to the statement on human sexuality.

"Baylor claims to love its LGBTQ+ students, yet they refuse to grant us access to any form of student support system," said Picker, who is a leader in the unofficial LGBTQ+ Gamma Alpha Epsilon club.

Baylor's policy states that they expect students to refrain from joining groups that "promote understandings of human sexuality that are contrary to biblical teaching."

"They treat our existence like there is something inherently wrong with us," Picker said.

The lawsuit highlights how, for the past 10 years, Picker's club has repeatedly asked the university to approve it as an official club, but Baylor has denied their request every time, "cutting off an important source of representation and restricting the ability of LGBTQ+ students to support one another."

Yet in February 2021, the Faculty Senate voted in favor of the chartership, but the ultimate decision is up to Baylor's Board of Regents and President Dr. Linda Livingstone. The club is still waiting on a decision.

"Charter Gamma or continue unequal treatment of students[?]," the club said in an Instagram post. "... We must continue to put on the pressure."

Though Penales and Picker are identified in the lawsuit because they Baylor will unlikely discipline them for identifying as LGBTQ+, the students still could "face discipline if they openly show affection for a same-sex partner on campus," the lawsuit states. Thus, the lawsuit argues Baylor's stances "creates a hostile environment for its LGBTQ+ students."

"Baylor has made its LGBTQ+ students feel like they are less than and undesirable," the lawsuit claims.

6 News has reached out to Baylor University for comment. The school issued the following statement:

“Baylor University maintains certain rights to exercise its freedom of religion under the U.S. Constitution and other federal laws without interference by the government. This includes exemptions for religiously affiliated institutions that uphold traditional religious beliefs about marriage and sexuality. As part of our Christian mission, Baylor continues to strive to provide a loving and caring community for all students, including our LGBTQ students.”

This is a developing story.