A Central Texas student claims she was denied Valedictorian by a slim margin after a clerical error by a nearby community college resulted in a dual credit grade being incorrectly provided to her high school. 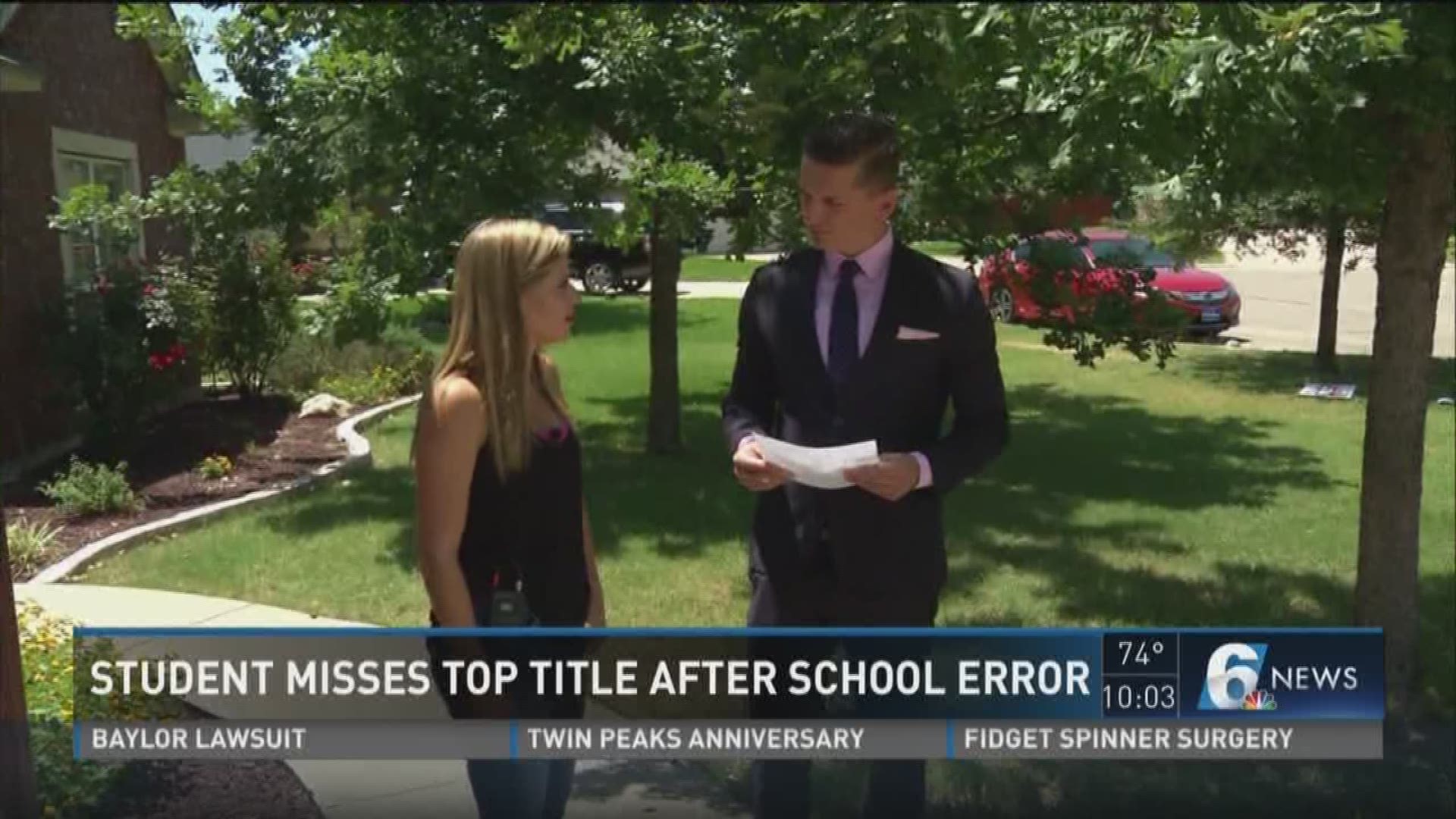 A Central Texas student claims she was denied Valedictorian by a slim margin after a clerical error by a nearby community college resulted in a dual credit grade being incorrectly provided to her high school.

Allyson Talbott is a senior at Rogers High School in Bell County, Texas, where she took dual credit courses at Temple College. In addition to her athletic accomplishments as a high school cheerleader, Talbott found time to complete her associate's degree through Temple college before her scheduled Rogers ISD graduation on May 25.

But, Talbott claims a dual credit grade of 97.5 was incorrectly marked as 92 by Temple College. And, when the incorrect grade was provided to her high school, it made the .075 point difference that ranked her Salutatorian instead of Valedictorian.

"This is utterly wrong and disrespectful," said Talbott in a Facebook post. "I was fine with being number two, but after realizing my grade was calculated incorrectly and the school is refusing to recalculate it, I am beyond mad."

"All Temple College faculty and staff concerned with this grading error in the misreporting of the 8-week mid-term grade apologize for this mistake and fully realize the implications this type of error potentially has on the ISD partner, learner(s), and their parents," Spencer wrote in the letter.

In a statement provided to KCEN-TV Wednesday, Temple College said it was made aware that Talbott was appealing her midterm grade during the last week of the semester. Once administrators realized the grade was wrong, they immediately submitted an amended grade to Rogers High School on May 15, Temple College said.

"Temple College takes great pride in serving the educational needs of the learners within our service area and regrets that this situation occurred," Temple College said.

But, Talbott claims despite the mix-up she was informed she would still be Salutatorian instead of Valedictorian.

Rogers High School said it was first notified of the mix-up by phone on Monday. Rogers Independent School District Superintendent Joe Craig said when he followed up with Temple College, he was initially told the lower grade would have been accurate at the time.

However, based on Temple College's subsequent apology and admission that the grade was wrong, Craig has been following up to get to the bottom of the incident.

Reached by phone Wednesday afternoon, Craig told KCEN-TV he was in active contact with Temple College. He said he would provide an update if any changes were made as a result.

Talbott plans to attend Baylor University in the fall.